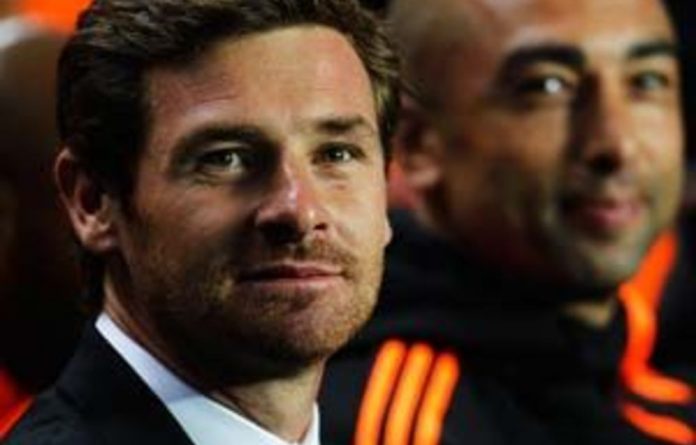 André Villas-Boas has enjoyed a steady if unspectacular start to his reign at Chelsea but the Portuguese coach will get a clearer idea of the challenge he faces to wrest the title away from Manchester United when the Premier League heavyweights meet at Old Trafford on Sunday at 5pm.

United have begun the season in scintillating form, with England striker Wayne Rooney leading a goal-hungry attack that has banged in 18 goals in four games.

They drew 1-1 at Benfica in their Champions League group opener on Wednesday.

The exploits of Rooney, Javier Hernandez and Ashley Young will have given the thoughtful Villas-Boas plenty to ponder as he looks to continue his own good impression in his first season in English football.

Unbeaten Chelsea have won three in succession after an opening-day goalless draw at Stoke, with Villas-Boas bedding in new signings Juan Mata and Raul Meireles while still searching for the spark that will ignite misfiring striker Fernando Torres.

Villas-Boas was clear about the magnitude of the task facing the Londoners on Sunday.

“We face Man United perhaps in their most tremendous moment of motivation and flair and style and a team that has made its impact at the beginning of the Premiership, different from last year,” he told the club’s website.

“It provokes a good challenge and I think motivation will be the key factor in the game and hopefully [we can] come back from old Trafford with a win. We will go there to try to win it and let’s see how it happens. It will be a very good game.”

Drogba injury
United’s 2-1 win over Chelsea at Old Trafford in their penultimate league match last season moved them to the brink of a record 19th English league title, a milestone they achieved a week later.

With striker Didier Drogba not expected to be fit for Sunday as he continues to recover from a head injury, Villas-Boas must choose what to do up front.

He could either keep faith with Torres, who created both goals in the 2-0 Champions League win over Bayer Leverkusen on Tuesday but has only one goal to his name since joining in January, or restore Nicolas Anelka to the starting lineup.

John Terry, rested for the Leverkusen game and Frank Lampard, who came on as a second-half substitute, should start.

United defender Rio Ferdinand, who missed recent games against Tottenham Hotspur and Arsenal with a hamstring injury but played against Bolton Wanderers last weekend, did not make the trip to face Benfica on Wednesday as “just a precaution”, according to manager Alex Ferguson.

Goalkeeper David De Gea, rested for the Benfica game, will be restored to the starting lineup, Ferguson said, with Anders Lindegaard returning to the bench.

The champions will be without Nemanja Vidic who sustained a calf injury, along with Tom Cleverley, Danny Welbeck and Rafael with foot, hamstring and shoulder injuries respectively.

A solid start
Like United, Manchester City have made a perfect start with Argentine striker Sergio Aguero having already repaid a large slice of his transfer fee from Atletico Madrid by hitting six goals, including a hat-trick against Wigan last weekend.

City travel to the capital to take on Fulham on Sunday at 4pm.

Liverpool, who suffered their first defeat of the season in a 1-0 loss at Stoke on Saturday, are also in London to take on Tottenham Hotspur on Sunday at 2.30pm.

Manager Kenny Dalglish met with referees’ chief Mike Riley this week after being unhappy with the officiating at Stoke.

Premier League debutants Swansea — yet to score a goal in four games — will look to end that drought and pick up a first three points when West Bromwich Albion visit Wales on Saturday at 4pm.

As well as Fulham and Swansea, three other sides have yet to register a win.

Bottom club Blackburn Rovers take on Arsenal at home in the Saturday lunchtime kickoff of 1.45 and Norwich City, with two points from four games, visit Bolton at 4pm on Saturday.

Sunderland, who have so far failed to replicate last season’s form which earned a 10th-place finish, host Stoke on Sunday at 4pm. — Reuters

It may leave a sour taste in the mouth, but the lack of sanction for Manchester City, aside from a fine that amounts to small change, doesn’t affect the bigger picture
Read more
Advertising