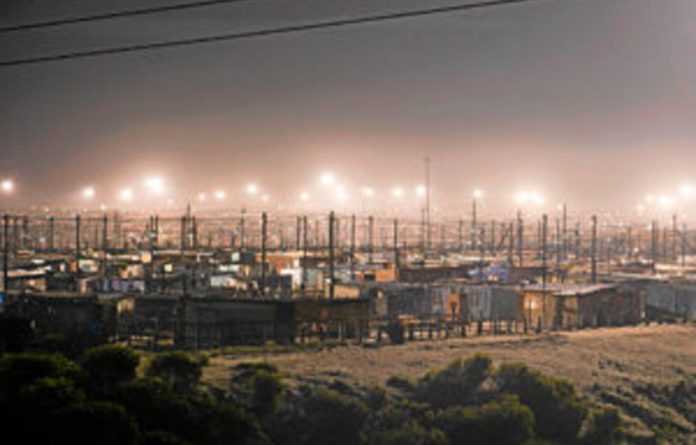 The department of energy appears determined to go ahead with the building of two peaking power plants at a cost of R8-billion, in spite of criticism that the plants may not be needed to meet South Africa’s electricity needs and that they will be too costly for South African consumers. Critics have also raised concerns about governance, as the state appears to have given the project special treatment. Concerns have been raised at a time when the department has launched an inquiry into the business interests of a senior department official, Ompi Aphane.

Aphane, a deputy director general responsible for electricity, nuclear and renewable energy, is among the highest ranking technical figures in the department, wielding a great deal of influence in a matter where the state has long been involved: the peaker project, as is it known. But Aphane told the Mail & Guardian that he could not comment on the department’s investigation or on perceptions that he was seen as something of an energy tsar, especially in the electricity arena. And he was adamant that the project was in no way a “pet project” of the department.

The energy department has excluded the peaker project from meeting the requirements of revised regulations on new electricity generation capacity published in May. These include exempting it from provisions for conducting feasibility studies for any proposed new generation capacity as well as provisions ensuring that, when a power-purchase agreement is signed, it meets basic tests such as value for money. The problems came to the fore during public hearings held by the National Energy Regulator (Nersa) in mid-July.

Premium Power, a proponent of demand-response services and demand-side management, argued that the rationale for the project had fallen away. Premium Power noted that the peaking power capacity was sufficient, since Eskom had ramped up its investment in peaking capacity in recent years. Furthermore, it argued that, aside from the unnecessary costs this would impose on the consumer and Eskom, which would be the buyer of the electricity, there was insufficient information for either the public or Nersa to make an informed decision.

In a second submission to Nersa, senior researcher at the Institute for Democracy in Africa (Idasa), Gary Pienaar, argued that the discretionary powers given to the minister by the regulations created serious governance risks in relation to the procurement of independent power. Pienaar noted that the impression was being created that the department was determined to implement the peaker projects whether or not the capacity was required and without proper consideration of the costs that could be passed on to Eskom and, ultimately, to the consumer.

The peaker project is expected to use diesel to run open cycle gas turbines (OCGTs). The turbines will be built at two separate sites, one near Avon in KwaZulu-Natal, the other in the Coega Industrial Development Zone. It has been controversial since the initial bid process began in 2008, following a Cabinet decision to launch the programme in 2004. Only two applicants submitted bids, the first a consortium named AES Khanya, the second known as the GDF-Suez Consortium led by global energy company GDF Suez. After buying out British-based International Power (IPR), GDF-Suez’s energy operations in South Africa became part of IPR.

In 2008 the GDF-Suez consortium’s bid was judged non-compliant and AES Khanya was selected as the preferred bidder. But after negotiations broke down, the department entered into talks with GDF-Suez, citing the critical state of emergency that the country’s power grid was experiencing as justification for not restarting an open-tender process. Aphane said the peaker project had been incorporated into the country’s latest integrated resource plan, the IRP2, and was a matter of policy. The Sunday Times reported this week that Aphane was being probed by the department for alleged undisclosed business interests through a company called Lesedi Engineering Services, which has contracts with the state for the supply of emergency generator sets.

Although Aphane refused to comment on the investigation and directed questions to the department, he flatly denied that the peaker project was a “pet project” or that he was driving it with particular enthusiasm.

“This is part of committed power projects under the IRP,” he said. To “parachute out of these projects” would create enormous uncertainty for investors. But both Pienaar and Premium Power questioned why the peaker project was included in the IRP. Pienaar said it appeared that the department factored in the peakers by “dint of a policy preference and not on the basis of any rational review of whether this capacity is required”. “No explanation was offered at the time, neither was there any opportunity for public consultation,” he said.

But Aphane said that “to create controversy” about the project would require re-opening debate on the entire IRP, which would undermine the credibility of the process to develop the document. The project was “ready to roll”, he said, subject to the granting of a generation licence and final due-diligence processes required for its financing. Nersa cannot grant the peaker project a licence without a determination being made by Energy Minister Dipuo Peters under section 34 of the energy regulation.

It requires that the minister, in consultation with Nersa, must, among other things, determine that new-generation capacity is needed to ensure the continued, uninterrupted supply of electricity and must ensure that it is procured through a fair and equitable tender process. Thembani Bukula, electricity regulator at Nersa, said that once the section 34 determination was made and all the required agreements, such as transmission and power purchase, were finalised, the announcement would be made. “We are hoping that all of these will be finalised within the next month or so,” he said.

The project would not go ahead, however, if the minister did not give the determination, or if it was no longer viable for some reason. Bukula said he was unsure how long the minister’s determination would take, as officials at the department had not expected the regulator to require it in the first place. He noted that IRP 2010 looked at a combination of issues, not just price or cheaper technology, in determining what to include. He referred to the department’s argument at the public hearings in defence of the peaker project, which included the fact that it was considering converting the turbines to closed cycle gas turbines (CCGTs). “They want to stimulate the gas market. This project is strategic for such initiatives,” he said.

The building of CCGTs could, however, prove to be more expensive. According to a report on technical data for the IRP by the Electric Power Research Institute (EPRI), OCGT plants are typically cheaper to build, but cost more in terms of fuel. There is little understanding, however, of the price tag of the peaker project — R8-billion — since, according to the EPRI figures the overnight cost of the two OCGT plants should be a much lower R4-billion. Neither the department nor International Power responded to requests for comment.