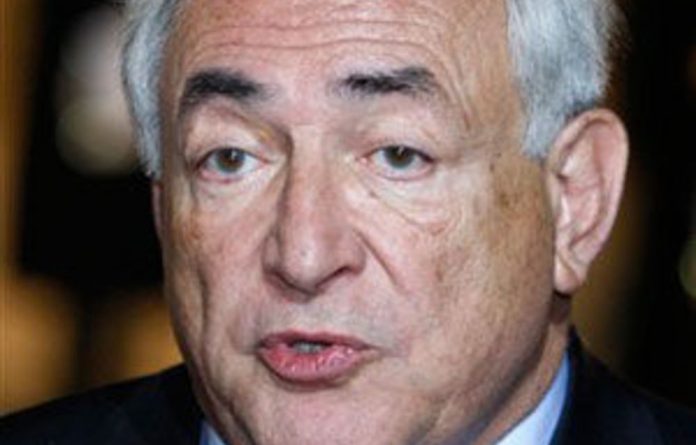 Four months after he was paraded handcuffed by New York police, former International Monetary Fund (IMF) chief Dominique Strauss-Kahn will try to put two attempted rape accusations behind him in a television interview on Sunday.

Since returning home, the former presidential frontrunner has been under pressure to explain himself and chose to do so on France’s main Sunday news show where he will be interviewed by a friend of his loyal wife.

Feminists plan to protest outside the TF1 network when the 62-year-old Socialist arrives for what is expected to be a gentle and carefully prepared run-through the events surrounding of the collapse of his political career.

“I’m expecting him to address all the questions without slipping into inappropriate voyeurism,” said lawmaker and Strauss-Kahn ally Jean-Marie Le Guen. “The French want an explanation, not some great revelations.”

Troubles far from over
Four months ago Strauss-Kahn was expected to win the Socialist nomination for next year’s French presidential election and polls made him favourite to go on to sweep centre-right incumbent Nicolas Sarkozy from office.

That was before he committed what he now says was an “error” during a seven-minute sexual encounter with a New York hotel chambermaid who promptly accused him of subjecting her to a degrading sexual assault.

Strauss-Kahn was arrested, handcuffed and briefly jailed but the criminal trial collapsed when the New York prosecutor said the Guinean maid Nafissatou Diallo’s past history of deceit made her an unreliable witness.

He firmly denied that his brief encounter with Diallo was forced — and his multimillionaire heiress wife Anne Sinclair has stood by him — but he still faces at least two more legal battles.

Diallo is pressing forward with a civil case for damages despite the end of criminal charges and another woman, 32-year-old French writer Tristane Banon, has accused Strauss-Kahn of attempting to rape her in 2003.

Police interviewed Strauss-Kahn about this charge this week and a source close to the inquiry told Agence France-Presse he had admitted “making an advance” on Banon — the daughter of a friend and a woman 30 years his junior.

Innocence maintained
Again, he angrily insists no force was used. As yet, Paris prosecutors have not decided whether or not to charge Strauss-Kahn in the Banon case but legal observers feel it would be a hard case to prove eight years on.

In an IFOP poll published by the Journal du Dimanche, slightly more than half the respondents said they wanted Strauss-Kahn to announce his retirement from public life.

Only one in five of the voters surveyed said he should still run in the presidential race — a prospect that most pollsters and political observers now say is extremely remote, not to say unthinkable.

The Socialist party primary campaign is underway without Strauss-Kahn and none of the other candidates would welcome their former comrade’s interference in the already tight race while the scandal still hangs over him.

One, anti-globalist outsider Arnaud de Montebourg, urged Strauss-Kahn to apologise for embarrassing the left and party leader Martine Aubry distanced herself, saying she thinks “what most women think” about her former ally.

One woman, Strauss-Kahn’s ever-loyal wife former newsreader Sinclair, has clearly forgiven him but many others are incensed by the warm welcome he has received in some quarters back in France since United States charges were dropped.

He will be interviewed on TFI by Claire Chazal, who has anchored the Sunday bulletin for 20 years. She is a friend and former colleague of Sinclair and has said she admires her for standing by her husband.

Feminist group “La Barbe” — known for it’s ironic protests and for wearing false beards at demos — has sarcastically called for a protest outside TF1 “in support of the Great White Men and their virile traditions”. — AFP