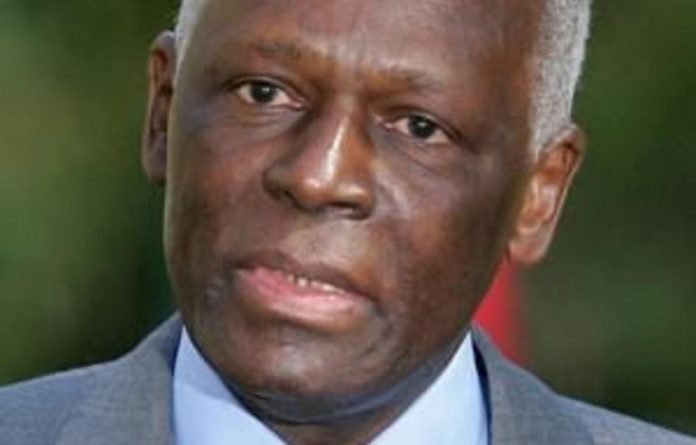 There must be a better way to celebrate a presidential anniversary than beating up dozens of young people and holding them in a high-security prison without fair trials or access to lawyers. Next Wednesday, president José Eduardo dos Santos of Angola will have been in power for 32 years. Excluding monarchs and the brothers Castro, this makes him the world’s second longest-serving leader behind president Teodoro Obiang Nguema Mbasogo, who rose to power in Equatorial Guinea on August 3 1979, just 49 days before Dos Santos.

During the past week, a police court in the Angolan capital, Luanda, has sentenced 18 people to prison for crimes of disobedience, resistance and what the court has called “corporal offences”. The defendants participated in an authorised demonstration on September 3 calling for an end to “32 years of corruption and bad governance”. Five were organisers of the protest, and were fined a total US $1 400 for injuring policemen.

According to Human Rights Watch, the defendants had visible injuries when they appeared in court, and witnesses have spoken of “a climate of intimidation and harassment by unidentified individuals”, both outside the court and elsewhere. Another trial is due to begin against a further 27 young people. This second group is accused of participating in spontaneous rallies held in Luanda on September 8, calling for the release of those who were arrested six days earlier. They have been denied access to legal representation and family members, and are being held 60km outside Luanda. In the midst of all this, Alcibiades Kopumi, a young man who was arrested on Tuesday after he restarted a hunger strike in protest against Dos Santos’s continuation in power, has been reported missing by his family.

New revolution
The regime, it would seem, has been rattled. Since March, when just 12 protesters gathered in Luanda’s Independence Square calling for “a new revolution of the Angolan people”, several more demonstrations have taken place, each a little larger than the previous one. The most recent saw several hundred young people, mainly students, take to the streets with banners declaring, “freedom or death” and “demonstrate against dictatorship”. Another protest has been announced, and is due to take place on September 24 “to demand the unconditional release of the victims of police violence on 3 September”.

These developments are significant. Self-censorship is a way of being in Angola, a country where “bufos” — silent farts, or secret police — are believed to be everywhere, listening and watching and ready to inform. What these protests show is that a growing number of young Angolans are chipping away at the ingrained fear. They are unlikely to be dissuaded by uninspired government ministers, desperate to cling to a slice of power.

‘Consolidate peace’
For example, the secretary of state for human rights, António Bento Bembe — ironically, himself a former enemy of the Popular Movement for the Liberation of Angola (MPLA), who was successfully brought in a few years ago — told the state-owned news agency Angop: “We know that Angola has just come out of a long period of war, and so it becomes necessary to consolidate peace and national unity, and to stop holding protests simply because in the media one has seen them happening in other countries.”

National unity is a tired trump card used by the MPLA since it came to power at independence in 1975. Political opposition, and inequalities based on class and entrenched ethnic and racial hierarchies, have been kept smothered beneath party mantras such as “only one people, only one nation”. However, many of those who have begun protesting this year were not alive at independence and are not burdened by feelings of loyalty to the party. Moreover, contrary to Bento Bembe’s statement that the war has “just” ended, it actually finished in 2002 when many of today’s protesters were children. They have grown up watching Angola become sub-Saharan Africa’s second biggest oil producer, a country that is celebrated by foreign businessmen and diplomats as one of the fastest-growing economies in the world. They want to enjoy some of the benefits without having to sign up to the MPLA.

This worries the older generation, not only those who snuggle around Dos Santos. This week, an Angolan friend told me how his ageing mother had expressed her distress at the recent protests. She did not understand, she said, why the youngsters were causing so much trouble given that the president only wants to remain in power until his 70th birthday. If she is right, Dos Santos will be standing down on August 28 2012. But she might be wrong. Next year, general elections are due to take place. If the MPLA wins and Dos Santos remains leader, according to the constitution he could remain in power for two five-year terms. In other words, until his 80th birthday.

However, the day before the September 3 protests, a rumour surfaced in a leading weekly newspaper, Novo Jornal, that the president is preparing to hand over power. The source, an unidentified person in the ruling party, named as the likely successor Manuel Domingos Vicente, who is due to step down as CEO and chair of the board of the national oil company, Sonangol, this month. The rumour has since been denied by other senior MPLA members, however the Luanda gossip-mill is full of talk of the regime testing the water with the Novo Jornal report, and there are some who say Dos Santos is terrified of being toppled like Egypt’s disgraced leader, Hosni Mubarak or chased underground like Muammar Gaddafi. – guardian.co.uk

Lara Pawson
This Is the Place to Be Shortlist Gordon Burn, Bread & Roses, PEN Ack'ley. In the Name of the People Longlist Orwell, Shortlist Bread & Roses @C_Conville Lara Pawson has over 570 followers on Twitter.
Facebook
Twitter
WhatsApp
Linkedin