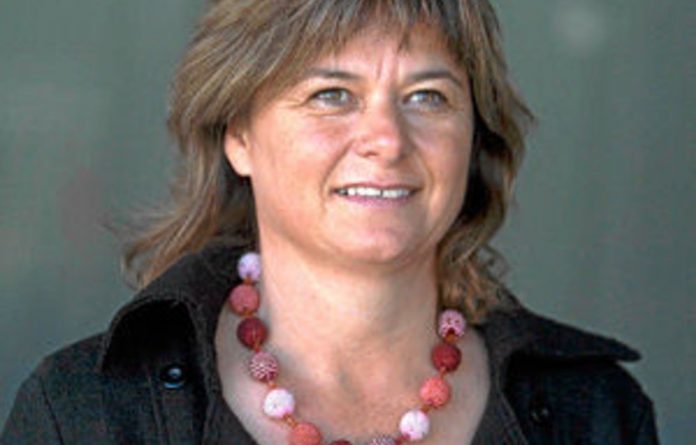 The interest I have to declare here is that I knew Hélène Smit when we were young — she was about 16 and I was about 20 when we went on a group holiday to the coast. I hadn’t seen or heard of her for 25 years when I saw that she had published a book, Beneath: Exploring the Unconscious in Individuals (Moonshine Media), which turned out to be a substantial and beautifully produced book on depth psychology.

This is the form of psychology that descends directly from Sigmund Freud, the great theorist of the unconscious. The unconscious is that part of our minds in which we place the stuff we have to repress, the feelings and memories we can’t deal with consciously — usually childhood events that we experience as trauma but have no way of working through at that age.

For Freud, the key to dealing with neuroses and other illnesses of the psyche was to uncover, to bring into consciousness and to work with that repressed material, which often drives us in ways we may not consciously understand. In complex interpersonal situations, we deploy our long-standing defence mechanisms to protect ourselves, or “act out” in ways that perform our unconscious feelings without conscious intervention.

“Whether in a romantic relationship or in the workplace,” says Smit, “I might take out my anger or sadness on you. Anything on the outside that disturbs you can trigger the ‘wild animal’ in the unconscious.”

Smit, who trained and taught as a maths teacher, now works as a facilitator of group encounters in which workplace and other dynamics can be explored and dealt with. She has lectured for many years at a business school, using depth psychology to help enhance leadership skills.

Giving voice to the voiceless
Such work (and she’s a wonderful facilitator, says Pluto Panoussis, who edited and designed the book) offers insights into all sorts of group behaviours at the social level, from London’s rioting youths to South Africa’s depressed townships.

She notes that many of London’s young rioters of recent weeks gave as their reason for their wild behaviour a desire simply to be heard; theirs are voices that the social body has hidden and repressed. Social stability and the protection of vested interests often depend on wholesale denial of elements the social body wants to forget about.

“These are group symptoms,” says Smit. “In the individual or the group, the unconscious voice will find ways to be heard. The more repressive the system is, the more the unconscious wants to be heard, and the less anyone listens. Where do all those voices go?”

In South Africa, she says, high rates of violent crime, alcoholism and the like may have to do with sociopolitical repressions: the mass of the poor populace felt, after 1994, that they were “finally going to have a voice, access to power of some kind — then the disappointment —”

Working with group psychology, especially in the business and corporate world, has become a burgeoning industry; coaching for individuals and groups is the rage. But, says Smit: “Coaches charge three times what therapists do, and a lot of people aren’t psychologically trained. Some of it works, some of it doesn’t. I think it’s getting better, but sometimes a cheap quick look at these issues in the workplace can cause more trouble than it solves.”

Psychological popcorn
At the individual level, the massive growth in self-help books doesn’t necessarily help either: “Look at the self-help section in the bookshop — it’s all ’15 recipes for happiness’, or ‘five steps’ or ‘seven steps’, and I think it dumbs down the population enormously.”

In Beneath, says Smit, which took nearly five years to complete, “I wanted to give people a distilled version of depth psychology. I wanted it to be academically rigorous but accessible. It’s not aimed at psychologists; it’s aimed at people who want to learn more. The unconscious, when you speak about it, still seems incredibly mysterious to many people.

The book takes the reader through such thinking, step by step, with useful inter-chapters that outline the work of key thinkers in psychology, from Freud and Jung to John Bowlby, DW Winnicott and Elizabeth Kübler-Ross. It is appropriately illustrated with, among other images, Smit’s own photographs of Antarctica, “the icy desert of my childhood dreams”.

The iceberg with 80% or 90% of its mass concealed below the waterline is a classic image of the human mind split between conscious and unconscious.

Her work in Beneath, Smit writes in the introduction to the book, “is underpinned by a dream and a hope for a world in which people do less harm to one another because they are more conscious and more self-aware — a world in which the cycle of the wounded wounding others is broken, and new paths are chosen that shift our human focus from re-enacting the dramas of our pasts to creating different futures.”

Adolescent suicide: Our children are not all right