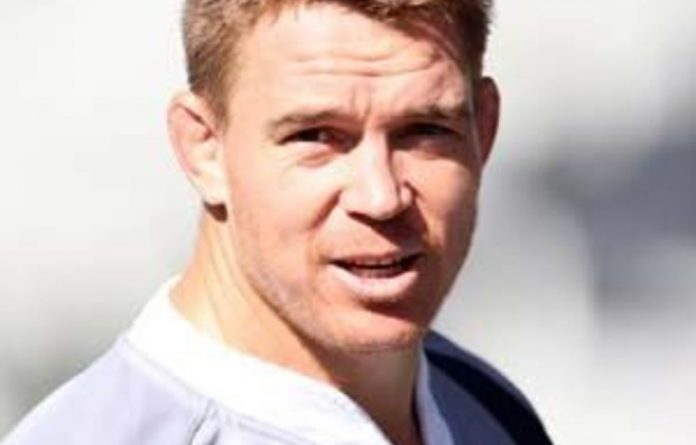 Springbok captain John Smit left for the World Cup under siege to hold his place in the Springboks team, yet he will be creating new records when he leads the defending champions against minnows Namibia on Thursday.

Local writers caustically rated Smit as far from the republic’s best hooker after an underwhelming international season and coach Peter de Villiers was under pressure to ditch him.

But Smit (33) will lead out the Springboks in his record 109th appearance, in his 15th World Cup match and a world record 82nd time as Bok skipper against the 19th-ranked Namibians at North Harbour as De Villiers continues to stand by his captain.

“I think our biggest challenge is to manage our players. We had two really bruising encounters, and from all of those John Smit is the only one standing, so you can see how valuable he is,” De Villiers said.

Smit will take the field for his third consecutive tournament Test while keeping Bismarck du Plessis on the replacements bench as the Springboks look to back up their 49-3 dispatching of Fiji last Saturday.

“It is a good stepping stone to where we needed to go and to improve from last week. A lot of guys put some valuable time out there and some guys really put their hands up,” Smit said.

“We were aware that we came into the tournament pretty undercooked from a rugby game time point of view so it was important for us to progress.”

Stark differences
Du Plessis cannot mask his frustrations sitting on the bench: “Show me a player content to sit on the bench and I will show you a liar,” he told a South African newspaper.

South Africa have won their last nine World Cup matches and are expected to equal their record of 10, a run that started in 1995 and was ended by Australia in 1999.

The Boks have only lost one of their World Cup pool matches — against England 25-6 in 2003 — and in their only encounter with their African neighbours swamped them 105-13 in Cape Town four years ago.

The comparison is stark. The Springboks are two-time World Cup champions, while Namibia have yet to win a single World Cup match and were hammered 49-25 by Fiji and 49-12 by Samoa at this tournament.

“I really believe in my team and we can give South Africa a good show,” Namibia skipper Jacques Burger said.

“We’ve got to keep the ball as much as possible. A team like South Africa, if you give them a lot of ball, they’re going to score a lot of points against you. That’s just the way they play.”

Big pride
If, as expected, the Springboks cash in with the points, former International Rugby Board world player of the year and winger Bryan Habana could become the all-time Springbok record tryscorer — an achievement he currently shares with Joost van der Westhuizen on 38 tries.

Habana is among five Springbok changes with Gio Aplon on the other wing, Francois Hougaard to start at scrumhalf with Fourie du Preez on the bench, while flanker Willem Alberts replaces Heinrich Brussow and prop CJ van der Linde gets his first start of the tournament at tighthead.

Locks Victor Matfield and Johann Muller, centre Jean de Villiers and flyhalf Butch James were not considered for the match.

“There is no way that we will fall into any sort of comfort zone. The competitiveness between the players is just too strong and the pride to give your best for your country and the Springboks is too big,” Hougaard said.

‘Namibia have our respect’
Meanwhile, Springbok forwards coach Gary Gold said on Wednesday South Africa may have hit triple-figures the only time they played, but humble Namibia will have a point to prove to the defending champions at the World Cup.

No one is giving the 19th-ranked Namibians a hope in stemming the surging Bok tide on Thursday, but Gold said pride was at stake for the Welwitschias and it shapes as their “final.”

Gold cautioned against tagging Namibia “minnows” even though the Springboks lashed them with 15 tries in their only meeting in Cape Town four years ago.

“A lot of these guys know our guys, they know us probably more intimately than a lot of people we get to play again in world rugby,” Gold told reporters.

“These guys have a point to prove. Many of the Namibian guys are friends of our guys and pride is at stake here.

“Rugby’s in their blood as much as it’s in our blood and for them they’ll want to come out and prove a point.”

Focus
Gold said the Springboks, bidding to equal their record of 10 consecutive World Cup wins on Thursday, respect the Namibians and will have their focus.

“You see, it’s when teams get labelled with the so-called ‘minnows’ [label], and for Namibia this could potentially be their final to want to pitch up and prove themselves against the Springboks,” he said.

“So our focus at the moment has got to be on Namibia and give them the respect they deserve for this game.” — AFP