Join us in our call for nationalisation, says ANCYL 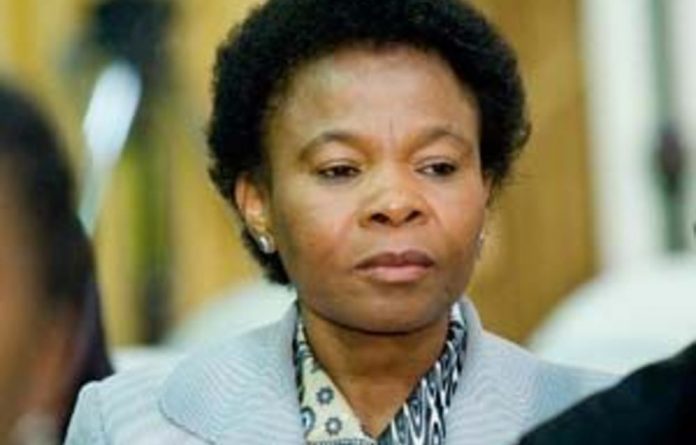 The ANC Youth League will take to the streets in October to demand the nationalisation of mines and an equal share in the country's mineral resources, its spokesperson Floyd Shivambu said on Wednesday.

"The ANCYL takes this approach of mass mobilisation because of our strong conviction that the betterment of the people of South Africa's lives will not happen in boardrooms and through some endless negotiations with capital," Shivambu said in a statement.

The march — planned for October 27 and 28 — will start off at the Chamber of Mines in Johannesburg, continue to the JSE and then on to a night vigil at the Union Buildings in Pretoria.

The league would also be handing over a memorandum to the executive demanding free education, the immediate abolishment of labour brokering, jobs for youth, better housing and sanitation for informal settlement dwellers and access to water.

"It is high time that we mobilise all South Africa's youth and progressive forces to demand jobs and equal share of South Africa's wealth from big business and corporations who are benefiting at the expense and to the exclusion of the historically disadvantaged."

Getting support
Shivambu said the league would be meeting all "fraternal organisations" to persuade them to join the mass action.

These would include unemployed youth, underprivileged students, residents of informal settlements and people without basic services such as water and electricity.

All branches of the league across the country were expected to mobilise their communities and travel to Johannesburg for the protest.

No provincial marches were planned.

"This serves as a clarion call to all economic freedom fighters that total liberation and emancipation of the oppressed and exploited people of South Africa will not only happen in boardrooms and conferences.

"The people should rise and demand what rightfully belongs to them," said Shivambu.

He said the terms of reference of the task team was clear, to look at applicability and best practice.

Ministers against nationalisation
President Jacob Zuma has remained conspicuously silent during most of the debate about the mines.

Other top officials weighed in during the year, even though current policy has no chance of changing until the ANC review is released and debated by the party.

"We don't develop a policy on our feet, and we don't just wake up and adopt policies because a group is vocal on the nationalisation of mines. It does not work that way," ANC secretary general Gwede Mantashe told the youth league's congress in June.

"We who run the country know the harm this reckless debate is doing to the good image and investments of the country," said Minister of Public Enterprises Malusi Gigaba, a former youth league leader.

"The correct question should not be whether or not we nationalise. The question, in my view, should be: How do we make use of our vast mineral wealth to eliminate the evil triplets?" she said.

In February Shabangu made it clear that she felt nationalisation was not the answer to the country's economic problems.

"My position is that there are challenges and I'm convinced that nationalisation, it's not an option for South Africa," she told a media briefing on the sidelines of an African mining conference in Cape Town.

"I debated that some years ago and I reached a particular decision which I believe that is still correct."

Helping the disenfranchised?
Business leaders have warned that nationalisation won't address the concerns of the poor.

"Nationalisation is not going to solve the problem but will end up killing the patient," said Roger Baxter, an economist at the Chamber of Mines.

"In fact it will actually set South Africa back hugely in its efforts to try and solve the problem."

Anglo American chief executive Cynthia Carroll told an African mining conference in February that nationalisation would be the country's path to ruin and would drive away billions of dollars in investments.

"Mining companies simply will not invest if they cannot be assured that the assets they create will be secure," Agence France-Press reported Carroll as saying.

"In ignoring this truth, the false prophets who argue for nationalisation are advocating the road to ruin, a path we must not follow."– Sapa, AFP