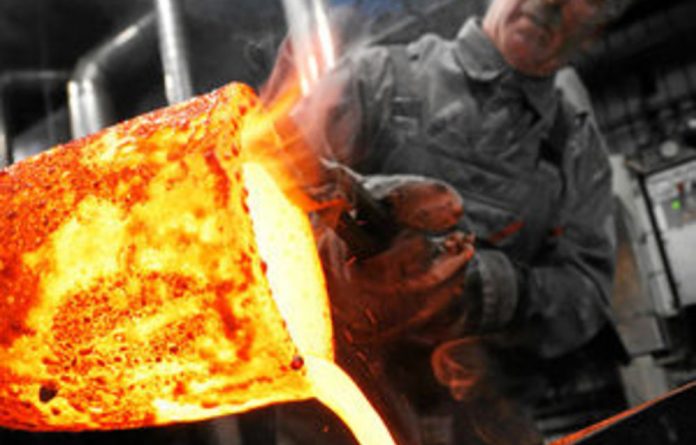 As the debt troubles of both Europe and the United States keep global markets jittery, foreign investors appear to be shying away from South African bonds.

Last week a hefty R7.5-billion in bonds were sold by foreign investors in a matter of days, in a market of about R1.6-trillion, according to leading economists.

An economic research note from Stanlib released earlier this week pointed out that R7.5-billion net in local bonds had been sold by foreigners over the past 10 days, with a further R8.5-billion in shares.

Stanlib economist Kevin Lings said the rapid sell-off was significant, given the steady flow of foreign investment into local bonds in the past two years.

The yield on the 10-year government bond was back at about 8%, similar to levels seen at the start of the year. As the outlook on economic performance in the developed world declined, however, investors moved to emerging markets such as South Africa to profit from better interest rates, said Lings. As a result yields dropped to about 7.5% by the second quarter of the year and remained in this range until well into early September.

The rapid sell-off resulted in levels rising to 8% in a “matter of the last seven to 10 working days”, Lings said.

The general increase in anxiety over global economic conditions and resultant risk aversion were key to this development, with foreign investors leaving emerging markets, which are perceived as being riskier.

Ian Cruickshanks, head of treasury strategic research at Nedbank Capital, said global investors had previously poured money into local bonds to reap the benefits of better rates and were now beginning to cash in their profits.

But global uncertainty has also resulted in a flight from risk associated with emerging economies to “safe-haven investments”, said Cruickshanks. Safe-haven investments include gold, US treasury bonds as well as currencies such as the Swiss franc and the Japanese yen.

“Capital preservation is the issue here,” he said. “Although investors may get minimal returns from assets such as US treasuries, they are more concerned about ensuring they do not lose any of the initial capital invested.”

South Africa’s bond market is valued at about R1.3-trillion, whereas the market cap of the JSE is about R6.6-trillion. According to research by Nedbank Capital, foreign purchases of local equities and bonds have slowed from record highs in 2009, when they totalled R99.5-billion.

A reversal because of growing risk aversion, similar to that seen in 2008 when about R70-billion in bonds and equities was sold by foreigners, could “inflict heavy blows to domestic liquidity” should it prove lasting, according to the research.

But it noted that, although “weak global investor risk appetite” was having an impact on the JSE, the wide interest rate differential on South African bonds compared to “safe-haven” assets such as US treasuries continued to keep demand for them relatively buoyant.

Current account deficit
In 2011 the JSE had sales of R16-billion recorded until September 16 and foreign South African bond purchases were R46-billion in this period, according to Nedbank. The numbers were down from R55-billion as of August 31. These inflows were working to off set partially the country’s current account deficit and support the rand, but a continuation of this “diminishing flow” could have a “significant impact” on the rand in the medium term, it noted.

Despite South Africa’s position as an emerging market, the country’s debt levels were vastly better than those of its European counterparts, which are in the grip of a sovereign debt crisis. Greek sovereign debt to gross domestic product stood at 160%, Italy’s was at 120% and South Africa’s was a much healthier 40%, which indicated good fiscal management by the government, said Cruickshanks. But despite this South Africa remained an emerging market facing a number of challenges, especially regional poverty and political risk.

Cruickshanks said, although a continued sell-off of local bonds seemed unlikely, it was a possibility. “If foreigners continue to reduce their holding of our bonds, the funds that partially off set the high current-account deficit will be impacted.”

The government would then be required to borrow more to pay for the goods South Africa did not produce locally and that, in turn, could lead to a larger budget deficit and higher borrowing costs for the state.

The bolstering effect these inflows had on the rand could also be lost, Cruickshanks noted.

“In the long run, a weak currency will be bad for South Africa. There may be a short-term benefit on things such as exports, but over time these will be eaten up by inflation.”

But the move by international investors towards safe-haven assets does not see South Africa lose out entirely. According to Nedbank, the rand price of gold hit a peak of R13 196 an ounce last week, “buoying export earnings, supporting the trade and current accounts while contributing to some support for the rand exchange rate”.

Although miners might not be producing as much gold, the soaring prices compensated for any potential impacts on profits, Cruickshanks said.