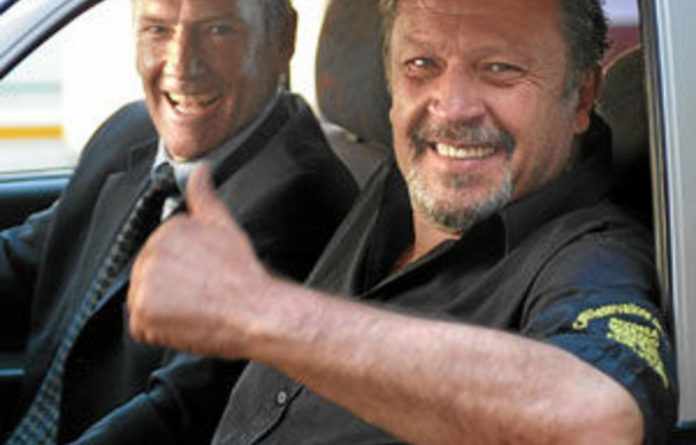 Speculation has gone into overdrive over the murder of attorney Iaan Jordaan on Tuesday, after sources with links to the criminal underworld said they were convinced it was a hit connected to Jordaan’s work for slain strip-king Lolly Jackson.

According to two sources with insight into this week’s events, Jordaan was allegedly kidnapped and forced to transfer R1.8-million from his company’s trust account into a Bidvest account.

Jordaan (55), the Jacksons’ family lawyer, was killed and put into a car and the car was set alight.

The remains of his body were discovered in a burnt-out bakkie in Hekpoort, north-west of Johannesburg, early on Wednesday morning.

The two sources said Jordaan might have been targeted by people who were after Jackson’s money, some of which was allegedly held in a trust account administered by Jordaan.

One source told the Mail & Guardian that Jackson owed money to a former business associate, who cannot be named, and the hit was a means of getting the “money from him [Jordaan] by force, then he [Jordaan] was got rid of, so he wouldn’t talk”.

In 2009 a judge ordered Jackson to set aside about R2-million in an account to be handled by Jordaan, following a civil case between Jackson and a former employee, Mark Andrews, over the ownership of a Teazers club in Cresta.

Jackson had to set aside the money as a guarantee before the case could continue.

Andrews’s cellphone was switched off on Thursday morning.

One of the two sources close to the investigation into Jordaan’s death told the M&G that on Tuesday Jordaan told colleagues at his Norwood offices that he “was off to meet a potential new client” at 2pm.

The potential new client may have been “one of Jackson’s old poker friends”, but this could not be independently confirmed.

At about 4pm Jordaan called his secretary to say that a man wearing a pink shirt would be coming to the offices to collect Jordaan’s laptop and dongle, a USB device, which Jordaan used for internet banking.

According to the source, Jordaan told his secretary that this “was in order” because the man coming to collect the laptop was helping him with something.

At 4.30pm a man arrived and took the dongle and Jordaan’s laptop.

A couple of hours later Jordaan’s fiancée, Joanne Rizzotto (26), became concerned about his whereabouts, because his motorbike, which he had driven to work, was missing.

She made out a missing-person report at the Norwood police station on Tuesday night and police later received a call about the burnt bakkie.

Gauteng provincial police spokesperson Captain Pinky Tsinyane said on Thursday that the investigating officer had not yet positively identified the body, but was trying to establish who owned the bakkie. Police do not know how the bakkie was set alight.

One source said Jordaan’s murder seemed more like “a Nigerian-type scam, where people are kidnapped and killed for money”, rather than an organised hit.

When the M&G contacted Rizzotto a friend picked up the phone. She said only that Rizzotto was “still in shock”.

“If it was a hit, then it was the most disgusting thing ever. He is just an innocent individual who was caught in the middle.”

Jackson was shot and killed in May 2010, allegedly by George Louca, who is currently in Cyprus.

Louca has been described as a key cog in an alleged money-laundering operation between Jackson and Czech fugitive and fraud accused Radovan Krejcir. — Additional reporting by Lionel Faull