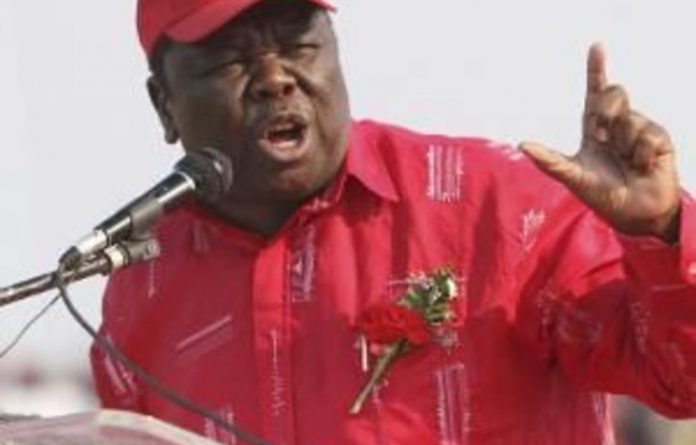 Foreign companies operating in Zimbabwe have until Sunday to hand in plans to sell majority stakes to local investors, under a law that has alarmed investors, who are uncertain how the rules will work.

The government’s order for the transfer of 51% ownership has been called the final phase of “economic emancipation”, after controversial land reforms targeting white-owned farms a decade ago. But analysts are sceptical.

“There is no way the locals and the government have the money to buy shares in the companies. Everybody knows that,” said Anthony Hawkins, a University of Zimbabwe economics professor.

The indigenisation drive could hurt the economy in the same way as the land reforms, which sparked an economic nose-dive after supporters of President Robert Mugabe violently seized white-owned farms, he warned.

‘Political policy’
“My concern is that this is much more of a political policy and it will have an economic harm just like the land reforms. It looks like they are doing this for the elections,” said Hawkins about polls expected next year.

“This will reduce the amount of investment in the country as the new owners will not have the money to, for example, expand projects. The community does not have the money, as well as the workers and the government is broke.”

The push is without the violence of the land seizures, which Mugabe said was a way to correct colonial-era wrongs, but there are mixed signals on how the law will be implemented.

But certain firms have arranged their own deals and deadlines ahead of Sunday’s cut-off date, making the government appear flexible on how the law is implemented.

British insurer Old Mutual will carry out a first phase to hand 25% of its local concern to black Zimbabweans. South Africa’s Impala Platinum, Zimbabwe’s biggest foreign investor through its Zimplats subsidiary, has been given until November 15 to outline its plans.

William Black of the South African company Investec Securities said the compulsory 51% stake is too high and will put off foreign investors.

“Investors can choose globally where to put their money and countries shouldn’t make it too difficult for foreign investors if they want to attract that money,” said Black.

He said most companies can only invest in big projects in countries where there is certainty and security for their profits and operations.

Kasukuwere has argued that the law is not aimed at victimising foreign companies, but rather to fight poverty and to put control of the economy in local hands.

Empowering workers
“I want to say in many instances after having worked in many of the mines for 30, 40 years, many of our people are retired in abject poverty in rural communities. We expect to see an empowered worker in our nation,” Kasukuwere said.

But Ray Valentin, an official of Africa Minerals Resources mining company, said Zimbabwe’s indigenisation laws would “stifle” investment at a time the government is trying hard to lure foreign companies to help revive the country’s economy.

“Mining companies traditionally are looking for much larger stakes than 51% or 49%, simply because of the risk involved in project, funding issues and operating the mine, et cetera.”

Valentin said his plans to invest in Zimbabwe had to be put on hold since the push to make companies comply with the indigenisation regulations.

“At the moment we haven’t invested much at all. We were planning to invest a large amount of money in the coal mining area but we have now decided to probably focus on Mozambique,” Valentin said.