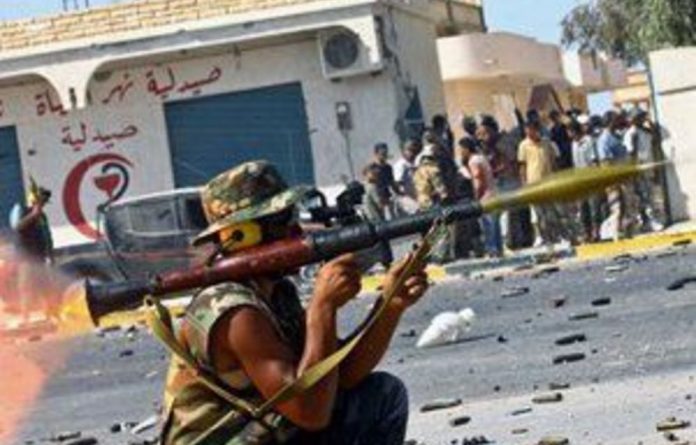 For hundreds of black African migrant workers squatting in makeshift shelters on the outskirts of Tripoli, Libya’s revolution has brought not hope and freedom but fear, hunger and increasing desperation.

At an abandoned fishing port at Sidi Bilal about 25km from the centre of the capital, more than 600 migrant workers are living in squalid conditions, hanging blankets from dilapidated boats to block out the sun, boiling scant portions of rice over open fires and waiting for rare deliveries of aid.

Lured to Libya under Muammar Gaddafi to seek work, with his ouster they now find themselves not only jobless, but facing arrests, attacks and robberies over accusations that black African mercenaries were supporting his regime.

Western governments and human rights groups have raised deep concerns over the stigmatisation of black African migrants and warned that their treatment will be a key test of the new government’s democratic credentials.

For those baking in the sun in Sidi Bilal, it is a test the new regime is failing badly.

“We came here to work, to do the jobs the Libyans would not do. Now they hate us and attack us,” said Bright Adams, a 33-year-old Nigerian at the camp who had been working as a labourer in Tripoli since 2008.

“We are barely surviving here. There is no food, no drinking water and no safety. We need help,” he said.

Most of the migrants fled to the camp late last month, when rebel fighters from Libya’s National Transitional Council (NTC) seized control of Tripoli.

‘Dangerous time to be dark-skinned in Tripoli’
In a report earlier this month, New York-based Human Rights Watch said NTC forces had carried out mass arrests of migrant workers in Tripoli and were holding them in makeshift detention centres throughout the capital.

Saying “it’s a dangerous time to be dark-skinned in Tripoli”, the report alleged widespread persecution of black Africans, up to two million of whom had been working in Libya prior to the uprising, based solely on the colour of their skin.

Last week a UN human rights team set up to investigate rights violations in Libya also said it was concerned about the reports of mass arrests of “black Africans who are suspected of being pro-Gaddafi mercenaries”.

Migrant workers at Sidi Bilal said NTC fighters had raided their homes, robbed them and seized their passports and local identification papers.

Adams said it was ridiculous to suggest they had been mercenaries fighting for Gaddafi.

“This is a frame-up. We don’t have anything to do with that,” he said. “We came here for work, not for war.”

The migrants said armed Libyans have continued to target them since they fled to the camp, sweeping in at night, robbing them and destroying their shelters.

“Sometimes the rebels will come and carry away girls to rape them,” said Loveth Olokhora, a 23-year-old Nigerian woman who previously worked as a housekeeper in Benghazi.

Deliveries of food, water and other aid, meanwhile, have been scarce.

At the camp, Simon Burroughs, the emergency coordinator in Tripoli for Médecins Sans Frontierès, said his group was delivering some water and providing medical consultations to the migrants.

But he said they were in desperate need of more aid.

“It’s not acceptable for people to be living like this, in these conditions,” he said. “And within a few weeks the weather is going to change. They can’t stay here when it starts raining.”

Despite their hardships in Libya, many of the migrants said they would prefer to stay in the country and return to their jobs.

Marvis Osayogie, a 33-year-old Nigerian, said rebel fighters had taken his passport and his savings from years working as a mechanic in Tripoli. But he nonetheless wanted to stay in Libya if he would be allowed to work and not face persecution.

“I left my family to come here to work for them, now everything I worked for is gone,” he said. “How can I go home with empty hands?” – AFP