Tévez: ‘I never refused to play’ 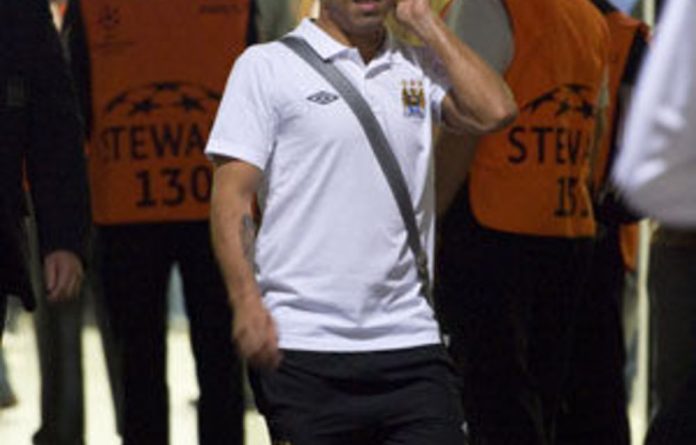 City manager Roberto Mancini angrily said Tévez was “finished” at the club after accusing the Argentinian of refusing to appear in the second half of Tuesday’s game with the Premier League team trailing 2-0.

But Tévez denied Mancini’s comments in a statement on Wednesday.

“In Munich on Tuesday I had warmed up and was ready to play. This is not the right time to get into specific details as to why this did not happen. But I wish to state that I never refused to play,” Tévez said.

The 27-year-old striker blamed his failure to appear on “confusion” on the City bench and apologised to the club’s fans for “any misunderstanding”.

“I would like to apologise to all Manchester City fans, with whom I have always had a strong relationship, for any misunderstanding that occurred in Munich,” Tévez said.

“They understand that when I am on the pitch I have always given my best for the club.

“Going forward I am ready to play when required and to fulfil my obligations.”

Mancini had indicated Tévez — who is reportedly one of the highest earners in English football with weekly wages of more than £200 000 — would never play for the club again in the aftermath of Tuesday’s defeat.

“If I have my way he will be out. He’s finished with me,” Mancini said.

“He refused to come on the pitch. What I said to Carlos is between me, him and the team but I am really disappointed because it is Carlos.

“Can you imagine a Bayern Munich, Milan or Man United player doing this?” he said. “He refused to warm up and again refused to go on the pitch.

“If a player has a lot of money to play for Manchester City … he can’t [refuse to play], never.”

Ex-players and media commentators were united in support behind Mancini’s hardlines stance on Wednesday, with former Liverpool Graeme Souness describing Tévez as a “disgrace to football.”

“He [Tévez] is one bad apple,” Souness told Sky Sports. “He’s a disgrace to football. He epitomises what most people think is wrong with modern football.

“It is totally unacceptable. He’s a football player and he is paid to play.

“He is refusing to help his teammates. It’s all about him, him, him.”

Former City manager Mark Hughes, who signed Tévez before being replaced by Mancini in 2009, said the player’s personal situation was behind his apparent unhappiness in Manchester.

Tévez has repeatedly signalled his desire to leave the club, citing a desire to be closer to his family in South America.

“The problem with Carlos is he missed his family,” Hughes said.

“That’s why he said if it was possible he wanted to leave the club, he had this situation with his family.

Yet sympathy was in short supply in the columns of British newspapers on Wednesday, where several commentators applauded Mancini for signalling the end of Tévez’s career in Manchester.

“He should never be considered for the squad, never train with the first team. If he can be sold, profitably, then let him go. If not, let him rot beyond the reserves,” Daily Mail chief sports writer Martin Samuel stated.

The Guardian‘s Richard Williams meanwhile accused Tévez — a “grotesquely over-indulged 27-year-old infant” — of committing a “crime against the game”.

“If the outcome is an immediate transfer to Abu Dhabi, then that is exactly what he deserves: a career played out in a football desert,” Williams wrote. – AFP