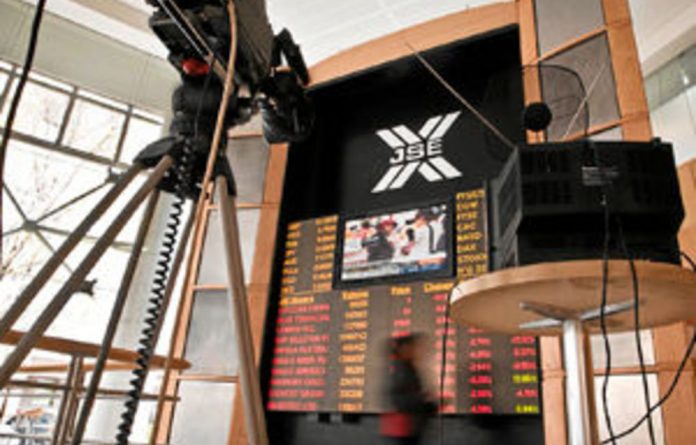 The rand, thanks to its volatility in recent days, has quickly become one of the worst performing global currencies and, without a resolution to the European Union (EU) debt crisis, economists warn that the volatility is set to continue.

The currency did rally mid-week to below the R8 mark against the dollar following Greece’s successful introduction of a property tax to ensure that it lowered a budget deficit out of target with its bailout plans. But sustained volatility, on the back of continued international fear, will make life tough for business in the weeks and months ahead.

According to a research note by Stanlib, by Friday last week, the rand had plummeted 18.5% compared to this time last year, in line with the Reserve Bank’s calculations, which put the dive at 18.6%. September witnessed the most dramatic fall, 13.7%, month on month.

A similar plunge has occurred in other emerging market currencies, as investors globally are becoming risk averse because of worsening fears of an EU debt implosion and a slowing United States economy.

But experts argue that risk aversion may be a smaller element of the phenomenon than believed.

Instead, a drive for liquidity is motivating the exodus from emerging markets, according to economist Kevin Lings in the Stanlib report, with the sell-off taking place in emerging, market currencies from states with strong fiscal positions and sophisticated financial markets.

“South Africa, with its well-developed financial markets, is a country that is easy both to exit and enter,” said Dawie Roodt of Efficient Group.

The resultant rand volatility is unlikely to halt before the end of the year and could continue into the next, according to Investec’s Annabel Bishop. “High levels of volatility are likely to persist for the rest of the year and well into next,” she said in a research note.

“Indeed, until the sovereign debt crisis is safely resolved and global growth returns to trend, the rand will remain vulnerable.”

“While it can be argued that a somewhat weaker rand is helpful for the South African economy, the rand has a tendency to weaken in a disorderly and disruptive fashion that can be substantially damaging to the economy,” he said.

“Businesses and consumers can more easily adjust and cope with a gradual depreciation of the rand.”

The Reserve Bank warned last week at the end of its monetary policy committee meeting that sustained volatility would affect the inflation outlook negatively.

In addition, as commodity prices, notably oil, were declining on the back of poor growth forecasts, it might have a dampening effect on inflation locally. Similarly, lower domestic demand could further keep inflation in check.

But, he said, should global conditions worsen because of a disorderly and disruptive default in Europe and should the rand decline suddenly as a result, this outlook could change.

Such a scenario could go so far as to increase the chance of stagflation, which occurs when there is low economic growth and rising inflation. What happens in the Eurozone is the “million-dollar question,” said Kamp.

Countries in sovereign-debt crisis, such as Greece, need an income-growth boost to sustain the levels of debt they carry and to keep their banks solvent.

Austerity measures and increased taxation are not necessarily the only answer to the problem, he said, as they could hamper economic growth, making income growth difficult.

Ways to grow income could include efforts to improve labour productivity, including increased work hours.

Containing labour-unit costs in such countries was important, said Kamp.

“The fact is the world is carrying too much debt,” said economist Mike Schussler.

Countries across the globe would be forced to make cut backs in one form or another, he said.

Numerous countries, not least those in the developed world, were facing the question of lowering wages as a way to address the issue.