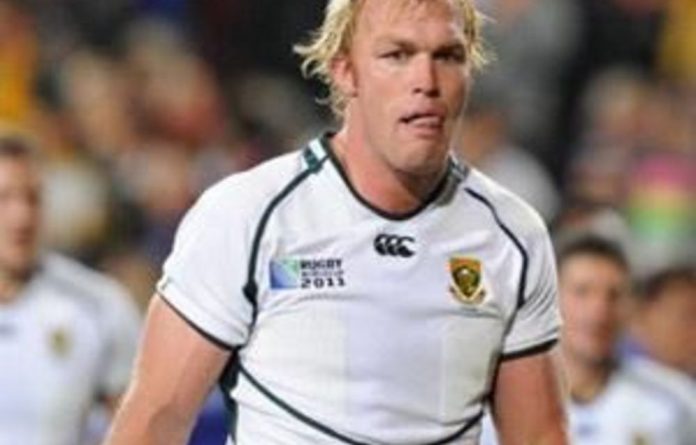 If SA beat Australia on Sunday it will be down to the Boks’ experience, says flanker Schalk Burger. If the Springboks lose, it’ll be because of their age.

Regardless of the pending result of their World Cup quarterfinal match against Australia, South Africa’s seasoned campaigners believe their age will form the basis of in-depth discussions afterwards, Springbok flanker Schalk Burger said on Wednesday.

While South Africa’s triumph in France in 2007 would be used as a mental reference point for the Boks in the first round of playoffs, Burger said the Super Rugby and Tri-Nations titles the Wallaby players had won this year could not be ignored.

“Four years is quite a long time, so hopefully when it comes down to the last seconds we are five metres out from the Wallabies try-line and not vice-versa,” Burger said.

“At the end of the day it helps having been there.”

He insisted every member of the team would need to be on top of their game for the duration of the match.

“When it gets tight like that you can call on individuals to make the right decisions and not to make mistakes,” Burger said.

“Sometimes those errors occur, and it doesn’t matter if you have 100 caps or five caps.”

Accuracy at set-pieces would be crucial to the Boks’ cause, Burger said, along with their ability at the breakdowns.

“It all starts up front and it is going to be important from our side to dominate set phase and breakdowns,” he said.

“It is going to be tough. The Wallabies are a quality side and have a quality pack of forwards, so it is never easy and hopefully it happens somewhere along the line that we get dominance on Sunday.

“It is a 50-50 game against two quality sides that have played each other lots.

“We know each other pretty well and it is going to be a great game.” — Sapa