‘JSE boss slapped my bum… and I don’t care’ 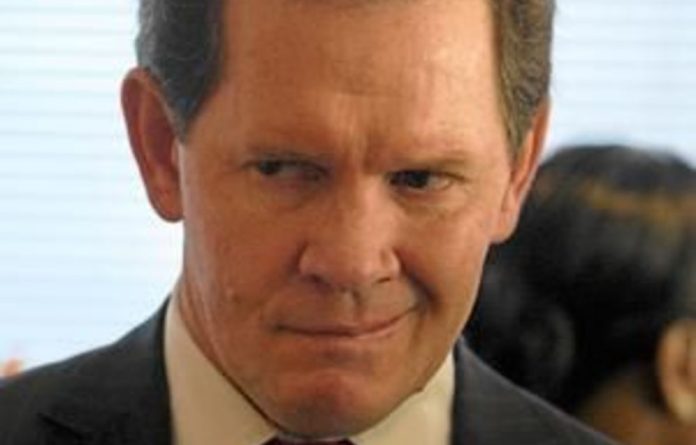 The chief executive of the JSE gave me a pat on the bum this week. But I’m not surprised, or particularly offended.

I was five minutes late for a press conference at the JSE in Sandton on Tuesday morning. The latest findings of a study on black shareholding were about to be announced. I was relieved to see the press conference had not started as I scurried in and passed the JSE’s head honcho, Russell Loubser. A rolled-up press release landed decisively on my rear end.

I quickly sat down in the first available seat. I did not look back at him and also didn’t look into the crowd of male journalists (the predominant crowd at most business events).

After the conference I paused for a moment to greet two male journalists I have known since university. I jokingly brought up the incident and was surprised to hear they had not seen it.

“But I guess that’s what you’d expect from —” I started the sentence almost simultaneously with one of them. They laughed loudly. So did I.

On my way out of the building, Eyewitness News journalist Stephen Grootes introduced himself to me and inquired earnestly: “Did I not see right or did he give you a pat on the bum when you walked in?”

“That’s appalling,” he replied in disbelief. “If you don’t write a story about it, I will.”

When I got back to the office I told my male editor what had happened and, horrified, he insisted I write something.

So here I am, writing. But I’ve got to admit, my reaction is a little different. It certainly was inappropriate, but I’m not surprised. At all. To be perfectly honest, I get angrier when a handshake is offered to everyone except me simply because I’m the only woman around. I suppose I’m more stunned at the fact that Loubser didn’t think twice about acting that way in a room full of media — and perhaps it’s more worrying that only one person in the whole room told me he was outraged by it.

But the irony can’t be ignored. As my editor aptly said to me afterwards: “The whole event was about transformation and this guy is behaving like a dinosaur.”

I’m by no means a bra-burning bitch but have on occasion been dubbed a feminist when it comes to discussions on gender based violence and employment equity. While studying at the University of Pretoria I would regularly point out phallic-shaped structures (there are many of them), as if the men who designed them were sending women a message: “This is our town, sweetheart, just remember who’s boss.”

I am also acutely aware of the struggles women still face in JSE-listed companies. Women in the industry describe it as a boys’ club, where your only choice is to work yourself to death trying to prove your worth.

But my education and socialisation have come to a head in this instance. I fail to see how a tap on the bum translates into bigger issues such as rape and domestic violence, although, intellectually, I know it’s all part and parcel of our patriarchal society and I am obligated to speak out about it.

Perhaps the pat was simply an indication that Loubser’s mask is slipping while he is in the process of relinquishing his position as chief executive.

Renata da Silva, Loubser’s spokesperson, put it a bit differently when I asked her about the incident.

“It appears the incident yesterday may have been misunderstood,” she wrote in an email.

“Russell meant nothing in the form of harassment or in malice, he was just indicating the fact that you were late in arriving for his presentation. He says you’re right, in this day and age journalists still do arrive late. His intention, however, was not to embarrass or harass you in any way, just that he wanted to have the presentation get underway on time. Hope you understand.”

You’ve been warned: Don’t be late for meetings or you may get a spanking.

Maybe that policy will change in January when powerhouse businesswoman and deputy chief executive Nicky-Newton King takes over the reins.

I can’t help but wonder how many pats on the bum she has politely endured.