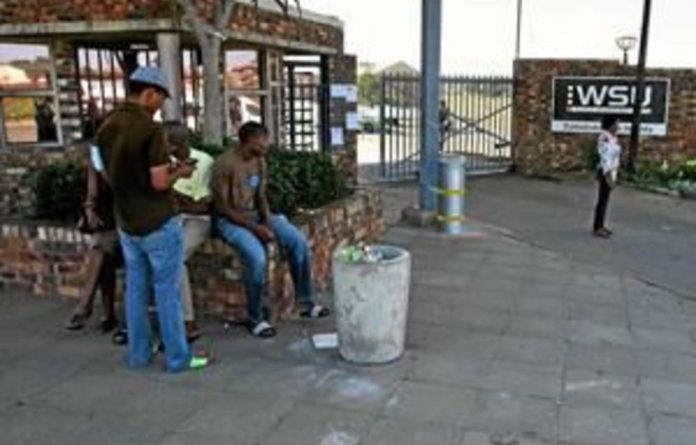 Walter Sisulu University should become the second disastrous tertiary merger to be undone, according to views quoted in a scathing report before Higher Education and Training Minister Blade Nzimande.

The university is “a merged institution that never really merged”, observes Dan Ncayiyana, medical professor and once vice-chancellor of the former Durban Institute of Technology, in the report. It is bankrupt, its management is chaotic, its core operations are dysfunctional and it should be placed under immediate administration.

But the university’s vice-chancellor, Marcus Balintulo, this week hit back, saying the report contained serious factual errors and did not adequately grasp the complexities of the multi-campus institution.

Council chairman Somadoda Fikeni also expressed sharp reservations about the report, saying the medicine it prescribed “could well be worse than the sickness”.

Earlier this year, Nzimande ordered the reversal of the geographically implausible 2005 merger between the former University of the North and the Medical University of South Africa (Medunsa) that created Limpopo University. Medunsa will revert to its free-standing former self near Pretoria, whereas Limpopo University will remain at its site near Polokwane and establish a new medical school there.

Walter Sisulu University too has been plagued by geographically induced systemic crises. It was formed from the merger in 2005 of three institutions dispersed over 1 000km² — Transkei University in Mthatha, Border Technikon in East London and Eastern Cape Technikon in Butterworth.

But geography is only one of the dire problems Ncayiyana found after Nzimande appointed him as an independent assessor in August to investigate an apparent financial meltdown at the university.

For this meltdown, Ncayiyana found convincing evidence in fatal abundance: “The financial status of [the university] could best be described as that of a human being with multi-organ failure,” he said in his report last month, now published in the Government Gazette.

‘Budget at a deficit’
The financial crisis dates back at least to 2007, when the university “was allowed [by the then education minister] to budget at a deficit” that has grown from more than R5-million then to R127-million now. The university needed bailout funding of R300-million immediately to see it through to December, Ncayiyana found.

“Considering that the current liabilities far exceed the current assets and the fact that [the university] cannot pay its creditors every month, let alone the next six months, [it] is now technically insolvent,” he wrote.

But Ncayiyana also found many other symptoms that suggested the patient was terminal. There was “complete loss of confidence in university leadership” and “­constant conflicts and battles between employees and management, as well as between students and management”.

Student politics and other affairs were “near shambolic”, Ncayiyana found. The senate was dysfunctional, lecture halls and laboratories were in short supply and in poor condition, and student academic performance was well below national averages.

The university had 26 000 students, well over the education department’s prescribed maximum of 24 000. These large student numbers “had a deleterious effect on virtually all spheres of the life of the institution, including funding, infrastructure and the … political climate”, Ncayiyana found.

Unions tried to “run the university” and intervened even in academic matters, Ncayiyana wrote. The disproportionate power of Walter Sisulu University unions was reflected in the percentage of the operational budget the staff payroll consumed — 80%, compared with norms at other universities that ranged from 52% to 63%.

For the Butterworth and East London branches of Nehawu — the university’s most powerful union — the merger had not worked, its members told Ncayiyana. The ­university should be split into two institutions: a traditional university in Mthatha specialising in health and education training, and a university of technology that combined the other two campuses.

To characterise the “institutional turmoil” he found, Ncayiyana quoted from a circular Balintulo distributed in February: “Staff hostage taking, victimisation of students, eviction of staff from offices and lecture rooms, locking out of staff, seizing of uni­versity keys and locking up of university buildings, abandoning of work stations by staff, closing and barricading of access entrances to the institution —”

“He might have added instances of violence, including the ­torching of university buses,” Ncayiyana wrote.

Passing blame
Overall, the university was “riddled with conflict, mistrust and disaffection among its stakeholders”.

“Everyone blames everybody else for the crisis. Union and student structures accuse the senior administration of managerial and financial incompetence and even corruption. Senior management, in turn, accuses these structures of disruptive conduct and sinister agendas.”

Ncayiyana recommended that Nzimande appoint an administrator to replace the university’s council immediately and dissolve its senior management within 30 days. Balintulo should be asked to take leave until the end of his contract in December.

Balintulo told the Mail & Guardian that his response was provisional because the university’s management was still studying Ncayiyana’s report. He said that he “accepted and welcomed its fundamental observation that [the university’s] problems … in the main are historical, structural and systemic”.

But he said the ­university was “shocked” by the report’s allegation that the senate was dysfunctional, among other “serious factual errors and inaccuracies”.

“We are [also] baffled by the recommendation to dissolve the entire senior management,” Balintulo said.

“We wonder whether this proposal is part of an agenda to rescue and revive the institution, or to destroy and sink an institution strategically located and well positioned to assist in fulfilling the national government’s apex priorities in a largely rural environment.”

Fikeni said the national government had failed to support the merger from the outset. “This is such a tragedy,” he said. “The education department has underfunded this merger from the start by at least R300-million per year.”

Ncayiyana’s report makes it clear that the university had to struggle for survival from the outset.

“Dispersal over huge distances in one of the poorest regions in the country ensured that the university would always attract students too poor to afford tuition fees,” he wrote.
“The dedicated funding for the merger was woefully inadequate and ensured that the institution would start off on the back foot. [The university] had [originally] submitted a merger budget for the amount of R1.2-billion but was only granted R400-million over three years.”

Fort Hare says 26 more students have tested positive while Walter Sisulu University says some of its students have been admitted to hospital.
Read more
Education

The 30 students, who went to a bash at a tavern in East London, were not wearing masks, did not sanitise their hands nor keep to social distancing regulations.
Read more
Education

‘There are Mechanisms in Place’, comprising text, poetry and visual analysis of Pamela Phatsimo Sunstrum’s practice, reveals how working together is a powerful philosophy
Read more
Advertising