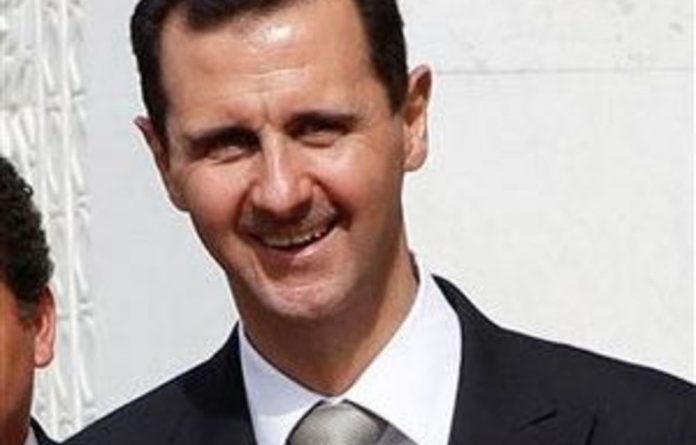 Syrian security forces killed at least two mourners and wounded several others when they fired on the funeral of murdered Kurdish opposition figure Meshaal Tamo on Saturday, activists said.

The shooting came as dissidents lobbied in Cairo for the recognition of newly-formed opposition front the Syrian National Council (SNC), of which Tamo was a member.

“Two people were killed during a shooting against the funeral procession of the martyr Meshaal Tamo in the city of Qamishli,” the Syrian Observatory for Human Rights said in a statement, adding that several others were wounded.

The funeral for Tamo, who was gunned down on Friday in Qamishli in the north, became a mass rally with more than 50 000 demonstrators calling for fall of the regime of President Bashar al-Assad, activists said.

Tamo founded the liberal Kurdish Future Party, which considers Kurds an integral part of Syria, and had been recently released after three and a half years in prison.

“The High Representative condemns in the strongest terms the murder,” a statement issued on her behalf said, adding that Tamo’s death “follows other targeted assassinations in the past days, which are totally unacceptable.

“These appalling crimes further add to the EU’s grave concern over the situation in Syria. All those responsible for and complicit in these crimes must be held accountable.”

Demonstrations
In Beirut, 50 activists gathered outside the Syrian embassy to demand that Assad step down and in Vienna 11 people were arrested overnight for invading Damascus’s embassy and demonstrating on a balcony.

The United States on Friday said al-Assad’s regime is escalating its tactics against the opposition with bold attacks on its leaders and France said it was “shocked” by the news Tamo’s murder.

“This is a clear escalation of regime tactics,” US State Department spokesperson Victoria Nuland told reporters.

The Local Coordination Committees inside Syria accused al-Assad’s regime of trying to “physically eliminate” opposition figures and “taking advantage of the laxity of the international community.”

The official SANA news agency on Friday reported “the assassination” of Tamo and said he was killed “by gunmen in a black car who fired at his car.”

Elsewhere on Saturday, cellphone and landline communications were cut in Qusayr village near the central city of Homs, raising fears of a vast military operation after checkpoints were erected and tanks were deployed, the Observatory said.

It also said that a young man who had been arrested by security agents in the outskirts of Damascus died on Saturday in the prison at Dmeir.

Brutal crackdown
A 14-year-old youth was killed and 10 others were wounded when security forces opened fire during a funeral for three people shot dead in Douma near Damascus on Friday, the rights group added.

The UN Committee on the Rights of the Child has reported that at least 187 children have died in Syria among the estimated total of more than 2 900 people killed since Syria launched its brutal crackdown on dissent in mid-March.

On the diplomatic front, Syrian dissidents were in Cairo to lobby for recognition of the SNC.

Yasser Najjar, a member of the delegation, told official Egyptian news agency MENA the delegation sought support for the recognition of the SNC, after which it would meet to elect a leadership.

Another 90 members of Syria’s opposition gathered in Stockholm for a strategy meeting.

“Members of the opposition approached us for help to set up a meeting with the opposition’s different factions,” Olof Palme International Centre secretary general Jens Orback said in a statement.

“They were looking for methods on how to agree on certain issues in order to make progress in their struggle,” he said.

“If the Syrian leadership is unable to undertake these reforms, it will have to go. But this is something that has to be decided not by NATO or individual European countries but by the people and leadership of Syria,” he said. — AFP