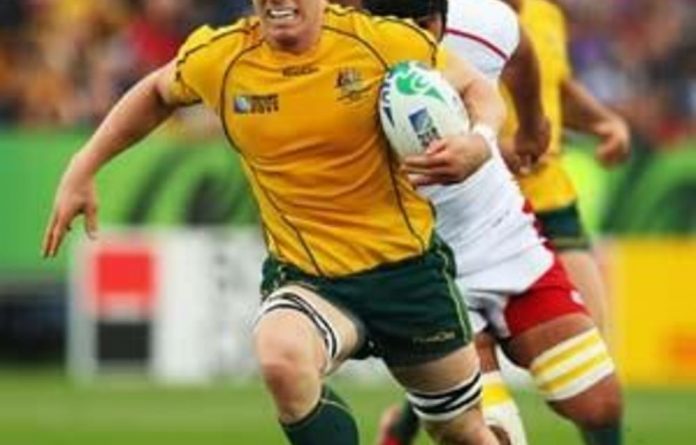 Australian flanker David Pocock believes the battle against Richie McCaw and the All Black backrow to dominate the breakdown could be decisive in this weekend’s Rugby World Cup semifinal at Eden Park.

The 23-year-old, who has already played New Zealand 11 times in his short Test career, clearly dislikes talking about himself and the role he plays as the team’s poacher in the tackle area but accepts he will be targeted on Sunday.

“It is fairly standard these days for openside flankers to cop a bit of heat from the opposition and, I mean, they’ve got Richie McCaw, too, so it is going to be a really important part of the game,” he told reporters on Wednesday.

“Both teams know that and in the past it has been a big part of the winning team … the way they’ve played, they’ve dominated the breakdown.”

It is hard to argue against the thesis that Zimbabwean-born Pocock is the most influential player in Australia’s run to the last four.

Absent through injury when the Irish backrow blew away the Wallabies on their way to a stunning pool stage upset, Pocock returned for the final two group victories and then played a major role in the quarterfinal win over South Africa.

Against the Springboks last weekend, Pocock made 27 tackles and missed none, and, having spent most of the afternoon bent over at the breakdown with his hands on the ball, was credited with three turnovers.

Respecting officials
Now rivalling McCaw as one of the world’s best openside flankers, Pocock has learned the downside to success too with accusations of cheating that have dogged the All Blacks captain for many years.

“I think it’s fairly standard for most No. 7s,” Pocock said. “It’s been pretty funny checking Twitter for the South African fans, it’s all been in good humour.”

Another thing Pocock has perhaps learned from McCaw is that No. 7s should always pay their respects to the opposition and, crucially, the referee before the game.

“The All Blacks probably have a different set of threats,” he said. “They use a bit more footwork and you probably have to say that their work at the breakdown, across the board, is probably a bit better and more contested.

“We’re going to have to step up at the breakdown again and Craig Joubert’s a great ref, so we’re expecting him to be good there.”

The “respects” rule also extended to questions about whether he was now better than three-times world player of the year McCaw, particularly as the All Black has been carrying a foot injury.

“I don’t get involved in that kind of thing, it’s such a big game for the team, and that’s pretty much all I’m focusing on at the moment,” Pocock said.

“At this stage of the tournament, there wouldn’t be too many blokes who aren’t carrying some sort of injury. Come game day, everyone puts that behind them and you don’t notice anything.”

As for questions about whether good opensides were so effective because they knew the rules better than the match officials, that was clearly one to meet with a very straight bat.