Where is your mama, Nonhle Thema? 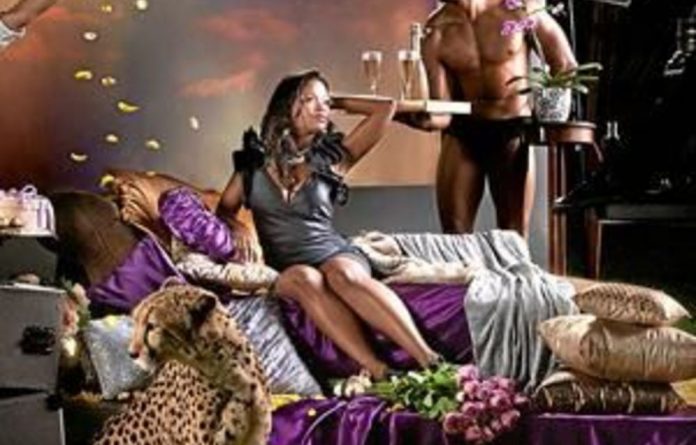 I have been trying desperately to avoid the subject of Nonhle Thema. It is much the same, I suppose, as the way President Jacob Zuma feels every time something from the public protector drops into his in-tray. He reshuffles the papers, hoping that whatever bothersome business she has brought to his attention this time will just go away. But the reports stack up, with both their contents and the people to whom they pertain itching to be managed properly.

So it is with Thema. One can no longer turn a blind eye because, with each fresh tirade, she causes more affront among her peers in the entertainment world.

For those who have missed it, or have no clue about whom I am talking, Thema is a cherubic-faced pin-up who shot to fame several years ago as a music channel video jockey. Since then she has risen to stardom and now has several television shows under her (tightly buckled) belt, including a reality show documenting her life á là Paris Hilton or Kim Kardashian.

In her dizzying career she has also bagged several supposedly lucrative endorsement deals from the makers of hair straighteners, car manufacturers and pretty much anyone who has a product to flog to the young, black middle class. With her captivating good looks and saccharine nature Thema has, for years, been a darling of the local media, especially the tabloids, for what appears to be her humble demeanour and endearing nature.

Then, it appears, a screw came loose. Not being one of the twitterrati, I cannot be sure when she started to come undone. But those who follow her on the social networking site started reporting nasty and unprovoked tweet attacks on Thema’s peers, such as radio and television presenters.

The tirades included wild boasts about how much money she has made in her career and how the other girls would never reach her level of acclaim and wealth. Money — how much she has and how much others envy her for it — seems to have been a recurring theme in her abusive tweetarrhea.

Now the subjects of her abuse are threatening to sue or beat her up, whichever comes first. It is all so ghetto. Every time the question of Thema’s Twitter meltdown has come up for discussion I ask the question: “Where is this girl’s mama?” Because I know, without a shadow of a doubt, that if I were to get up to such shameful shenanigans uMama would have slapped me silly.

You know how it is with mothers: it does not matter if you are three or 35, if you ever behave in a way that is disrespectful or deliberately hurtful towards others you will be dealt with. That last spanking at the age of eight, when my cousin and I exchanged colourful swearwords within Mama’s earshot, has not escaped my memory. As children, many of us are brought up to be respectful, even fearful, of our parents to such an extent that our behaviour is moulded by not wanting to shame or disappoint them.

None of the numerous reports about Thema’s breakdown has offered any really substantive or plausible explanation for her bizarre behaviour. Has she taken leave of her senses? If that is the case, then I feel for her. Is it a publicity ploy? If that is the case, the strategy has backfired miserably, judging by reports that she has now lost out on many lucrative contracts as a direct result of her inexplicable behaviour.

My own view is that what ails Thema may have something to do with what was cited by Oliver James in his best-selling 2007 book, Affluenza. James’s view of contemporary society is that despite us becoming richer and more successful we are not necessarily any happier. In fact, he argues, we are becoming miserable because the drive to succeed is not an end in itself but is propelled by the competitiveness of constantly comparing ourselves to our neighbours. The classic keeping-up-with-the-Khumalos syndrome is driving more and more people into a certain pathology.

This “affluenza”, argues James, originates in the American model of capitalism and materialism, adopted in many other countries, and it threatens to engulf other developing countries such as Russia and China. I suppose South Africa would also fall into this category. He argues that this constant jostling for status, money and all that it brings with it leads to emotional distress and diminishing mental health.

The frenzied world of celebrity culture is also a culprit, according to James, who cites its fast-food mentality of “now you’re in and now you’re out” as one of the reasons for the deformation of contemporary society.

I wonder if Thema fits into this category — or would some fierce words from her mama bring her back to Earth?

Controversial media personality Nonhle Thema, who made headlines for her Twitter rants in 2011, is making her TV come-back.
Read more
Videos

Succession is a messy business, with skeletons always popping out, as in the case of former France presidential hopeful Dominique Strauss-Kahn.
Read more
National

Although fawning, Frank Chikane's book has shed light on the ANC's abuse of spy agencies and also goes into the thinking and psyche of Thabo Mbeki.
Read more
National

Bobby Brown cannot be blamed for the singer's death, but he contributed greatly to her downfall.
Read more
Advertising
Continue to the category
Coronavirus