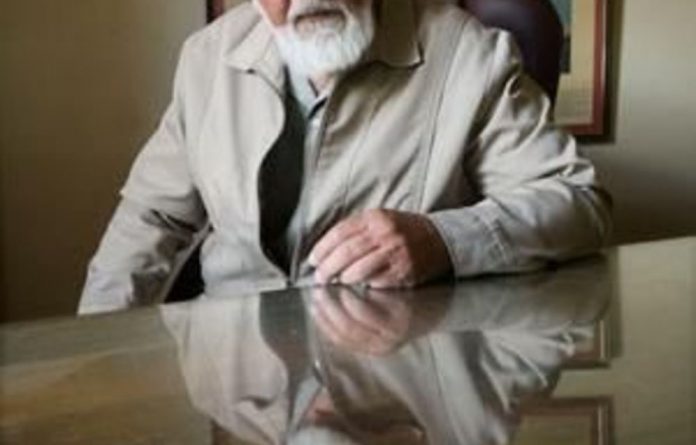 Three gruesome photos of AWB leader Eugene Terre’Blanche’s dead body have been pasted on social networking site Facebook, according to his family’s lawyer.

“They [Terre’Blanche’s family and the Afrikaner Weerstandsbeweging] are very traumatised and disturbed by the photos coming into the public domain,” said Gerrie Basson.

“We know who the person is that put it up and we are giving him until 12 tonight to remove it.”

They showed Terre’Blanche’s dead body, from various angles and shot lengths, lying on a bed with a panga on top of him.

The photos were marked as belonging to a police docket.

Basson said that if the photos were not removed, Terre’Blanche’s son would apply for a court interdict to have them removed.

The photos were apparently posted on Tuesday.

National Prosecuting Authority spokesperson Mthunzi Mhaga said they have not yet been able to verify if the information was true.

“If the photos were posted on Facebook, it is clearly disrespectful to court proceeding underway,” he said.

Mhaga said the conduct of the person who posted the photos bordered on contempt of court as the matter was sub judice.

“We are working closely with police to ensure that the matter is investigated for possible action against those responsible,” he said.

“It is clearly defeating the ends of justice as most of the pictures have not yet been presented in court as evidence.”

The murder trial of accused Chris Mahlangu and a 16-year-old minor is ongoing in Ventersdorp. — Sapa