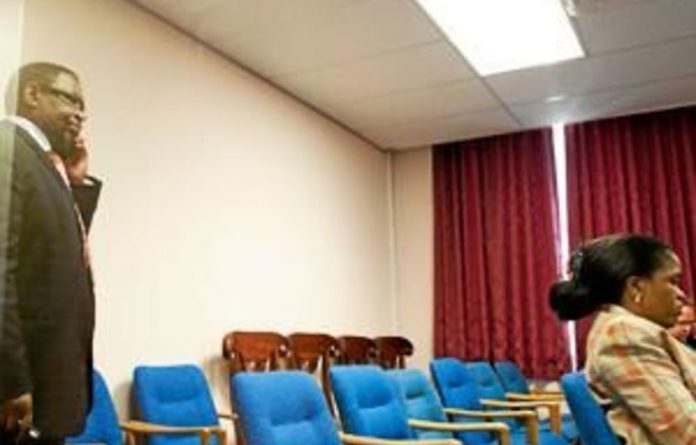 The Deputy Minister of Economic Development, Enoch Godongwana, has told a closed liquidation inquiry in Cape Town that he expected to earn an annual salary of R1.5-million when he chaired Canyon Springs Investments 12.

However, Godongwana allegedly said that he was paid only when Canyon Springs had money.

Asked if he was not paid from another source, he apparently said that was not the case. However, he could not explain why the company’s books at no stage reflected the payment of his full salary.

Godongwana is alleged to have conceded that he would have expected to receive the salary he had been offered in a contract shown at the inquiry. The company’s books reveal that he received only R600 000 from Canyon Springs but, according to sources who attended the hearing, he said the company did not keep proper records.

Company records in the Mail & Guardian‘s possession show that before workers’ pension money started flowing into Canyon Springs, the company was a shell, with R58 in debt.

The influx of funds appears to have triggered a spending spree. The records show that the first deposit, in 2007, was just less than R30-million and that large sums were then spent on airfares and diverted in bulk to Canyon Springs subsidiary companies.

Loan payments
Fresh injections of capital kept trickling in until Canyon Springs had received R87-million. The accounts date back to January 2007, before loan payments started, and run until March this year.

When it is finally established what he earned, Godongwana could be forced to repay the money.

The company’s records reveal that his salary was drawn from clothing workers’ pension money mysteriously borrowed by Canyon Springs and not repaid.

He and his wife, Thandiwe, own 50% of the shares in Canyon Springs through a family trust.

The M&G was told that Godongwana testified at the inquiry two weeks ago that the funding was already in place before he joined the company.

He is said to have given hurried testimony before rushing off to join an ANC working trip to China with ANC secretary general Gwede Mantashe and other high-profile politicians. The group quietly left the country following a furore over the government’s delay in granting a visa to Tibetan spiritual leader, the Dalai Lama.

Godongwana’s spokesperson, Mandi Mantlana, said he could not get a response for the M&G from the deputy minister before his return from China later this month.

“This is to confirm what you already know, that the deputy minister is in China and thus, as I was not part of the inquiry, I am unable to give you an answer to your question,” Mantlana said in an email.

‘Source of the funding’
The M&G was informed that Godongwana told the inquiry he had been approached to join the company by a former director of Canyon Springs, Richard Kawie.

Kawie, who has apparently left South Africa, is alleged to have been paid R8-million for his work as consultant, playing a leading role in organising the “loan” of the pension fund money to Canyon Springs. His lawyer has told the inquiry he will be in Cape Town next week to testify at the inquiry.

Godongwana is also said to have testified that all he knew about the source of the funding was that it was a vehicle that sought empowerment deals. He was aware that the funding had been sourced from asset manager Trilinear, he said.

Even though they were subpoenaed and appeared before the inquiry on the same day, it is understood Godongwana and his wife, Thandiwe, are still under scrutiny. The high-profile couple are likely to be recalled for further questioning after allegations by other staff of irregular activities at the company.

Thandiwe Godongwana is a non-executive director of Canyon Springs, and the M&G understands that the inquiry heard that she drew R418 000 from the company. She could not be reached to explain the transfer.

Former company director Mohan Patel also provided insight into how the loans were used, allegedly telling the inquiry that his salary was disguised in the books as airfares.

Canyon Springs’s financial records show that vast sums of money were paid out to Patel and Kawie.

Godongwana was chairperson of Canyon Springs from November 2007 to May 2009, when he joined Cabinet. He also launched and ran Pan African Benefit Services, a subsidiary offering actuarial, administrative and consulting services to pension funds.

Attempts to sell the business were made shortly before it was provisionally liquidated.

It is understood to have received loans of pension fund money amounting to R100-million from Trilinear Capital, whose owner, Sam Buthelezi, has yet to testify.

The money of more than 20 000 clothing workers, who earn on average R700 a week and contribute 6.5% of their salary to the provident funds, went up in smoke after it was sunk into Canyon Springs. And their worries have been compounded by the fact that another R260-million was sunk into struggling luxury property company Pinnacle Point, making thousands of pensioners majority shareholders in this listed company.

While none of the clothing workers was aware that the money had gone into Pinnacle, hopes were high that some of the cash could be saved by a business rescue plan approved by the courts in July.

“It’s a disaster for myself. I am losing a bit of money, but if you look at the poor pensioners, they are losing R260-million and the chances of shareholders getting any money back, I think it’s zero.”

The inquiry gives immunity to those who testify, but evidence gathered outside the hearing could lead to criminal charges against those who are found to have pilfered the pension fund money.

Media gets access, but reporting is restricted
The section 417 and 418 inquiry into Canyon Springs Investments 12 is unusual, say legal experts.

Although it is a closed inquiry, newspaper groups have applied to the Master of the High Court for permission to attend, as the matter is in the public interest because pension fund money was used to run the company.

Three groups have been successful so far in gaining access to the hearing, including the M&G, which heard on Thursday this week that it would be able to sit in in future.

Journalists attending the inquiry have to abide by stringent rules, which include a requirement that they cannot report on what is said at the inquiry until the person appearing has finished giving testimony.

The inquiry will probably be extended beyond next week, as other witnesses, including Economic Development Minister Ebrahim Patel, will be subpoenaed, according to Liversage attorney Barnabas Xulu.

Xulu represents the trustees of the investment vehicle, Trilinear Empowerment Trust. He believes that Patel and the suspended secretary general of the South African Clothing and Textile Workers Union (Sactwu), Wayne van der Rheede, should be called to give evidence.

Patel, who was secretary general of Sactwu at the time the clothing workers’ pension money was moved to Canyon Springs, has told the M&G he knew nothing about the movement of the funds.

However, Xulu said this week it had been confirmed that Patel would be subpoenaed to testify.