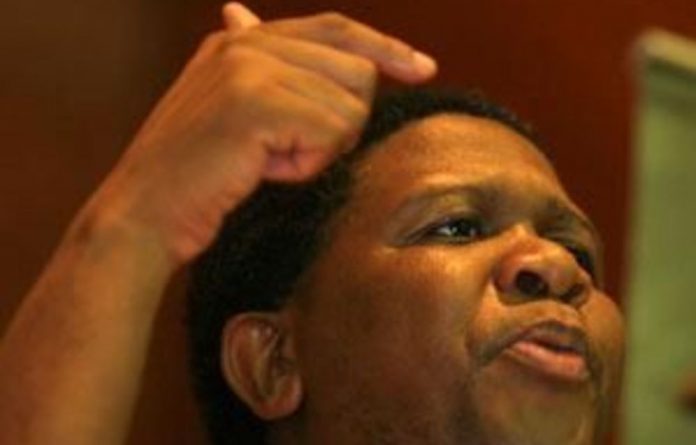 Sports Minister Fikile Mbalula is expected to give scathing views on the national cricket and soccer governing bodies when he delivers his annual report to Parliament’s portfolio committee on sport in Cape Town on Tuesday.

“The minister will be presenting his annual report, and the cricket and soccer issues are in his presentation,” Mbalula’s spokesperson Paena Galane said on Monday.

Mbalula hit out at Cricket SA (CSA) at the weekend after its board sacked president Mtutuzeli Nyoka, who had spoken out about alleged corruption.

He also criticised the SA Football Association for a recent rules debacle which resulted in the national soccer team crashing out of the Africa Cup of Nations (Afcon) qualifiers.

He said cricket in the country had taken a knock in the wake of a two-year bonus scandal which CSA had attempted to sweep under the carpet.

While the cricket season had already started, CSA had yet to secure sponsorships for the domestic one-day and T20 competitions, as well as home tours against Australia and Sri Lanka.

“Our cricket in this country is diminishing,” Mbalula said at a news conference on Sunday, the day after Nyoka was ousted by the CSA board.

“We don’t have sponsors and we don’t have a programme of action in terms of what needs to be done, and all this because of a board — people who differ among themselves.”

Mbalula said he had a copy of a report compiled by advocate Azhar Bham, which was based on the results of a KPMG audit which found that CSA CEO Gerald Majola had breached the Companies’ Act on at least four occasions.

He said the report, which would be made public, showed irregularities regarding the fiduciary duties of directors, and that CSA had failed to act appropriately in the wake of a bonus scandal centred around Majola.

After receiving threatening calls on Saturday night, warning him to “get out of this cricket thing” and to leave CSA alone, Mbalula insisted he would not step back until the boardroom battle had been resolved.

“I’m not going to turn a blind eye when our sport is basically going down the drain.”

He would appoint a committee, headed by a retired judge, to look into the KPMG findings, and he would take whatever recommendations he received in an effort to bring an end to the long-running saga.

Mbalula also spoke out against Safa after officials failed to familiarise themselves with Confederation of African Football (CAF) rules.

Thinking they needed to draw against Sierra Leone in their final Afcon qualifier earlier this month, Bafana Bafana celebrated after playing to a goalless stalemate in Nelspruit.

Safa officials were told shortly after the game that the team had been eliminated, and the federation later filed a protest letter to the CAF, insisting the rules were not clear and they had been misinterpreted.

“There must be an apology to the South African people,” Mbalula said.

“This is a disgrace and an embarrassment. Safa must be ashamed.” — Sapa