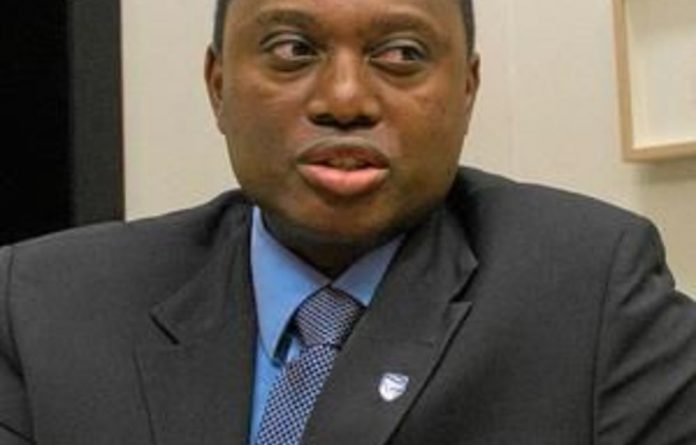 South African bankers are being crushed by a wall of regulation — 150 pieces of non-banking regulations to be exact. This is frightening given the economic doom and gloom that is weighing heavily on the banks’ ability to grow their business.

As if Basel III, the global capital and liquidity rules, was not enough of a headache, local bank bosses are being battered from all sides.

“We’ve never faced so much regulation in the history of global banking,” Sim Tshabalala, the head of Standard Bank South Africa, told the Mail & Guardian at the bank’s Johannesburg headquarters.

“In South Africa, we also have the Red Book [the treasury’s policy document, “A Safer Financial Sector to Serve South Africa Better”] and 150 pieces of non-banking legislation. It’s incredible. This year, in the first half alone, we’ve had to comment on 30 things that will have an impact on banking.”

From this exhaustive list he points to the National Credit Act, the Companies Act, the Consumer Protection Act, the Competition Amendment Act and the Personal Access to Information Act.

If you look at some of the recent global regulations, there are the Dodd-Frank Act and its Volcker Rule. These prevent banks from engaging in proprietary trading activities that do not directly benefit customers. The United Kingdom and the European Union have also been manic, regulating over-the-counter derivatives, bankers’ pay, supersized global systemically important financial institutions and shadow banking.

Over-regulating
Basel III is meant to make banks safer and prevent a replay of the 2008 financial crisis. It’s important and necessary in this context: when financial systems collapse, the cost to society is generally higher than that of other industries and the risk of destruction greater as banks span many segments of the real economy.

Tshabalala acknowledged this but said there was a need to guard against over-regulating. “There’s a point when too much regulation becomes ineffective.”

It’s a fair point. At a time when banks should be focusing on growing income streams and building cash in these depressed conditions, the cost of complying with Basel III and the raft of other regulations is staggering.

“It runs into hundreds of millions of rands,” said Tshabalala.

It sounds like the typical whinge of a capitalist banker, who, the government argues, has not made a big effort to bring down high bank fees. But one has to question the timing of the big push for Basel III, when a number of banks in Europe are bankrupt or are being recapitalised by governments.

Basel III puts more pressure on banks to hold higher levels of capital. It also requires longer-term deposits to match against long-term loans, known as the net stable funding ratio. Stable funding is defined as deposits held for one or more years. Put simply, the longer the fixed deposit, the more the banks have to pay for that deposit. Home loan applicants, for example, could bear the brunt of increased costs. So bankers are justified in their fear that Basel III will have a strangling effect on costs, capital and credit.

“Basel III will increase the cost of funding and the utilisation of capital. In some business lines associated with capital markets, we will have to hold more capital in 2012 and 2013. This will eat up capital and depress ROEs [returns on equity],” Tshabalala said.

He and his rivals at Absa, Nedbank and FirstRand have made submissions to the Reserve Bank, lobbying for a milder version of the capital and liquidity rules the international Financial Stability Board will propose at the G20 meeting in November. They argue that local banks have not had to be bailed out like their European and American counterparts and that South Africa’s financial system is the second soundest in the world after Canada.

For South African banks, the common equity Tier 1 capital ratios could increase from the current minimum of 5.25% to 9.5%. This would translate to higher lending costs. Access to credit would also be constrained. Standard Bank estimates that a 1% capital surcharge applied across the big four banks would require an extra R17-billion of capital, based on their current balance-sheet levels. This would reduce their capacity to provide loans to customers.

“The resultant negative impact on gross domestic product growth, as well as on access to finance for small and medium enterprises and housing, needs to be carefully balanced,” said Standard Bank in its submission.

Combined with a raft of bad economic and market news engulfing the world daily, on the surface banks look stuffed. But Tshabalala said local bankers were working around the clock to reinvent themselves.

“Yes, there’s good reason to be gloomy. But it’s fallacious and irrational to be gloomy in South Africa. There’s no evidence to show we’re going into a recession — rather a long period of slow growth. We’re getting the numbers here: ROE [return on equity] is up at 20%, headline revenue is increasing and we’ve grown our liabilities and market share in retail and other asset categories.”

He conceded there were headwinds. “The slowdown in global activity and regulations — have muted asset growth and net interest income, and increased pressure on fees and commission. The other pressure is cost growth, which everyone suffers from. But that’s what bank executives get paid to do — find ways of continuing to be profitable in spite of increased costs and regulation.”

Banks are constantly rethinking their business models. The questions occupying their minds are: “How do we become competitive? How do we produce better, deliver better? Where will the growth come from? How do we utilise capital?”

Containing costs while trying to grow the bank’s books in a depressed market is a huge short-term challenge. Standard, for example, has R50-billion in personal and business banking to lend this year. The problem is consumers are deleveraging, restructuring and replenishing their balance sheets in all categories. In other words, they’re not spending.
There was a misperception that banks had closed off the lending taps, said Tshabalala. “We need to lend to grow our net interest income. We’re not pulling back or yanking the handbrake. But we will continue to be prudent, pricing for risk and using stress tests.”

So where will growth come from? “The curse of banking is not the one big thing you do; it’s the thousand little things we do. There are many initiatives on the go.”

Inclusive banking was one area of growth. “It has a profit pool that we have access to. There are 20-million people that are unbanked and sitting in our customer base.”

‘Revenue leakages’
The bank is also plugging revenue leakages. “Where previously we should have been charging certain fees, we’ve now restructured things. We’ve also improved our relationship with providers such as mortgage originators and pricing is now fair.”

Tshabalala said the bank had also been devising new product lines in retail and global markets “that are earning us new revenue streams”.

It’s the bank’s investment in other African markets that will probably be its revenue-puller. The International Monetary Fund said recently that, of the 10 countries identified for growth over the next few years, seven would be in Africa.

“We’re in all those countries,” said Tshabalala. “As the middle class grows, people will want to buy fridges, cars — and bankers should be able to enjoy the splurge in this consumer spending.”

Infrastructure in Africa would also have to be fixed. “We’re in a position to facilitate the project finance and fund projects [regarding] the growth. We’re not briefcase or suitcase bankers, we’re banks on the ground.”

Standard also has an advantage in facilitating cross-border trade with China and Brazil. “The growing of South-South trade will continue as long as there’s growth in India and China,” said Tshabalala. “This is regardless of a slowdown in the rest of the world.”

But he is mindful that, as a consequence of the eurozone woes, “there will be fewer goods on the high seas to and from South Africa, China, India and Brazil”.

Basel III could also spoil Standard’s investment party in the rest of Africa. It is sitting on a cash pile after selling its assets in Argentina and Russia this year. That money could have been used to acquire banking assets in markets such as Angola, Kenya and Nigeria, where Standard has a small presence.

“But, depending on Basel III, there might not be any surplus capital left. It will weigh on our sources of capital for expansion in Africa,” Tshabalala said. “We’ll definitely expand but the question will be how to finance it.”