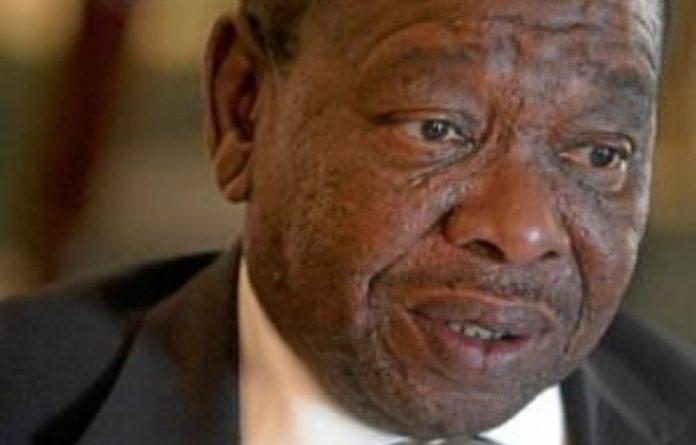 It is nearly a month since Nzimande gazetted a devastating report by Dan Ncayiyana, the independent assessor he appointed to investigate apparent financial meltdown at the university.

Ncayiyana found not only that but also near-total dysfunction in most governance, academic and student operations. He recommended the university be placed under administration at once (“Mega-varsity hits the wall”, Mail & Guardian, October 7).

Council chairperson Samododa Fikeni and vice-chancellor Marcus Balintulo this week deplored the delay from Nzimande. The ANC Youth League on the Mthatha campus and the South African Students Congress said the university was in crisis and needed Nzimande’s urgent intervention.

Gwebs Qonde, director general of higher education and training, did not reply to questions sent to him on Thursday morning.

Not able to pay salaries
Last week Friday, all 2 000 staff members were told they would not receive their October salaries the following day. The university’s payday is the 15th of every month, but its “inability to raise sufficient capital” meant it would not pay salaries, a memo advised them.

The memo gave no date on which October salaries would be paid and advised staff “to make necessary arrangements with their financial institutions”.

But staff were paid this week after the higher education ­department provided the funds, university spokesperson Angela Church told the M&G on Wednesday.

The university is “concerned about the long delay” in ­appointing an administrator, Balintulo said on Thursday.

“We would appreciate acceleration towards a speedy conclusion of the process so we do not continue to be left in limbo.”

‘Urgent intervention’ needed
The council wanted an “urgent intervention”, Fikeni said. “Because the assessor’s report has been out for far too long without decisive action from the department, there is now a legitimacy crisis [affecting university managers and council members] and a leadership vacuum.”

Anele Nkoyi, chairperson of the South African Students Congress’s Buffalo City branch, said it had called in March for management and council to be dissolved because of their “maladministration and lack of leadership”.

“The minister must appoint an administrator and we need an injection of R2.5-billion,” he said.

“We’re very disturbed by this whole uncertainty, especially for all our poor students who are desperate for the minister to intervene,”
Nkoyi said.

The university was “in crisis”, said Ndumiso Sapepa, the ANC Youth League’s OR Tambo regional secretary. “If there is an intervention by the minister, it’ll be welcome.”