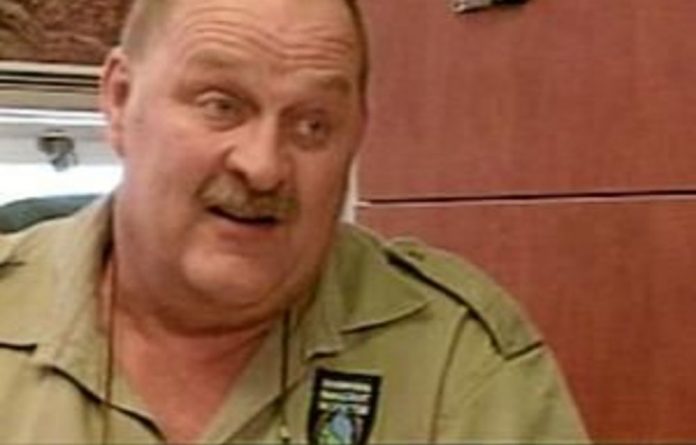 Two senior Free State wildlife officials have come under scrutiny for their close relationship with the hunting industry. The relationship has put the spotlight on the province’s conservation department’s propensity to issue permits to controversial hunting figures.

Werner Boing, deputy director for compliance monitoring, enforcement and permits in the department, was subject to an internal investigation by his department after the Free State Times exposed that he co-owned a hunting company he apparently did not declare.

His partner in the business is Jaco Oberholzer, a member of the Hawks who investigates wildlife crimes in the Free State. Boing and Oberholzer own Hunting Safaris and Outfitters, a company registered in 2009.

The department found that there was no conflict of interest, despite Boing being responsible for handing out hunting permits in the province, including for lion and rhino hunts, as well as export permits for animals, dead or alive. He also issues permits for wildlife translocation between provinces.

Kgotso Tau, spokesperson for the department, said it had not found any conflict of interest regarding Boing or any other employee of the department. “The department is satisfied with the work done by all officials involved in biodiversity and conservation in the Free State.”

As the person responsible for issuing permits, Boing will have to rule whether his hunting outfit can receive a permit to hunt. This will make Boing both the player and the referee.

Oberholzer’s responsibility in the Hawks, South Africa’s Directorate for Priority Crime Investigations, is to investigate crimes involving endangered species and other wildlife.
A spokesperson for the Free State police, Harry Nagel, said this week the investigation into Oberholzer, launched after the Free State Times article, had not been completed because the investigating officer was on study leave.

‘Fresh look’
Hawks spokesperson McIntosh Polela said Oberholzer had declared his interest and told his provincial bosses that his business was dormant. He also provided a letter in which he said he had resigned from the business.

Polela said, as a result of the Mail & Guardian‘s questions, the head of the Hawks in the Free State, General Masenaba Mosipi had asked that there be a “fresh look” at Oberholzer’s business interests, and to confirm that he had resigned from the business. Polela did not want to comment if Boing has come under scrutiny from the Hawks.

A senior law enforcement official in the province, who works with Boing, said there was growing unease about Boing and that the latest revelations of his hunting business should ring alarm bells.

“How can this not be a conflict of interest? It is clear as daylight. I don’t understand,” said the official, who was not authorised to comment in his official capacity. “What is wrong with that department? This needs to be investigated, but who will do this? Oberholzer? Someone is needed from the outside.” Oberholzer did not respond to calls from the M&G.

Boing, a professional hunter, also did not respond to requests for ­comment this week. But he told the Free State Times in June that he registered a hunting business because he planned to resign a few years ago.

“I am a professional hunter but I focus on problem pigeons in sunflower fields. I only have a shotgun,” Boing said. He said his colleague regulated hunting in the province, thus he could not have a conflict of interest. He added that he used the business in his undercover work.

“To be a professional hunter helps me a lot because that enables me to do undercover work while moving in all wildlife circles,” he was quoted as saying. Boing only informed the department about his hunting business after the Free State Times exposed him.

The national environmental department said it was aware of the investigation into Boing’s possible conflict of interest. “We realise it was a provincial matter to be dealt with internally within the Free State department,” said Albi Modise, spokesperson for the department.

He said government officials were allowed to have private businesses if approved by senior officials.

Threats
The lion breeder who informed the Free State Times about the conflict of interest spoke to the M&G, but said he feared for his life after the story.

Boing and the department has also come under fire for handing out hunting permits to dubious hunters, including the controversial Marnus Steyl, a wildlife trader and lion breeder based in Brits, North West. He has been linked to Chemlong Lemtongthai, presently standing trial on rhino poaching charges in the Kempton Park magistrate’s court.

The M&G reported on July 22 that Thai-born Lemtongthai was apparently the head of a rhino poaching syndicate that allegedly used Thai prostitutes to pose as sanctioned hunters to “shoot, cut, weigh, pay” and smuggle horns abroad.

Boing issued a permit to Steyl to hunt a rhino on his farm, despite ongoing investigations into his hunting operations. Steyl also received two permits to transport rhinos. Steyl did not respond to M&G calls seeking comment.

In July the M&G reported that there was a growing trend among organised crime syndicates that were using hunting permits to export­­ ­illegal rhino horns to the Far East.

Tau defended the granting of the permits, saying “all applications were treated according to the same criterion and that Steyl happened to qualify for hunting permits”.

However, the Free State department has a reputation for facilitating canned lion breeding. There are an estimated 80 lion breeders in the province and approximately 3 000 lions in captivity.

A hunter told the M&G that it was practice to breed a lion in the Free State and then obtain the necessary moving permit to relocate it to the North West, where there were less stringent rules for hunting lions, where it would then be shot.

According to the Free State ­conservation department, 83 export permits had been issued to transport lions to the North West this year.

Tau said lions in captivity did not have much conservation value, which was the primary interest of the state.

“Be that as it may, efforts are made to ensure the conditions of captivity are within the law and the welfare of the animals is taken care of,” he said.