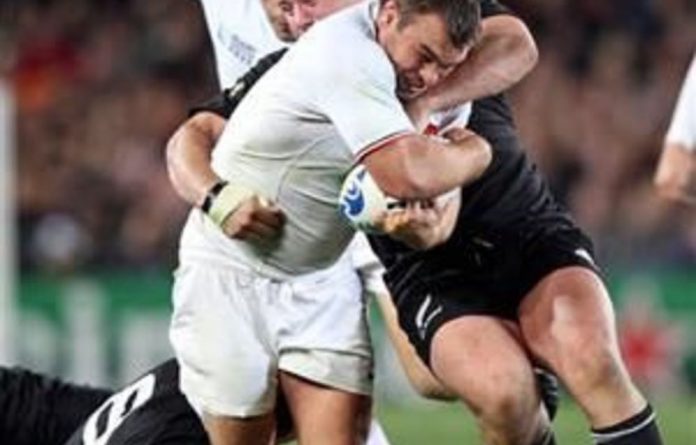 New Zealand held on for a nail biting 8-7 victory over France in the Rugby World Cup final at Eden Park in Auckland on Sunday.

It is the first time the All Blacks have won the trophy in 24 years, after winning the inaugural tournament on home soil in 1987.

For France it will be a bitter pill to swallow as they have now reached three finals in the tournament’s history and never managed to lift the trophy.

It seemed quite like one-way traffic for the first half hour as New Zealand peppered the French defense with well-timed attacks deep into their 22.

France seemed devoid of any real ideas besides preventing the All Blacks from playing their brand of open, expansive and running rugby.

At half-time you would have been forgiven for predicting a completely one-sided affair with New Zealand leading 5-0 through a try from Tony Woodcock in the 14th minute.

It might have looked worse for the French had New Zealand scrumhalf Piri Weepu not squandered eight points by not being able to convert two penalties and the conversion to Woodcock’s try.

But French coach Marc Lièvremont must have delivered a stern half time talk to his troops, as it was a different outfit that pushed New Zealand to the limit in the second half.

The French managed a converted try in the 47th minute through their skipper Thierry Dusautoir, which added spice to the tense action of the final 30 minutes.

The French would have won the game had it come down to territory and possession as they enjoyed 55% of both when it came to match statistics.

Nonetheless it was New Zealand that held on for a memorable win, capping a sterling performance in the tournament, which saw them undefeated throughout.

“It’s a real pity and we are disappointed but at the same time I am really proud of my boys. We came to the final and gave it our best,” Dusautoir said.

“I am so proud of every single on of my guys and we got there in the end. At some stage we were going to win this trophy and I am glad our generation was able to do it. The people of New Zealand have given this team everything in the past few weeks and we will be forever thankful,” McCaw said.

Now that we are in the second week of lockdown, South Africans seem to be taking their unwritten civic duty of snitching very seriously
Read more
National

The presidency has renewed its plea for the media and public to respect Nelson Mandela's privacy, hours after he was discharged from hospital.
Read more
National

Tokyo Sexwale on Sunday became the first of Mangaung's walking wounded to pledge his future to the ANC, refusing to give up his government position.
Read more
Business

The Progressive Business Forum marquee at the Mangaung elective conference revealed a mixed bag of companies hoping to cosy up to the ruling party.
Read more
National

The ANC has said at its Mangaung conference it will push for the teaching of indigenous languages in public schools to become compulsory from 2014.
Read more
Advertising
Continue to the category
Politics