Prayers and pleas ahead of RWC final 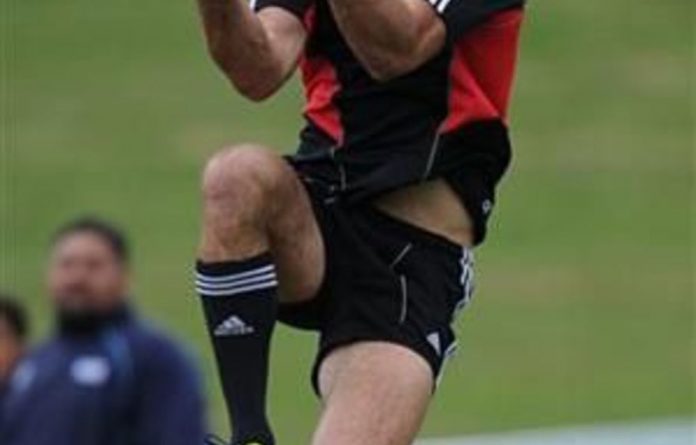 An anxious New Zealand faced its “date with destiny” on Sunday, praying a 24-year wait for a second Rugby World Cup title would soon be over.

In the rugby-obsessed nation, where the sport is treated with the fervour of a religion, nearly two-thirds of the four million population plan to watch Sunday night’s final between New Zealand and France, according to surveys.

Fans not among the sell-out 60 000 crowd at Auckland’s Eden Park will watch the final on television at home or in the special fanzones set up around the country, or in bars, cafes and even churches which will screen the match.

Crowds began pouring into the main fanzone on Auckland’s waterfront more than eight hours before kick off scheduled for 9pm (8.00am GMT) and prime seats were also being snapped up early at other fanzones around the country.

Desperate for good news
The importance of the game has been magnified by the fact it is being played on home soil and comes at the end of a grim year which has left New Zealand desperate for some positive news.

Devastating earthquakes in Christchurch killed 181 people, 29 people died in a coal mine explosion on the West Coast of the South Island and there is an ongoing crisis caused by an oil slick from a grounded container ship.

There is also a burning desire among New Zealanders to get rid of the “chokers” tag which the All Blacks have been saddled with for failing at every World Cup since beating France to win the inaugural tournament in 1987.

“Over the last 24 years, we’ve been the most consistent side in international rugby. But we’ve never been able to knock off the World Cup voodoo that’s been with us every four years now since 1987,” said Massey University rugby historian Malcolm Mulholland.

The build-up to the World Cup final has dominated the New Zealand news media with a strong slant towards an All Blacks victory.

Making headlines
“It’s Our Time”, said the Sunday Star-Times, over a full-page photo of All Blacks captain Richie McCaw on the front cover. The Herald on Sunday headlined: “2011 The Unshakeables. On the brink of IMMORTALITY”.

“Date with Destiny” said The Weekend Press, also with a full-page photo of McCaw and noting he was also captain when the All Blacks were knocked out in the quarter-finals of the last World Cup by France.

The Destiny Church in Nelson is holding a pot-luck dinner for parishioners before screening the big match while Pastor Daniel Tiaiti at the Arise Church in Wellington has also set up a giant television screen for his congregation.

Tiaiti said he expected about 500 worshippers to gather for the rugby and he hoped their prayers would provide a “16th man” to help guide the All Blacks to victory.

An attempt to find a rugby-free venue on Sunday night proved fruitless. Bars and cafes not showing the game say they have decided to close early so their staff can watch the final.

A One poll released just hours before kick off showed 83% of New Zealanders believe the All Blacks will beat France and secure the William Webb Ellis trophy for the first time in 24 years.

Meanwhile, one group keeping a wary eye on the game is Women’s Refuge which has issued a plea for people to act responsibly regardless of the result.

The Refuge and police are conducting research into the impact World Cup results have on domestic violence.

“If you win that’s great, but if you lose its okay to commiserate but please don’t take it out on your nearest and dearest, be they your partner or kids,” said Women’s Refuge chief executive Heather Henare. — AFP

The president needs South Africans on his side if the lockdown is to be extended. He must show leadership and censure the communications minister for breaking the regulations
Read more
Advertising
Continue to the category
Education