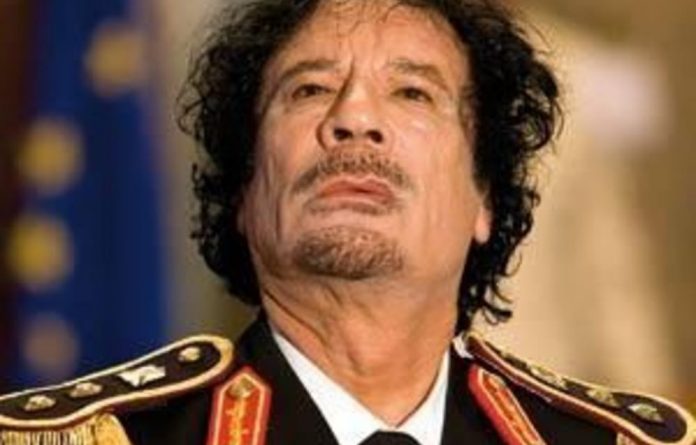 While explicit images of Muammar Gaddafi’s death continue to be splashed across the world’s newspaper pages and television screens, even after the deposed and brutally slain Libyan leader is laid to rest in an unmarked grave in the desert, a South African farmer is mourning the man who once visited his KwaZulu-Natal farm.

Farmer Charl Senekal is the country’s largest sugar cane producer and still lives just outside Mkuze in northern KwaZulu-Natal, on the farm where Gaddafi visited him in 2002.

Senekal is on congenial terms with high-level members of the ANC and it is through these relationships that he got to meet Gaddafi.

Senekal laughs when asked how he came to be so politically connected. Half of the answer, he says, is that he got to know senior government officials when he built a R60-million pipeline carrying water from the Pongolapoort dam to his farms and surrounding communities.

As to the other half of the answer … he simply chuckles.

Senekal says he first met then-deputy president Jacob Zuma in 2000 when he contacted him about building the water pipeline, and received the go-ahead to access water from the country’s third largest irrigation dam.

As it happens, Senekal says water was one of the things he and Gaddafi proved to have in common.

It was at a breakfast in Durban with former minister of water affairs Ronnie Kasrils, when Gaddafi’s visit was planned. “The proposal came from his [Kasrils] side” says Senekal.

Kasrils said to Senekal that an unnamed VIP — a head of state — might enjoy a visit to his farm, but then seemed to change his mind, telling the farmer: “Let’s forget about it”.

But the next day, just after five in the morning, Senekal’s son called him to ask: “What the hell is going on?”

Sixty land cruiser bakkies had arrived at the farm, along with three huge trucks: it was Muammar Gaddafi and his entourage.

Senekal was not expecting any visitor at all, he says, let alone the former Libyan president.

When he met him “the puzzle [over who was coming] worked out”.

Senekal says Kasrils knew about the pipeline he had built.

“We [Gaddafi and I] had one thing in common. I had just completed a huge pipeline and he was busy constructing his pipeline with a 7m diameter. Gaddafi was making a great man-made river that snaked through his country for nearly 5 000km.”

Senekal says the man Zuma has called “brother leader” had close to 300 bodyguards and soldiers accompanying him.

Gaddafi spent the day on Senekal’s Mkuze farm, in a large white tent that his staff erected for him.

A red carpet stretched out from the entrance of the tent. When Gaddafi stepped onto the carpet, Libyan ministers and Senekal and his wife ran up to the former president.

Senekal says he got the impression that Gaddafi was displeased at how slowly he ran up to meet him.

Gaddafi told the farmer and his wife that he had brought R65-million with him to the farm. He apparently travelled through Africa distributing the money after his time in South Africa.

Gaddafi didn’t speak much to the farmer and his family but he did want to know about Senekal’s water projects.

“He asked what we irrigate, what we plant and how many people I employ,” Senekal says.

But the bodyguards and the Libyan ministers who accompanied him were much friendlier than Gaddafi, he says.

When he was at the farm, Gaddafi had all his food cooked out of a kitchen that formed part of one of the enormous trucks in the convoy.

It was a “hell of an experience to meet a man like that”, he says.

The former dictator left Senekal’s farm after just one day and went to have a meeting with the Swaziland’s King Mswati III.

“It was unbelievable when he and [all of his] vehicles left the town. One of the Mkuze garages was out of fuel for two days.”

Though the encounter was brief, it was not the last time Senekal had anything to do with Gaddafi.

In 2009, Senekal and several other South African farmers were invited to Libya to see if they could make a go of farming there, after Gaddafi realised the food prices in his country were too high, and the country was importing too much food from European countries.

The president was very hospitable, he says. Gaddafi phoned the bodyguards accompanying them three times a day to check that the South Africans were having a good trip.

A farming agreement between the Libyan leader and the South African government failed to materialise, but Senekal says his trip showed him that people of the country had a high quality of life — thanks to Gaddafi, whom he described as a “warrior”.

“He would not stop fighting!”

On the developments of the past week, Senekal says he is totally disgusted with the manner in which Gaddafi died, and how Libyans in Misrata had viewed the former president’s body in a shopping centre refrigerator for three days.

“There is no vocabulary to describe it,” he says.

In Libya, no one paid taxes and schooling and attending university was free under Gaddafi, says Senekal, earnestly.

“Gaddafi was a tough customer — but he was good to his people.”