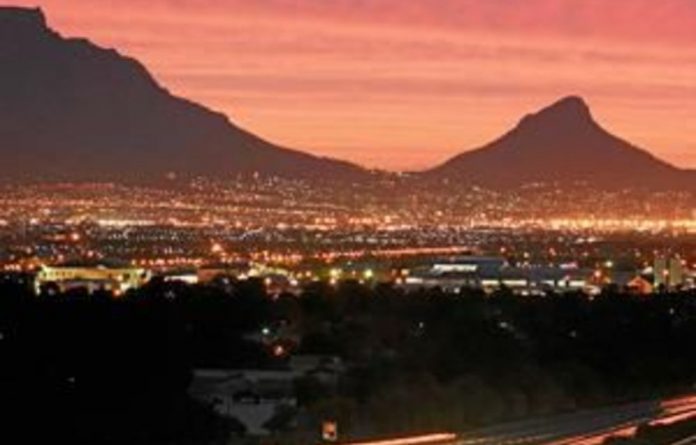 Cape Town has been named World Design Capital for 2014 but the popping of champagne corks after Wednesday’s announcement at the International Design Congress in ­Taipei could not drown out dissenting voices back home.

Among them was that of a senior Western Cape official who was involved in the initial bidding process. The official, who asked not to be named, was sceptical about the bid committee’s slogan, “Live Design, Transform Life”, and the claim that the city’s poor would benefit directly from the ­prestigious award.

“It is a positive accolade, but the money will be wasted and the poor will remain marginalised,” the official said. He also questioned whether the award would improve public transport and “cater to the basic needs” of people who were living “in derelict conditions”. “Cape Town first needs to reconfigure the big wart that is sitting on its face,” he added.

A leading figure in South Africa’s design community, who also asked not to be named, agreed. She admitted that the city’s World Design Capital bid “sounded sexy” but doubted that the overall cost would ever be made public. She also raised ­concern about the long-term impact. “It’s not like the World Cup when tickets are sold and you can track how many people come. There is no specific event [in 2014] that will hold it together. They will just be rebranding existing events,” she said.

It was not clear how much the initiative would eventually cost Cape Town, but the city would have to pay a “licensing fee” of €160 000 — about R1.76-million — up front.

Official spokesperson for the bid committee, Guy Lundy, was unperturbed. He told the Mail & Guardian that corporate sponsors and advertising would cover the costs. “We want to move away from the idea that Cape Town is just a holiday destination. It is also on the cutting edge of the business sector,” he said.

“Unlike the Fifa World Cup in 2010 we are showcasing local design for an entire year. Sponsors will have an opportunity to keep their public relations going for a longer period of time.” Lundy admitted that it would be hard to quantify profits but he was adamant that the initiative would educate South Africans about how design could bring about economic transformation.

Cape Town Partnership, the official coordinator of the World Design Capital bid, said there were 750 creative industries and businesses in Cape Town’s city centre alone. It claimed that they would directly benefit from the 2014 initiative. In an article titled “Design: A Tool for Change and Reform”, the partnership’s managing director, Bulelwa Makalima-Ngewana, challenged the idea that the World Design Capital was merely “a pat on the back for producing aesthetically pleasing monuments of design”.

Instead, she said, it was a recognition that design could be a “tool for change”. Architect and designer Y Tsai, who was also a member of the bid committee, remarked that Cape Town was a great “incubator” of design. Cape Town beat fellow nominees Bilbao and Dublin to take the 2014 title.