Meet those who are now rising in the ranks 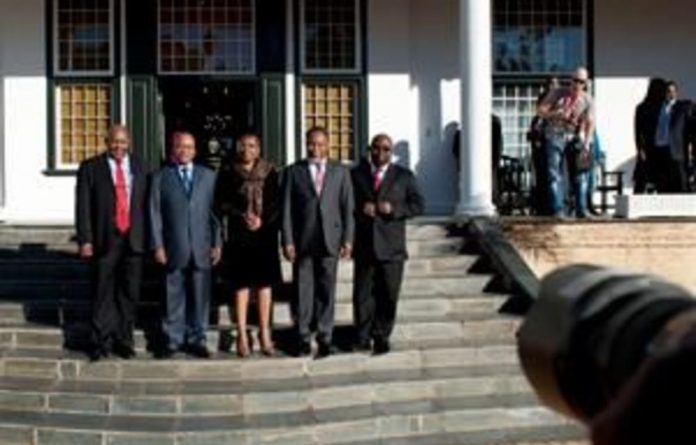 Dina Pule: minister of communications
Pule was appointed deputy minister of communications in 2009. A teacher by profession, she served in two national government portfolios in just over two years: she was appointed deputy minister for performance monitoring and evaluation in the presidency during Zuma’s first Cabinet shuffle last year, and 12 months later she is now a full minister. Pule was hailed by trade union federation Cosatu this week as the first union leader from Mpumalanga to be appointed as a Cabinet minister.

The only other leader from the province who made it to a significant position in national government is Thabang Makwetla, deputy minister of defence and military veterans. Pule served in the Mpumalanga government as a minister in three portfolios between 2005 and 2009: agriculture, environment and land administration, safety and security, and culture, sports and recreation. She serves on the ANC’s national executive committee and national working committee.

Stella Ndabeni: deputy minister of communications
Stella Ndabeni (34) is the youngest deputy minister in Zuma’s executive. With only two years’ experience in the National Assembly, Ndabeni rose quickly through the ranks despite falling out of favour with the ANC Youth League, which had aided her appointment to Parliament.

Last year the league expelled her from its national executive committee for allegedly colluding with former league leader in Limpopo, Lehlogonolo Masoga, in plotting against the national leadership. But her axing was interpreted as a purge of members opposed to youth league president Julius Malema. For its part, the youth league said she could no longer be trusted because she had lied in an affidavit supporting Masoga when he took the league to court.

Ndabeni served as whip in the portfolio committee on defence and military veterans until she was appointed whip of the portfolio committee on communications this year. Hailing from Qunu in the Eastern Cape, she served the ANC Youth League in a regional capacity in Mthatha. This was followed by a position on the provincial executive committee until she was elected to Malema’s leadership team in 2008. With no government experience apart from two years of oversight as an MP, Ndabeni will have to be a fast learner to avoid embarrassing Zuma.

Lechesa Tsenoli: deputy minister of rural development and land reform
Lechesa Tsenoli is filling the shoes of former union leader Thulas Nxesi, who has been promoted to minister of public works. He has been described as a good listener who prefers engaging with ordinary people.

Tsenoli’s experience in government gives him an advantage: he has served as a Free State minister of local government, chair of Parliament’s portfolio committee on arts and culture and, recently, chair of the portfolio committee on co-operative governance and traditional affairs. His knowledge of local government will come in handy in his new job, particularly in terms of rural development.

From as early as 2003, when he was a provincial minister, Tsenoli said that those living in rural areas are not getting enough services and development. “We have to collaborate; we have to form new, inclusive institutions that can solve problems and strengthen communities,” he was quoted as saying to City Press at the time.

Thembelani “Thulas” Nxesi (53) made his mark as a radical Sadtu leader at the hard core of acrimonious public service strikes during Thabo Mbeki’s presidency. The union would later play a role in defending and elevating Zuma to the leadership of the ANC. In this battle he was pitted against former Sadtu president Willie Madisha, who was not a Zuma supporter and was ultimately expelled from the union.

The public works department is the source of many lucrative state tenders and Zuma will sleep soundly, knowing that a reliable ally is in charge of it. Observers, however, question whether Nxesi has the technical acumen to run such a complex and politicised department. It has had three directors general since 2009.