New top cop simply has ‘a job to do’ 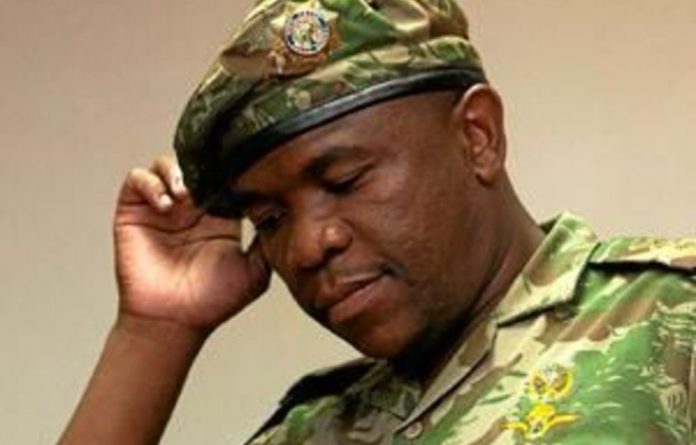 In spite of the troubles of his two predecessors, the role of acting police chief does not appear to daunt Major General Nhlanhla Mkhwanazi, who said he was expecting the full backing of the police service.

“If you have sailed at sea you will know there is not just one person making it happen,” he told the Mail & Guardian this week. “There is a captain and many other people who make the ship run.”

Mkhwanazi (38) said he had come into contact with all the presidents since Nelson Mandela in his line of work, but his appointment by President Jacob Zuma surprised him. Also known in police circles as “Lucky”, Mkhwanazi said he was aware of the stir in the South African Police Service (SAPS) caused by his rise to the top post. “Ah well, a job has to be done,” he said. “I was as surprised as everybody else.”

Embattled South Africans, who are faced with one of the highest murder rates in the world, are growing wary of appointments to this critical post after two national commissioners in a row have been accused of transgressing the law.

Therefore, it will be no easy task for Mkhwanazi, who has taken over the hot seat after police national commissioner General Bheki Cele was suspended this week, pending the outcome of an investigation into “unlawful” police building leases.

Zuma has instituted a board of inquiry to look into the allegations of misconduct in the procurement of office space for the SAPS, in line with the findings and recommendations of the public protector, Thuli Madonsela.

Unlike Mkhwanazi, who is a career policeman, Cele moved from his position as provincial minister for transport, community safety and liaison in KwaZulu-Natal to the post of top cop. In announcing the appointment of Cele in 2009, Zuma said he had executed his role in the provincial parliament “with great diligence and competence”.

Stepped into the breach
But Cele faced criticism at the time because he had no previous professional policing experience. He stepped into the breach after former commissioner Jackie Selebi fell from grace over corruption charges. Selebi was sentenced to a 15-year jail term for corruption after accepting payments from convicted drug trafficker Glen Agliotti. He remains free, pending his appeal against his conviction next month in the Supreme Court of Appeal in Bloemfontein.

When Selebi took up his post in 1999 after being appointed by the Cabinet he also faced a barrage of criticism as he had no policing experience and was considered a political careerist who owed loyalty to the ruling party. However, this appointment is different because Mkhwanazi has been in the police for the past 18 years.

But his appointment was criticised this week because police officers are reported to be unhappy because they claim he skipped a rank to take over the role of top cop. Promoted from brigadier to major-general in May, he allegedly leapfrogged over more than 20 higher-ranking officers to get the position.

Although middle and senior ranking police officers contacted by the M&G this week said they had never heard of him, his former boss, Lieutenant General Elias Mawela, who is in charge of operational response services, considers him ideal for the job. Mawela described Mkhwanazi as a dedicated policeman and a “born leader”. “He is a police officer by nature. There is just no doubt in my mind he will perform his duties with exceptional skill.

“A disciplined man, he is a very good person and he gets on well with other people. I never received any complaints about him,” he said. “He knows exactly what is expected of him and that is to fight crime. He won’t disappoint people.” The fact that he advanced over the heads of higher-ranking lieutenant generals, including himself, does not bother Mawela.

“Anybody can be appointed to the post of police commissioner. Mkhwanazi was heading the Special Task Force and he was already in an operational role in top police management,” he said. “He knows the ins and outs of police work. He knows the vision and mission of the police and all the legal requirements. I don’t know why people are criticising him for being 38.

“He is young, highly experienced and has the qualities needed for good leadership. People must give him support and not try to derail him.” Until all South Africans felt safe, there were serious challenges ahead for the police, said Mawela.

This was because he was essentially a private person and did not believe he would be giving press interviews in future. “I’m not used to all this attention,” he said. “I simply have a job to do.” Since 2005, Mkhwanazi has headed the police’s Special Task Force, the country’s most highly trained elite police team. The task force is responsible for neutralising hostage situations, providing specialised, high-risk operational policing support, protection duties, serving high-risk warrants and specialised search and recovery operations.

Until his appointment this week, he managed the air wing, all specialised operations, the tactical response team, national intervention units, the new tracking team and mobile operations, as well as cross-border operations. Another senior police officer told the M&G that Mkhwanazi was a “dynamic policeman” with potent combat skills who had the required training for the job.

“His unit was the one that provided protection to the ANC national executive committee when it went to wish Nelson Mandela a happy 90th birthday,” she said. “So many Cabinet ministers went along that day that they had to call out the Special Task Force to protect them.”

Because he has been living and working in Pretoria, Mkhwanazi said he would continue to be based there. “But, as you know, the police are an organ of the state and they work everywhere.” Mkhwanazi would not say how his wife and family felt about his new high-profile role. The couple has two daughters. “You see, I am a married man, with children, so I am not so young,” he said.

Despite the strain of lockdown, some restaurateurs are keeping bellies full
Read more
Advertising
Continue to the category
Opinion