Parochial comedy not lost in translation 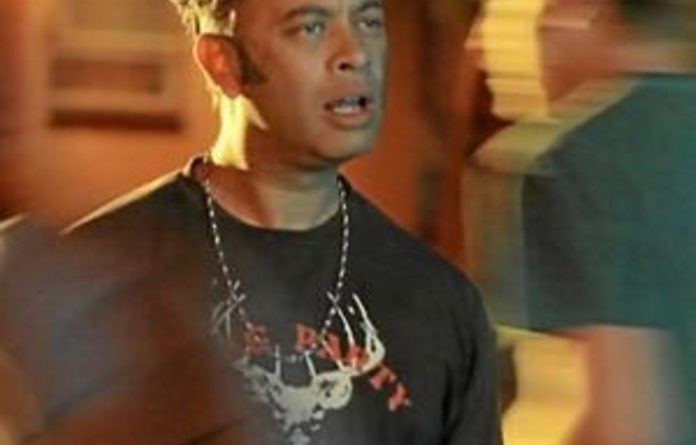 For writer-director Greene, famous for his “crowd sourcing” of finance for his first feature, A Boy Called Twist, it was amazing that the film translated, as it were: “It was an extraordinary thing, to me, to show it in Abu Dhabi to an international audience and find that people laughed the whole way through.”

Comedy is often the hardest kind of performance to get across language and cultural barriers, or so it is said. But then South African filmmakers have long felt a tension between local appeal and international pull, one that goes way beyond the question of comedy. Financing, casting, storyline — all are involved.

The South African movies that do best in the local market, it seems, are films that are almost defiantly “parochial”, to use Greene’s word. Leon Schuster is usually mentioned at this point. But is it possible to make something “parochial”, something very South African, and make money off it without stooping to the crassness and contrived idiocy of a Schuster?

“I was of the view,” says Greene, “that one of the things that’s fucking up our industry is the eye on the international prize. To me, the thing was to make something we can be proud of, that we will enjoy.”

While making Skeem, he says, “every time the international market came into my head, I’d deliberately put it out of my head. So we came up with this thing that’s extremely parochial, but at Abu Dhabi it was clear as day that the humour crossed over.”

Tightly planned
Skeem is indeed very funny, even hilarious, that element Greene and cast and crew managed very well. The movie is essentially a farce, revolving around money instead of sex, and with chalets in a “resort” off the national highway standing in for the doors that open and shut, rapidly and repeatedly, in theatrical farce. Two bumbling gangsters (or a gangster and a naif) transporting a box full of cash are forced to stop over at a resort off the national highway. There, a host of other guests (played by a sterling and huge cast) are soon stumbling over each other, and worse, to get their hands on the money.

It must all have had to be very tightly planned, I say to Greene, from script stage onwards.

Yes, he says, the planning was all “pretty clockwork. It had to be. There are like 18 lead characters all running in parallel. We had 19 days to shoot at this Gariep resort and we scheduled it very carefully at first.

“Now, we had this classic old Mustang car, which was rebuilt from scrap in some garage in Maitland. On the third day of shooting, we discovered that the stunt guys had driven it into the ground. It wouldn’t even start. It had to be towed off to Bloemfontein to be fixed. Because it was supposed to be parked in a particular place, we couldn’t shoot any of those exterior shots. And all this careful planning was now moot. We had to totally reshuffle.”

He laughs. Greene seems to laugh a lot, which probably helps a great deal if you’re a filmmaker. His little tales of the making-of also demonstrate why, even apart from humour, he’s obviously a good storyteller.

“Everyone pretty much ended up staying for the entire duration of the thing,” he says, and it was wonderful to have the whole cast and crew cocooned in the resort for the shoot.

“I always had this nostalgic idea of living in a 1960s-style arts commune, so this was like a dream come true for me. The creative networking that can happen, the focus on the project … No distractions, nobody’s driving home …”

He laughs again. “And a lot of drinking. Chalet number two was the shebeen. But I never got the sense that anyone was hungover the next day on set.”

Coming a long way
Produced by Zaheer Goodman-Bhyat, Skeem‘s budget of about R3-million triples the budget for A Boy Called Twist, and brings Greene a long way from his first short film, made 16 years ago.

“The first thing I directed was a music video for this Cape Town band called The Streaks. And, I thought, on the strength of this, someone’s going to come along and find me … and nothing happened. A year later, I was a runner in the film industry and I got some friends together and we made a short film, Corner Café, in 1995. And I thought, of course, on the strength of this … and nothing happened.”

“About five years passed and I did various things and finally I was so desperate, I decided to make a feature film by getting a thousand people each to give me a thousand bucks.” Thus was A Boy Called Twist made, a relocation of Dickens’s Oliver Twist to the streets of Cape Town.

“It was a strategic choice, a known quantity,” says Greene. “If I’m going to be an unknown director with a cast of unknowns, I need something known if I’ve got to pitch this to a thousand people.

Hence Skeem, which shows every likelihood of reaching that wider audience.

Besides the award at Abu Dhabi, it is generating a positive reaction ahead of its release in South Africa. Greene and his collaborators have staged a “day of digital mass action” to pump up the buzz, and there are signs it’s working.

Now to release the movie, with a bit of extra budget for advertising, and Greene hopes it will get good “word of mouth” (or word-of-text message, perhaps). “Maybe some people will go see it and tell their friends: ‘Hmm, it’s not actually as bad as most South African movies.'”