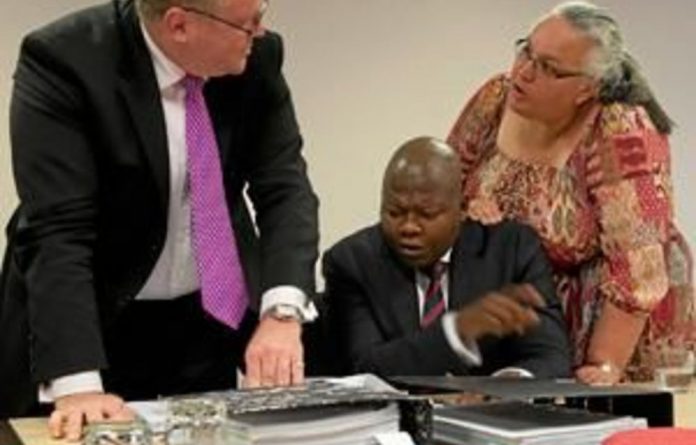 Lawyers working on the inquiry into the loss of R100-million of clothing workers’ pension fund money are submitting an application to the Western Cape High Court to compel former union organiser Richard Kawie to give evidence at the proceedings.

Kawie was subpoenaed by the inquiry but failed to appear last week. He has filed papers in the Western Cape High Court instead, asking it to overturn the subpoena. “I suspect the commission is merely targeting me as a scapegoat and is not intended to arrive at the truth,” he said in his court papers.

The Mail & Guardian disclosed last week that reliable sources, who had seen Kawie’s personal and company bank records subpoenaed by the inquiry, alleged that pension fund money was used to fund his flashy lifestyle, including overseas trips, shopping at a British department store, dinners at top restaurants and the purchase of properties and luxury vehicles.

Although the forensic trails of the money were still being followed, sources close to the case revealed that Kawie had also earned R13 000 a month for an undetermined period from the South African Clothing Workers’ Union (Sactwu) for his role as a pensions consultant.

There are expectations that the union’s suspended deputy general secretary, Wayne van der Rheede, might be able to shed some light on Kawie’s role in the scandal.

Van Der Rheede has been subpoenaed to appear before the inquiry, which resumes again early in November.

“Wayne van der Rheede’s suspension is being internally processed in terms of union procedures and processes. We cannot compromise these processes through public comment at this stage,” said Andre Kriel, Sactwu’s general secretary.

“It is true, though, that Mr Van der Rheede was the union’s national secretary responsible for retirement fund management. His suspension has to do with this fact and not with having stolen pension fund money.”

Mysteriously loaned
About R100-million of pension fund money was mysteriously loaned to Canyon Springs, which is 50% owned by Enoch Godongwana, the deputy minister of economic development, and his wife, Thandiwe. Their shares are being held in a family trust.

Canyon Springs 12 was given a final order of liquidation on Wednesday, the M&G has learned. According to Kawie’s company and personal bank records, which have not yet been presented to the inquiry, pension fund money was moved from Canyon Springs to his own companies, some of which were shells before the money started rolling in.

Xulu Liversage attorney Barnabas Xulu, who is representing the investment vehicle Trilinear Empowerment Trust, said Kawie’s legal representative had informed the inquiry that he would be “out of the country” until November 16. Kawie could not be reached on his cellphone.

However, the attorney who appeared on his behalf at the inquiry, Bulelani Mbeleni, told the M&G this week that he was no longer representing Kawie. Attempts to trace Kawie’s new attorney were unsuccessful.

The trustees of the Trilinear Empowerment Trust last week laid charges of fraud against Kawie and Sam Buthelezi, the owner of Trilinear Capital, who authorised the loans. Charges so far relate to the alleged fraudulent use of R40-million of pension fund money.

Warrant officer November Philander of the Western Cape police’s media liaison unit said he would follow up on the case because there were concerns about Kawie having left the country while the inquiry was still in process.

The applications by both Kawie and the inquiry lawyers will now be heard next week. This comes after Western Cape Judge President John Hlophe was approached for assistance to try to expedite the applications, which could otherwise have delayed the inquiry, said Xulu.