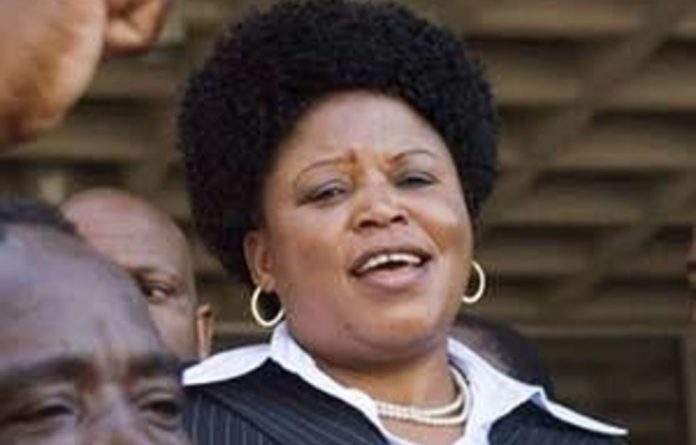 KwaZulu-Natal legislature speaker Peggy Nkonyeni has invited public protector Thuli Madonsela to investigate allegations by the Democratic Alliance that she was “profiteering” from her position in office.

“[I invite the] the public protector Ms Thuli Madonsela to investigate these allegations so that my name can be cleared once and for all,” said Nkonyeni on Saturday.

Nkonyeni’s spokesperson Wonder Hlongwa said the allegations were designed to “tarnish the image of Nkonyeni” and “convict her in the court of public opinion”.

“The only way in which her name would be cleared would be to have an independent body such as the office of the public protector to come and investigate the allegations,” Hlongwa said.

On Friday, DA provincial leader Sizwe Mchunu said that Nkonyeni was listed as a director in 13 companies, three of which were known to have conducted business with the provincial government.

Mchunu said he received the information in a response from finance provincial minister Ina Cronjé to a parliamentary question.

“Most damning is a payment of R222 300, in 2008, to one of Nkonyeni’s companies for the supply of ‘medical wheelchairs’, at a time when she was provincial health minister,” said Mchunu.

Nkonyeni had been charged with fraud and corruption in 2009, in connection with a mammogram cancer scanning machine, but charges were withdrawn because of lack of evidence.

She was also taken to the Pietermaritzburg regional court on charges of corruption. This was related to the sale of water purification plants to the KwaZulu-Natal health department.

The case was expected to resume early next year. — Sapa