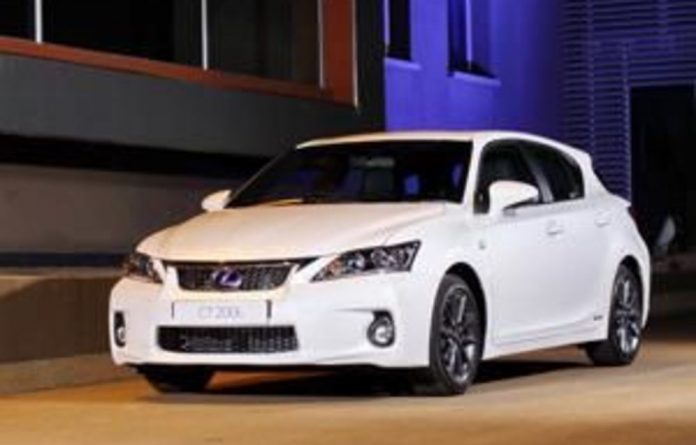 Lexus’s approach to hybrid vehicles is admirable for the simple reason that the carmaker clearly seeks to emulate the driving experience that most of us are accustomed to.

People spending upwards of R250 000 on a car want a certain amount of power, versatility and presence. Some of them do want to do their bit to save the planet, but they don’t want to do so at the expense of driving pleasure. This is the fundamental reason why hybrids aren’t selling like hotcakes — because they lack the vooma we’re used to and because they tend to be quite expensive without any properly proven resale values to fall back on.

No one, not even ardent tree-huggers want to feel that their car is a lifeless hunk of metal, which is why Lexus’s range of performance hybrids makes a great deal of sense.

Initially, I was completely underwhelmed by the CT200H F-Sport. I spent the first day driving it thinking “what the sodding hell is all the hoopla about?” Sure, it has the gadgets, the nifty features, the plush, properly appointed interior, the zooty mag wheels and the sporty exterior, but where was its sense of adventure?

It’s joie de vivre was to be found — to some degree — in an unassuming little dial in the centre console, which had three driving options: normal, eco and sport.

In normal and eco mode, the instrument dial shows off a blue background to encourage earth-friendly driving habits, but when you choose the sport mode, the rev counter and speedometer get a racy red tinge. The sport mode doesn’t give you a drastic amount of power, but it does provide a healthy amount of acceleration.

However, if you keep the car in sport mode most of the time, you will obviously experience higher fuel consumption. But I can fully understand why people might want to activate the sport mode often, as it does make a significant difference to the car’s power. The acceleration in this mode is not instantaneous and you won’t burn any rubber when taking off, but with the additional power on tap the CT200H does become more of an almost sporty hatch. The one unfortunate downside of sport mode — other than higher fuel consumption — is that the CVT gearbox sounds pretty awful when putting foot.

In truth, the car feels quite pedestrian in normal or full EV (electric vehicle) mode, but that is to be expected of a hybrid as the point of this car is fuel economy. And while it does have a sporty side, it wants you to drive sensibly without putting the pedal to the metal every time you take off from standstill. And another expected, but rather unnerving feature, was how silent the car is in EV mode. It’s so quiet that Classic FM seemed obnoxiously loud.

Although the advantage of a silent car is that you don’t have to listen to your music at window-shattering levels in order to hear it over the sound of a traditional engine, the disadvantage is that pedestrians don’t hear the car at all. During my seven-day test, two people walked in front of the car while it was in motion in parking lots and it was the hooter (and hard braking), which managed to ensure that no harm was done.

Hybrid and EV manufacturers have long been considering adding an artificial engine noise to these cars and I think it’s high time this feature was added if for no other reason than to protect pedestrians.

The CT200H has a great deal going for it — comfortable interior, good road-holding, decent suspension, loads of creature comforts and the usual safety features, which include ABS brakes, eight airbags, stability control, electronic brakeforce distribution and much more. And most importantly it has great fuel economy. On a combined cycle of city and long-distance driving, the car averages an impressive 4.1litres/100km. But, while it is undoubtedly a cool, upper-crust hybrid, it’s not really a hot hatch despite its very sporty appearance.

Ultimately, the CT200H F-Sport is well worth considering because it does a good enough job of being both a premium hatch and an eco-friendly hybrid, and that’s no easy task.