UK trips itself up on internet freedom comments 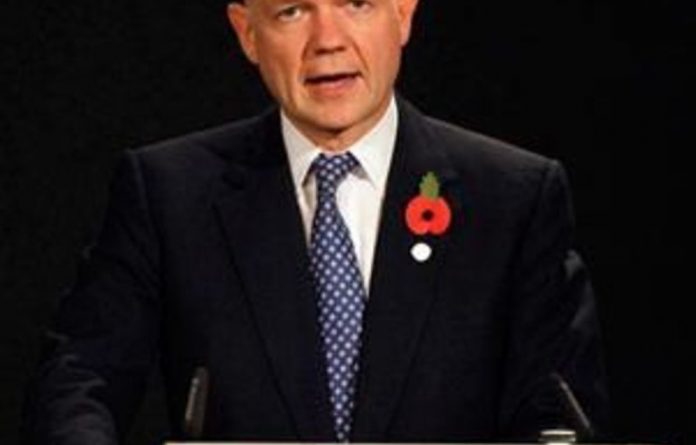 Britain faced criticism on Tuesday for considering curbs on social media after recent riots, even as Foreign Secretary William Hague castigated countries that block the internet to stifle protests.

“Too many states around the world are seeking to go beyond legitimate interference or disagree with us about what constitutes ‘legitimate’ behaviour,” Hague told the London Conference on Cyberspace.

“We saw in Tunisia, Egypt and Libya that cutting off the internet, blocking Facebook, jamming Al Jazeera, intimidating journalists and imprisoning bloggers does not create stability or make grievances go away … The idea of freedom cannot be contained behind bars — no matter how strong the lock.”

Ministers, tech executives and internet activists from around the world are meeting over two days in London to discuss how to tackle security threats and crime on the internet without stifling economic opportunities or freedom of speech.

“It’s very easy to defend this case of black and white human rights against dictatorships around the world but as soon as our own Western-style stability of the state is called into question then freedom of expression is expendable. There should be one rule for all, including western governments,” John Kampfner, chief executive of Index on Censorship, told the conference.

The conference will look at ways to increase international cooperation in addressing issues raised by the rapid expansion of the internet. Fast-growing economies are agitating for governments to have a bigger say in its regulation.

While Western states worry about intellectual property theft and hacking, authoritarian governments such as China and Russia are alarmed at the role the internet and social media played in the protests that swept the Arab world this year.

Agenda for talks
Around 60 countries, including China, Russia and India, are represented at the conference as well as tech industry figures such as Jimmy Wales, founder of Wikipedia, and Joanna Shields, a senior executive of Facebook. United States Secretary of State Hillary Clinton had to cancel due to her mother’s illness.

No agreement is expected to emerge from the conference but British officials hope it sets an agenda for future discussions.

A closed session of the conference will deal with the aspect of the internet’s rise that has seized most attention — threats to international security.

A dramatic rise in cyber attacks were reported over the last year, often linked to governments, from apparent attempts at data theft at the International Monetary Fund (IMF) and elsewhere — often blamed on China — to the Stuxnet computer worm attack on Iran’s nuclear programme linked to Israel and the US.

On the eve of the conference, the head of Britain’s communications spy agency said British government and industry computer systems were facing a “disturbing” number of cyber attacks, including a serious assault on the Foreign Office’s network.

Fast-growing emerging economies have been seeking more say in how the online realm is policed, worrying campaigners for a loosely regulated internet.

In September, China, Russia, Tajikistan and Uzbekistan proposed to the United Nations a global code of conduct including the principle that “policy authority for internet-related public issues is the sovereign right of states”.

An area where there is more prospect of international agreement soon could be cooperation to tackle conventional crime and child pornography. — Reuters