David Beckham: The Galaxy and beyond 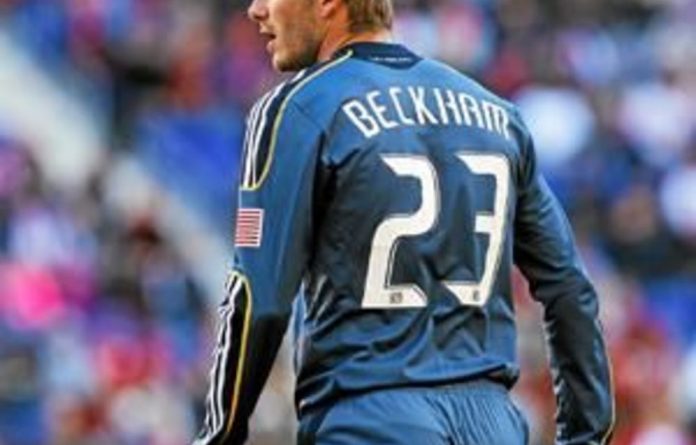 Hollywood could not have scripted it any better. As David Beckham approaches the end of the eye-watering contract he agreed with Los Angeles Galaxy almost five years ago, the former England captain is within touching distance of the trophy that will complete his American dream. “Off the field, yes,” Beckham said, when asked this week if he had accomplished what he had set out to do in the United States. “On the field, I want a championship. It’s as simple as that.”

Beckham will have moved a step closer to lifting the Major League Soccer Cup if LA Galaxy prevail at the Home Depot Center on Thursday night, in the second leg of their Western Conference semi-final play-off against a New York Red Bulls side featuring Thierry Henry. Should the Galaxy triumph they led 1-0 from the first leg — they will have only a Conference Championship tie to negotiate in order to secure a place in the final on November 20, which happens to be staged at their own ground this year.

How events unfold between now and then may well have a bearing on whether Beckham decides to stay in California for another season or opts to return to Europe, where Paris St-Germain have made no secret of their interest in signing a 36-year-old whose commercial value continues to override any concerns about diminishing influence on the pitch. “If he’s coming to Paris, it will be for other reasons than just to play football,” Michel Platini, Uefa’s president, said recently.

The Galaxy and MLS executives were thinking no differently when Beckham was unveiled at the Home Depot Center in front of 700 media outlets in July 2007. It was an extraordinary coup for MLS, regardless of the $250-million that Beckham would pick up over the course of his time in the US.

Beckham had just won La Liga with Real Madrid and was an England international, yet it was his iconic status and global appeal that promised to increase MLS’s profile significantly which made the deal work.

How successful it has been is open to interpretation. On the pitch, Beckham has played only 82 matches for the Galaxy, he has picked up twice as many yellow cards as he has scored goals, and his desire to pursue loan moves to Europe has led to his commitment being questioned at times by teammates and supporters. Yet in true Beckham style he has turned things around in what may be his valedictory season, registering 16 assists for a team that finished top of their conference.

Off the field Beckham has, in many ways, delivered what was expected of him. LA Galaxy shifted 600 000 shirts in his first year — the biggest selling jersey in any sport of any player in the world — and his presence helped to put MLS on the map. This season has seen average league attendances climb 7.2%, to 17852, which is an all-time high, and it is no coincidence that the division will have grown from 14 teams to 19 (from the start of next season) during Beckham’s time in the US.

Yet the sobering and significant footnote to all of this is that the American masses are still not buying into MLS. Viewing figures have improved, but they remain low and it is a measure of how hard the product is to sell that when NBC Sports recently signed a three-year agreement with MLS to air 49 games a season from 2012, the deal was believed to be valued at as little as $10-million to $12-million a year.

“They have not found a way to get good television ratings for the league yet,” says Grant Wahl, the author of The Beckham Experiment. “Beckham moved the needle a little bit in his first year but not that much. It’s still true that Scrabble on TV gets better ratings than Major League Soccer.”

Revolutionising the sport
The reality is that it was always going to be too much to expect one player to revolutionise the way a country thinks about a sport, especially a sport that is in its infancy compared with baseball, basketball and American football. Timothy Leiweke, president of Anschutz Entertainment Group, which owns the Galaxy, was getting a little carried away when he said at the outset: “David will have a greater impact on soccer in America than any athlete has ever had on a sport globally.”

Wahl adds: “It’s unfortunate in a sense that Lieweke said that because it suddenly put tremendously high and unrealistic expectations on Beckham. At the same time, when you see what Beckham has done

I think there is an interesting impact because of his presence. For example, the most successful team, business-wise, in the league is the one in Seattle, which started in 2009.

“The owner of that team is Joe Roth, who used to run Disney Studios, and the reason he invested in the league and a team in Seattle is because of the attention that Beckham could bring. And you look now in Seattle — they average 36 000 fans a game and they had 64 000 for a league game a week ago.”

The early years Beckham spent in the US were far from straightforward for some of those who worked closely with him. Alexi Lalas, who was the general manager at the Galaxy during Beckham’s first 12 months, believes that signing the former Manchester United player has ultimately proved to be an “absolute success” — yet he openly admits that he found it mentally draining trying to deal with all the issues that go hand in hand with employing an A-list celebrity.

“I think the Galaxy as an organisation, and I was part of it, was ill-prepared to handle the hurricane that is David Beckham and everything that entails, on and off the field, and it took a few years to figure it out,” Lalas says. “David came in and there was an expectation that he and he alone would be able to provide wins and that just doesn’t happen. But Bruce Arena, the coach right now, recognised that it had to be about the Galaxy first and foremost and not about David Beckham.”

Beckham has succeeded in turning the Galaxy into a “significant and meaningful international brand”, according to Tom Payne, the club’s president, who has just finalised a lucrative post-season tour to Indonesia, the Philippines and Australia for what may turn out to be Beckham’s farewell appearances. The Galaxy are bullish about keeping the man who won 115 England caps and are also confident that their crowds will not fall if he leaves, although there is an acknowledgement that it would be impossible to find a replacement. “There aren’t any other David Beckhams, on and off the field, around, are there?” Payne says, before noting that Real Madrid’s Cristiano Ronaldo is probably the next-best thing.

The wider challenge facing the MLS as and when Beckham departs is to ensure it builds on his legacy and continues to raise the standard of football by producing homegrown players, as well as recruiting the likes of Henry and Robbie Keane.

Dan Courtemanche, MLS’s executive vice-president, says: “Ten years from now we need to have at least 50 Landon Donovan-calibre American players in the league, and we also need to have multiple players better than Donovan competing in MLS. With a country of 300-million-plus people, you’d hope that could happen.”

For the moment, however, all eyes are on Beckham to see if he can win the trophy that will help to ensure he is remembered for what he did on the field. “Let’s be honest, through the years, at times, he has tested the patience of Galaxy and MLS fans with the perceived notion that the Galaxy is not first and foremost in his mind,” Lalas adds. “The loan spells [to Milan] and the international duty certainly didn’t do his cause any good. But I would really like to see it end with him raising the MLS Cup because it would just be a storybook ending of the rollercoaster ride that is has been.” —