How Juju’s Mauritius wedding host made his millions 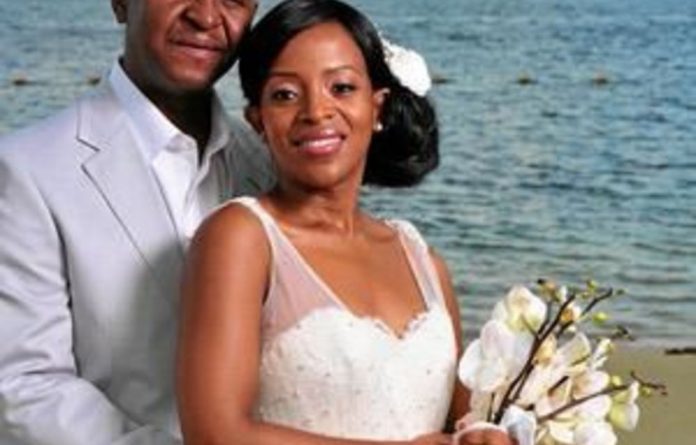 Property magnate David Mabilu, who hosted Julius Malema and a group of celebrities at his extravagant Mauritius wedding bash last weekend, made millions by buying land from one arm of government and reselling it to another.

The 44-year-old multimillionaire and his bride, Phala, chartered an airplane to ferry hundreds of friends, family and entertainers from South Africa to the Indian Ocean island for a weekend-long wedding party that reportedly set him back about R15-million.

Among the guests were the ANC Youth League president, a close friend of Mabilu, as well as other members of Limpopo's political elite, past and present. Guests said that no expense was spared.

The Mail & Guardian can now reveal how Mabilu has cashed in on public-land deals that have set the taxpayer back tens of millions of rands while officials apparently looked the other way.

Mabilu did not answer detailed questions this week, but said the allegations were 'defamatory”.

In 2008 Mabilu's company, Promafco, concluded a land-swap with the Polokwane municipality through which he secured two lucrative patches of property in return for four farms.

A year later Mabilu sold one of the two patches at almost five times the price to the Limpopo local government and housing department through ill-fated parastatal Thubelisha Homes, netting an instant R20-million. And he scored about another R20-million by adding two adjacent pieces of land he had acquired privately and which were similarly escalated in value.

Meanwhile, the four farms Mabilu had transferred to the Polokwane municipality lie largely idle. The land, which is situated on the edge of Malema's home township of Seshego, became the subject of a bogus scheme last year when a group of unnamed people dubbed it "Julius Malema Park" and sold plots illegally to unsuspecting locals, who were later evicted.

One of the farms is used as a borrow pit to provide soil for the construction of roads, while a planned cemetery was later established elsewhere.

Mabilu, who has become a close friend of the Limpopo leadership, boasts a portfolio of thousands of Reconstruction and Development Programme homes and public buildings developed for public authorities in Limpopo since the early 2000s and, more recently, in Gauteng.

Although his work is credited with quality and has won a number of awards, Mabilu's associates also describe him as a shrewd operator who forges relationships with all the right people.

Setting up a killer deal

The series of transactions started in May 2007 when Mabilu's company, Vharanani Properties, bought two portions of the farm Doornkraal, situated in the development corridor between Polokwane's central business district and Seshego, from two companies that had gone into liquidation.

A month later, in June 2007, Mabilu's Promafco Consultants wrote to the Polokwane municipality. In exchange for four farms bordering Seshego, which the municipality had previously wanted for communal grazing, he wanted a Doornkraal portion as well as four prime erven in Polokwane's Ster Park, all owned by the municipality. Mabilu's letter and other documentation entered the public domain through an unrelated court matter.

Although Mabilu might not have shed serious tears over letting the four Seshego farms go — they had just been invaded by township dwellers — the acquisition of the municipality's portion of Doornkraal would have been of great value to him.

It was adjacent to the two Doornkraal portions he had just bought but also bordered Nelson Mandela Drive, linking the city and Seshego. Together, the three portions would have great potential for middle-to-low-income residential development.

A plan comes together

Three months later, in September 2007, Polokwane's municipal council approved the land swap subject to valuations being done. This culminated in Mabilu and the municipality concluding a deed of exchange in February 2008, in terms of which the properties would be swopped as proposed by Mabilu, but with him paying in an extra R5.9-million.

The ink was hardly dry on that agreement when Mabilu entered into negotiations with the Limpopo local government and housing department to sell it the three adjacent Doornkraal portions: the two he had bought privately and the one from the municipality.

The man he negotiated with at the local government and housing department was its then senior general manager, Ngoako Molokomme, who happens also to have been a guest at Mabilu's wedding in Mauritius last weekend.

Molokomme did not want to comment on the transaction this week, saying: "I cannot comment on behalf of the department as I no longer work for them."

He was also not willing to speak about his friendship with Mabilu. "Private matters don't come into it."

Be that as it may, the department bought all three portions from Mabilu in March 2009 through Thubelisha Homes, the non-profit housing parastatal established by the national housing department that was already being wound down because of chronic administrative troubles.

This transaction netted Mabilu a cool R40-million-plus — R51-million for property acquired at just more than R10-million — and broken down as follows:

Underlying this extraordinary, fivefold escalation was the valuation formulas used. In late 2007, before the property swap was finalised, a private valuer contracted by the municipality had placed a R210 000-per-hectare tag on the municipality's Doornkraal portion.

Before the Thubelisha transaction a year later, the same valuer, this time on behalf of the local government and housing department, valued the same land at R1-million per hectare.

The valuer, Francois Goosen, this week justified the increase, saying that the "market had truly turned rapidly", with other comparable properties fetching prices approaching that and that Mabilu had gained approval from the Polokwane municipality's planning department for township establishment, which would have increased the value.

But a town planning map he provided indicated the approval predated his first valuation, which could not account for the subsequent escalation. Goosen then acknowledged: "This does not make sense to me either."

Mabilu did not reply to specific questions this week, but said: "I have noted with concern the aspersion, intended or unintended, that your inquiry casts regarding the exchange of land between Polokwane Municipality and Promafco.

"I strongly believe that some of the allegations you have raised, and which you put as facts, are not only baseless but defamatory to my person and my companies, Vharanani Properties and Promafco."

Mabilu also referred to his victory in court against property developer Glenmatile, which had challenged Promafco and the Polokwane municipality for abandoning a separate tender for the Ster Park properties that were later included in the land swap. However, that matter is unrelated to the Doornkraal transactions from which Mabilu reaped his about R40-million profit.

"Finally," Mabilu said, "it leaves much to be desired and I'm perturbed and note with dismay that you raise questions which imply political insinuations without any bases thereto."