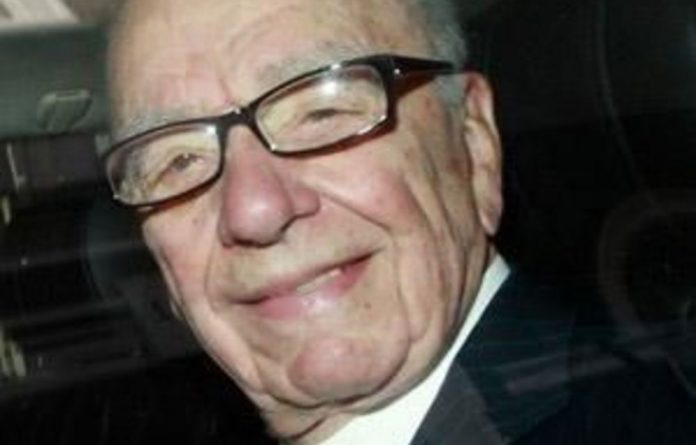 The phone-hacking scandal engulfing Rupert Murdoch’s News Corp threatened to spread to other titles on Friday, as sources said a journalist at the Sun newspaper had been arrested over allegations of police bribery.

Police investigating events at the News of the World tabloid said they had arrested a 48-year-old in connection with payments made to police. A spokesperson for News Corp’s British newspaper arm News International said an employee had been arrested.

The Sun, Britain’s largest circulation daily newspaper, is the sister paper to the 168-year-old weekly News of the World, which News Corp shut down at the height of the storm in July.

News of the arrest of a Sun journalist will come as a bitter blow to the group, which has consistently argued that the illegal practices of snooping on people’s phone messages and paying off the police were restricted to the News of the World.

The scandal has infuriated News Corp minority shareholders, forced the resignations of top British police officers and embarrassed Prime Minister David Cameron who had hired the former editor of the News of the World as his media advisor.

The revelations have led to a string of police inquiries and civil court cases after it emerged earlier this year that the popular tabloid had hacked phones on an almost industrial scale to generate exclusive stories.

On Friday a spokesperson for police investigating the hacking at the News of the World said they believed that the number of people targeted for phone message eavesdropping was almost 5 800, some 2 000 more than originally thought.

Loss in millions
The full scale of the problem means News Corp is likely to face a much larger bill for compensation of victims than it had originally anticipated. The group said this week that the cost of the News of the World closure would run to $91-million, mainly from employee severance charges.

It declined to clarify what amount had been reserved for future legal cases.

News Corp admitted liability for phone-hacking in April after long arguing that the offence was the work of one ‘rogue’ News of the World journalist who had already gone to jail.

News of the Sun journalist’s arrest put News Corp back in the spotlight at a time when it is trying to move on, making payments to charity and dismissing staff.

James Murdoch, Rupert Murdoch’s son and head of News Corp’s Europe and Asia operations, is due to appear next week before the powerful parliamentary committee investigating the scandal.

News International said on Friday it had launched a compensation scheme with a website as a faster and more cost effective alternative to court litigation with high court judge Charles Gray acting as an independent adjudicator. — Reuters