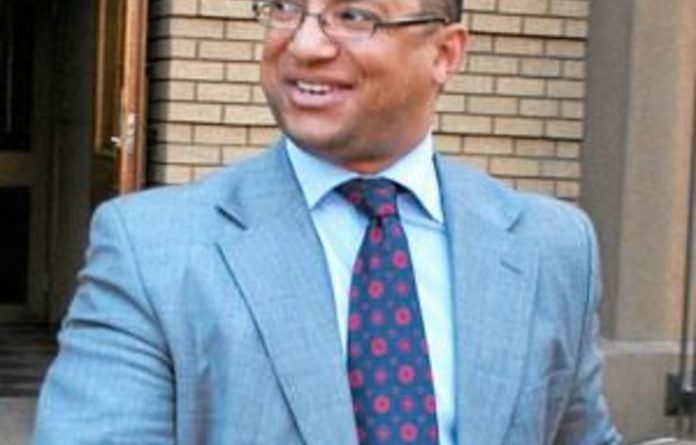 In a controversial move this week, President Jacob Zuma appointed Michael Hulley, his personal lawyer and one of the directors of the now-liquidated mining company Aurora Empowerment Systems, as his part-time legal adviser in the presidency.

Hulley’s appointment comes in the wake of a liquidation hearing at the North Gauteng High Court this week over the mismanagement of Pamodzi Gold’s Orkney and Grootvlei mines.

Liquidators of Pamodzi appointed Aurora Empowerment Systems to manage the mines in October 2009. At the time, the mines were fully operational.

Khulubuse Zuma, the president’s nephew, and Zondwa Mandela, grandson of former president Nelson Mandela — the directors of Aurora along with Hulley, a non-executive director, and Thulani Ngubane — have come under intense heat over the mines’ demise.

Aurora was liquidated last month after the company’s directors failed to secure the expected funds to operate the mines.

In a statement released on Thursday by Solidarity, the union representing a portion of the mines’ workers, cried foul at the news of Hulley’s appointment.

Solidarity spokesperson Gideon du Plessis alleged that Aurora had broken various mining and labour laws and had violated its employees’ basic human rights during the period that it had managed the Pamodzi mines.

“All of this went on while Hulley, an advocate who is supposed to be a protector of the law and human rights, looked on,” said Du Plessis.

Hulley’s appointment is controversial for several reasons. He represented Zuma in several personal legal matters, prompting fears of a conflict of interest arising from his appointment.

However, Zuma’s spokesperson, Mac Maharaj, told the Mail & Guardian on Thursday that Hulley was not on a permanent retainer as the president’s personal attorney, and that Hulley would not be involved in specific legal matters that could pose a conflict of interest.

Hulley’s appointment is also questionable in light of the suspicion that the four directors of Aurora are enjoying indemnity because of their links to the presidency.

Last week, the portfolio committee on mineral resources recommended that criminal charges be brought against all the Aurora directors. Solidarity has appealed to the committee to support its demand for the immediate rescission of Hulley’s appointment.

However, Maharaj said that he was not aware of the committee’s recommendations: “I have not seen it in any press reports.” Asked if Hulley was vetted before his appointment, Maharaj said that it was within Zuma’s rights to appoint Hulley.

“All of us go to the ones we know best. Zuma has respect for his [Hulley’s] legal abilities. You’ve had controversy about all sorts of appointments. This is a free country.”

The sinking of Aurora

At least 5 300 mine workers — who have not been paid since June last year and who downed tools last March — have not been able to claim from the Unemployment Insurance Fund (UIF) as Aurora also stands accused of misappropriating UIF contributions as well as pension fund money.

In May this year disgraced liquidator Enver Motala was removed from the liquidators’ panel and Aurora lost control shortly thereafter.

Aurora and its directors have made headlines several times since 2009, mostly linked to the terrible state of the mines.

Earlier this year, the M&G reported on conditions at the Grootvlei mine on Johannesburg’s East Rand. Hostels were overcrowded, the water had been turned off and toilets were overflowing with faeces.

There has been one suicide and at least four attempted suicides by workers at the mine, who have had no income for more than a year. Many are surviving by selling scrap metal from the mines. Some are taking wood from the buildings on the property to use and sell as firewood.

Hulley, a criminal lawyer from Wentworth in Durban, rose from obscurity when he first represented Zuma in his corruption trial in 2005.

Zuma, who was deputy president at the time, was charged with corruption for his alleged involvement in the arms deal. His case followed the fraud and corruption conviction of his former financial adviser, Schabir Shaik.

Midway through his corruption trial in 2009, the National Prosecuting Authority (NPA) withdrew the charges against Zuma after Hulley mysteriously came into possession of leaked tapes with evidence of alleged political meddling in the NPA’s case against Zuma.

The tapes reflected conversations between Bulelani Ngcuka, then national director of public prosecutions, and Leonard McCarthy, who was the Scorpions boss.

On the tapes Ngcuka and McCarthy could allegedly be heard discussing the timing of the charges against Zuma to create an advantage for his political rival, former president Thabo Mbeki.

Hulley gave the recordings to the NPA and its acting head, Mokotedi Mpshe, who then withdrew the charges because the legal process had been “tainted”.

Hulley’s business dealings with the Zuma family were also called into question in 2010 when the advocate was linked to two British Virgin Islands registered companies that were controversially awarded oil exploration rights in the Democratic Republic of Congo by its president, Joseph Kabila.

The companies, Caprikat and Foxwhelp, fronted by Khulubuse Zuma, reportedly paid $6-million in licensing fees for the exploration blocks.

Kabila had previously allocated the blocks to Irish oil firm Tullow, which lost a court bid to reclaim the oil concessions in Lake Albert, which borders Uganda.

Khulubuse and Hulley denied last year that their intentions were to sell the concessions to the highest bidder, which would mean they had reneged on the understanding that the company would develop the area around the oil blocks.