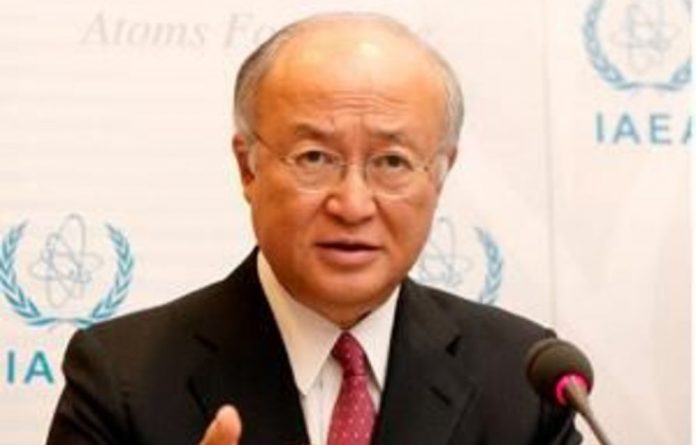 In a report derided by Iran as “politically motivated” and likely to stir tension in the Middle East, the IAEA says Tehran has been trying to design an atomic bomb.

Iran appears to have worked on designing an atomic bomb and may still be conducting secret research, the UN nuclear watchdog said in a report likely to raise tensions in the Middle East.

Citing what it called “credible” information from member states and elsewhere, the agency listed a series of activities applicable to developing nuclear weapons, such as high explosives testing and development of an atomic bomb trigger.

The report immediately exposed splits among the big powers about how best to handle the row over Iran’s nuclear aims: the United States signalled tougher sanctions on Tehran but Russia said the report could hurt chances for diplomacy.

It was preceded by Israeli media speculation that the Jewish state may strike against its arch foe’s nuclear sites. But Defence Minister Ehud Barak said on Tuesday that no decision had been made on embarking on a military operation.

Iran, which denies it wants nuclear weapons, condemned the findings of the Vienna-based International Atomic Energy Agency (IAEA) as “unbalanced” and “politically motivated”.

Tehran’s history of hiding sensitive nuclear activity from the IAEA, continued restrictions on IAEA access and its refusal to suspend enrichment, which can yield fuel for atom bombs, have drawn four rounds of UN sanctions and separate punitive steps by the United States and European Union.

Some of the cited research and development work by Iran have both civilian and military applications, but “others are specific to nuclear weapons”, said the report, obtained by Reuters on Tuesday before an IAEA board of governors meeting.

Oil prices briefly rose after it was issued, with Brent crude trading up 11 cents to $114.67 a barrel at 6pm GMT.

“I think the facts lay out a pretty overwhelming case that this was a pretty sophisticated nuclear weapons effort aimed at miniaturising a warhead for a ballistic missile,” said prominent US proliferation expert David Albright.

“It’s overwhelming in the amount of details; it is a pretty convincing case,” he said.

Western powers have pressured the major oil producer, which says its nuclear programme is aimed at increasing electricity generation, over its record of hiding sensitive nuclear activity and lack of full cooperation with UN inspectors.

The United States will look to put more pressure on Iran if it fails to answer questions raised by the IAEA report, a senior US official said in Washington.

“That could include additional sanctions by the United States. It could also include steps that we take together with other nations,” the official told reporters.

Separately, a second US official told Reuters the United States was unlikely, for now, to sanction Iran’s central bank but that it could target additional Iranian commercial banks or “front companies” possibly involved in its nuclear activities.

Russia criticised the report, saying it would dim hopes for dialogue with Tehran on its nuclear ambitions and suggesting it was meant to scuttle chances for a diplomatic solution.

“We have serious doubts about the justification for steps to reveal contents of the report to a broad public, primarily because it is precisely now that certain chances for the renewal of dialogue between the ‘sextet’ of international mediators and Tehran have begun to appear,” the Russian Foreign Ministry said.

Russia and the United States are among the six big powers — also including China, Britain, France and Germany — which have been involved in stalled attempts to find a diplomatic solution to the nuclear dispute with Iran.

Tehran has for years dismissed allegations of atomic bomb research, based largely on Western intelligence funnelled to the IAEA, as fabricated and baseless, and more recently sought to discredit Amano as a tool of Washington.

Israeli officials had no immediate comment on the IAEA report, which was big news in a Jewish state that feels uniquely threatened by Iran. Israel is widely believed to harbour the Middle East’s only nuclear arsenal.

For several years the IAEA has been investigating Western intelligence reports indicating that Iran has coordinated efforts to process uranium, test high explosives and revamp a ballistic missile cone to accommodate a nuclear warhead.

Iran, the world’s No. 5 oil exporter, insists that its work to enrich uranium is for a future network of nuclear power plants to provide electricity for a rapidly growing population.