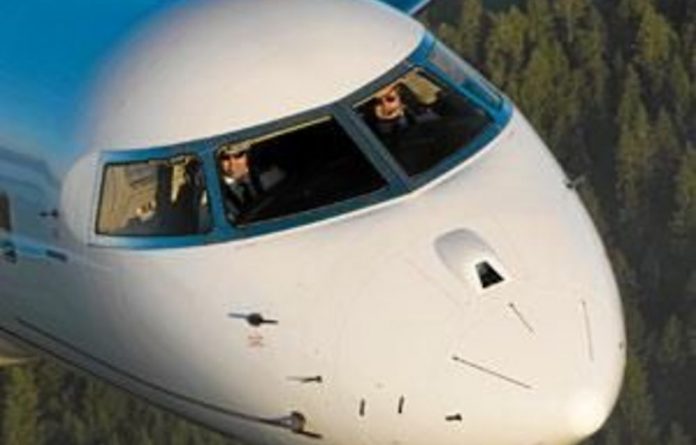 The political turbulence buffeting the presidential VIP aircraft is worsening as attention now focuses on the relationship between the department of defence and two air charter companies, AdoAir and Execujet.

AdoAir, based at Lanseria Airport near Johannesburg but part-owned by Nigerian businessman Adegboyega Olulade, has gone to court to challenge the attempt by the department to walk away from a five-year charter contract.

According to papers filed by AdoAir in the North Gauteng High Court in Pretoria, the department wrote to AdoAir on March 24 this year accepting the company’s bid for a VIP aircraft lease deal worth about R830-million over five years.

Recent reports suggested that the former secretary of defence, Mpumi Mpofu, had raised concerns about the contract.

Mpofu resigned last week, without giving reasons publicly, after coming under pressure from Defence Minister Lindiwe Sisulu over the delays in procuring new VIP aircraft as well as the highly publicised technical failures of aircraft leased from Execujet in the interim.

Following Mpofu’s departure Sisulu’s spokesperson, Ndivhuwo Mabaya, said the minister had requested a legal opinion on the AdoAir contract. “We want to know if we have an obligation to AdoAir. If we’ve got it, we have to honour that agreement,” he told the Mail & Guardian last week.

Now investigations have revealed that a businessman with close ties to the Zulu royal family is an influential shareholder in AdoAir.

In court papers the company disclosed that on May 24 this year, when negotiations over the signing of the lease contract were reaching a conclusion, South African Air Force chief Lieutenant General Carlo Gagiano intervened.

Without explanation, Gagiano “requested Mr Musa Masiza, a shareholder — to amend the identity of the signatory of the lease to be the chief of the air force”. Mpofu had previously been the signatory.

But the lease was never signed and the issue blew up after AdoAir went to court in August to try to enforce its deal with the defence department.

Masiza, who declined to speak to the M&G, is a former spokesperson for Zulu King Goodwill Zwelithini. He also serves as a director of the King Zwelithini Jubilee Foundation and has shares in Saab Grintek Defence through the Imbani Amandaba consortium.

But times are clearly tough for Masiza. Last year FirstRand Bank was awarded a R2.9-million debt default judgment against him and this year he was the co-defendant, with his company, Unkonka Security Services and Consultancy, in a sale in execution of a Pretoria property.

The department invited bids in February and AdoAir claims that feedback from the due diligence conducted by its own bankers suggested its bid had been R100-million cheaper than the next best offer.

But in April, after acceptance of the bid, the deal appeared to have gone sour. No explanation has yet been offered by the defence department, but on April 24 the unofficial air force website, saairforce.co.za, published a report stating that the lease deal had been taken away from AdoAir and given to “a large and respected SA company”.

Three days later the company was named in another report as Execujet.

AdoAir says it was assured by a Colonel Mulaudzi that these reports were incorrect. However, the department continued dragging its feet and in June ceased altogether to respond to AdoAir’s attempts to have the final contract signed.

Also in June the department arranged for Armscor to issue a new short-term lease tender, the argument being that the president’s Boeing Business Jet was due for a major service and would be out of commission for at least three months.

This tender was abandoned because no bidders were willing to meet the expense of registering aircraft in South Africa for such a short contract.

Aircraft — including the Global Express that caused problems for Deputy President Kgalema Motlanthe on his scheduled trips to Finland and New Zealand — were hired from Execujet in terms of an ad hoc supply tender awarded to the company and other nominated suppliers in September 2009.

It is not clear whether an empowerment deal by Execujet played any role in the defence department’s change of heart over its contract with AdoAir.

On April 27 ExecuJet South Africa announced that it had reached an agreement with the little-known Simang Group to purchase 30% of the company. A previous deal with Robert Gumede’s Guma group was never consummated.

The press release described Simang Group as an investment company established in 2008 as the holding company for a host of companies in various sectors of the market, including information technology, logistics, property, engineering, mining and resources.

According to its website, Simang is owned in equal share by Stephen Paddy, Andrew Masongwa and Lawrence Maram, who all seem to have an IT background.

Eventually, in August, AdoAir went to court to have the defence department’s apparent repudiation of the contract reviewed.

In terms of court rules AdoAir demanded that the department -supply the records of how it reached the decision to appoint the Nigerian company and then terminate the appointment. Until now, it is understood, the department has failed to provide the required documentation. The matter is expected to return to court next week.

Umgeni Water’s board in KwaZulu-Natal was appointed irregularly by her predecessor, the water and sanitation minister claims
Read more
Education

The state rapidly put in place a solution for the emergency provision of water, but it has been hampered by the shortage, and cost, of water tankers
Read more
Politics

The water and sanitation minister has detailed her department's moves to combat corruption, but failed to address corruption claims her top adviser
Read more
Politics

A document leaked to journalists says the minister was aware of illegal fundraising for her presidential bid by her own task team ... and ‘kept quiet’ about it
Read more
Coronavirus