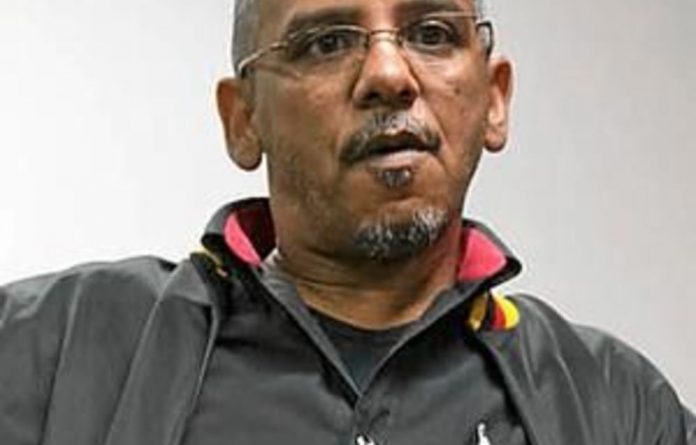 To the tune of the well-known patriotic Cuban song Guantanamera, a group of workers sang the praises of Wayne van der Rheede, the deputy general secretary of the South African Clothing and Textile Workers’ Union. He had just arrived in Cape Town on Wednesday to give evidence at an inquiry into the disappearance of R100-million of clothing workers’ pension money.

The friendly welcome came despite the fact that the union has suspended Van der Rheede, who was a trustee of three of the five Sactwu workers’ provident pension funds that lost millions.

Van der Rheede, wearing a union T-shirt was warmly embraced by Sactwu officials and workers. He told the inquiry he was still unsure why he had been suspended from his position in the union, which he has served for 20 years.

“My understanding was that the national executive committee met in July,” he said. “The committee wanted to look into matters of oversight and on that basis they would suspend me. I was not officially told why I was being suspended.”

Van der Rheede said the funds had been administered as a collective and those in charge were advised before investments were made.

“We were fulfilling our duty. We asked consultants to give us advice and then we would take decisions. We did not delve into details. We have never done that with any company,” he said.

It was proposed that provident fund money should be invested with asset managers Trilinear after a presentation by its owner, Sam Buthelezi, in 2007, he said.

“The funds did not immediately flow in the next day,” said Van der Rheede, adding that the decision had to be vetted before the money could be moved.

Van der Rheede claimed not to have known the identity of the trustees of the Trilinear Empowerment Trust, the investment vehicle used to manage the pension funds.

“How is it possible that R422-million of the workers’ pension money was allowed to go to an entity of which effectively you know nothing?” asked Gavin Woodland, Sactwu’s senior counsel. “On your evidence you weren’t aware who these custodians were, something I find very difficult to accept.”

The Trilinear Empowerment Trust concluded an agreement in 2009 to lend Canyon Springs Investments 12 R150-million. Asked what happened when the union’s officials found out about this loan, Van der Rheede said they had been upset.

“We were dismayed, angry as a union, angry as trustees, because our instruction had been clear that investments would always be in listed companies.”

He conceded that in 2008 the Financial Services Board informed the union that there were problems with asset manager Trilinear and that its licence had been temporarily suspended. “We wanted to take immediate action and get the money back,” he told the inquiry.

But the loss of money was not stemmed. As late as last year, another R150-million of clothing workers’ money was used to buy shares in floundering property group Pinnacle Point, which was liquidated last week.

Van der Rheede also revealed that he had a meeting in Cape Town this week with former union organiser Richard Kawie, who defied a summons to testify at the liquidation inquiry of Canyon Springs Investments 12 two weeks ago and was believed to be abroad.

“He called me on Monday to say he’s back in the country and we just chatted,” said Van der Rheede. “He told me how he had gone to see how his kids were doing and I told him I was holding out, waiting for my suspension to be lifted.”