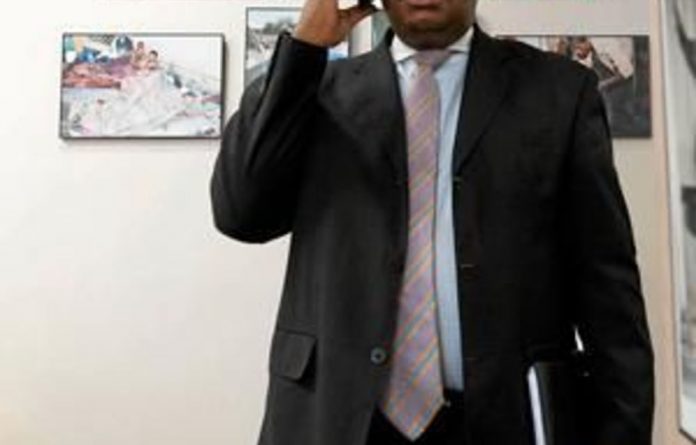 The inquiry investigating the loss of R100-million of clothing workers’ pension funds has subpoenaed the bank records of the Trilinear group, which mysteriously loaned the money to Canyon Springs Investments 12 on the strength of a verbal agreement.

Included in these records are damning details of the flow of money to private accounts and trusts, as well as to the now liquidated Canyon Springs, a company that is 50% owned by Deputy Minister of Economic Development Enoch Godongwana and his wife, Thandiwe.

Trilinear was also involved in using a further R250-million of the pension fund money to buy into a struggling luxury property group, Pinnacle Point, which was liquidated late last week.

The owner of Trilinear, Sam Buthelezi, was expected to appear at the inquiry in Cape Town this week to answer questions about the loans made to Canyon Springs but he failed to arrive.

This week the Financial Services Board also withdrew the licences granted to Trilinear, which means it can no longer manage or invest clients’ money.

Tony Canny, a partner in Eversheds, the law firm that represents the clothing union Sactwu, said he would apply urgently to the Western Cape High Court to compel Buthelezi and Motau to appear at the inquiry.

The inquiry was hoping for Buthelezi’s response to evidence by former Trilinear fund manager Siphmandla Jama that R13-million of a R15-million Canyon Springs loan to another company, Leading Prospects, went to Buthelezi’s Pasima family trust.

“They had previously made an offer, long before Canyon Springs was liquidated and long before this inquiry was established, to co-operate in a forensic investigation, but nothing happened,” Mlisano said.

His clients had decided to ask the high court to interdict the publication of the proceedings and to declare their summonses invalid, and they were trying to raise the necessary fees to engage counsel.

“I regard this as a blatant strategy to subvert these inquiry proceedings,” said Gavin Woodland SC.

Kawie failed to appear at the inquiry two weeks ago, presenting “identical arguments”, he said. However, Kawie lost his case last week in the high court, which ordered him to testify.

Reitz ruled that Buthelezi was a “necessary witness” who must give evidence. “I’m satisfied there is no lawful excuse and this inquiry will therefore lay criminal charges against both of them,” said Reitz.

In court papers last week, Sactwu general secretary Andre Kriel asserted that Kawie was the effective corporate controller of Canyon Springs and he and Buthelezi had “orchestrated” the scheme through which the Trilinear Empowerment Trust lent the company more than R100-million.

Kriel’s affidavit was part of the union’s application to oppose Kawie’s bid to overturn his inquiry subpoena.

The idea had been that Trilinear Asset Management would invest in empowerment equity transactions, which, as a rule, mainstream financial institutions did not fund, said Kriel in his affidavit.

“It was intended that premium returns on these investments, which were to be of a medium to long-term nature, would be generated for the benefit of Trilinear Empowerment Trust and, ultimately, the five beneficiary provident funds.”

Kriel claimed that Trilinear Asset Management had no authority to use the fund money placed in the Trilinear Empowerment Trust to make loans.

Hiding away in the lap of luxury
After ducking the inquiry investigating the loss of R100-million of clothing workers’ pension fund money, Sam Buthelezi, owner of the Trilinear Asset Management group, drove in a silver Jaguar to the big house in Bantry Bay, Cape Town, where he now lives.

The Mail & Guardian took pictures of Buthelezi and his wife, who objected loudly.

The multimillion-rand house belongs to Richard Kawie, a former union organiser who has also been a key figure in the drawn-out Canyon Springs debacle.

Kawie, who was allegedly central to facilitating the loans of pension fund money, failed to appear at the inquiry into the liquidation of Canyon Springs Investments 12 two weeks ago.

Kawie has been ordered by the court to attend the next hearing, on November 23.

He put his luxury house in the seaside suburb on the market in June, shortly after the scandal broke over the disappearance of about R420-million of clothing workers’ pension funds.

The inquiry has subpoenaed his personal bank and company records, which allegedly reveal that he has been living high on the hog.