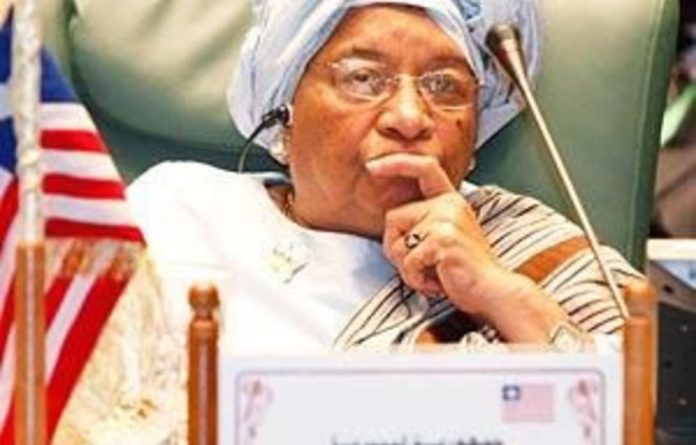 Liberia’s Ellen Johnson-Sirleaf has appointed a nun to probe a pre-poll shooting incident, her office said on Tuesday, as final results were set to confirm the Nobel Peace Prize winner’s divisive re-election.

Sirleaf already claimed victory when early results gave her a whopping 90% share of the vote after her rival Winston Tubman pulled out of the November 8 run-off, citing the risk of widespread fraud.

The West African nation was on edge as Tubman demanded a re-run and said his party was planning another mass rally for the funerals of opposition supporters allegedly killed by police on the eve of the vote.

The presidency said in a statement on Tuesday that Sister Mary Laurene Browne (68) a university teacher, will lead the independent commission of enquiry into deadly clashes between opposition supporters and police on November 7.

Browne is the president of the Catholic Stella Maris Polytechnic and also sits on the board of trustees of the University of Monrovia.

‘Friends of the president’
“We cannot be clearer: all those found to have broken the law will be brought to justice,” Sirleaf said in a statement.

However Tubman, a 70-year-old former UN diplomat, has already denounced the commission as full of “partisans and friends of the president”.

“I think the opposition should wait for us to probe the incident and submit our findings and then based on what we have done they can judge us,” Browne told Agence France-Presse.

Tubman had called the opposition rally on the eve of the election in support of his poll boycott after claiming the first round was riddled with fraud despite the poll being given a clean bill of health from some 4800 observers.

Riot police struggled to contain the angry protesters who surged onto the street to hold an unauthorised march, throwing stones and panic quickly broke out with police firing teargas and later firing live bullets into the crowd.

Firing on the crowd
A police officer, who was not in riot gear, had to be wrestled down by UN peacekeepers as he fired his pistol into the air.

A source close to the investigation said footage of the incident showed a man in plain clothes entering CDC headquarters from the side of the compound closest to Sirleaf’s residence, less than half a mile away, and firing on the crowd.

The presidency said one person was killed but the UN mission in Liberia has said there were two deaths.

At least six people with bullet wounds, mostly to their legs, were admitted to a Liberian hospital, a medical source told AFP.

The CDC says up to eight people were killed but refused to hand over the bodies to the police and cooperate with the investigation.

This gathering was initially going to take place on Monday or Tuesday, however party chairperson Geraldine Doe-Sherif said a final decision would be taken on Wednesday.

“Right now we are meeting with the families of the victims and after we have met with the families we will call a mass rally of all our supporters and then we can decide our next plan of action,” she told AFP.

However Tubman says her re-election was “a political farce of the highest order and must not be allowed to stand” as low turnout of 38% shows she lacks a legitimate mandate.

The nation’s second post-war poll was billed as a chance to cement a fragile democracy eight years after the end of a 14 year war which left some 250000 dead but instead deepened divisions. — Sapa-AFP