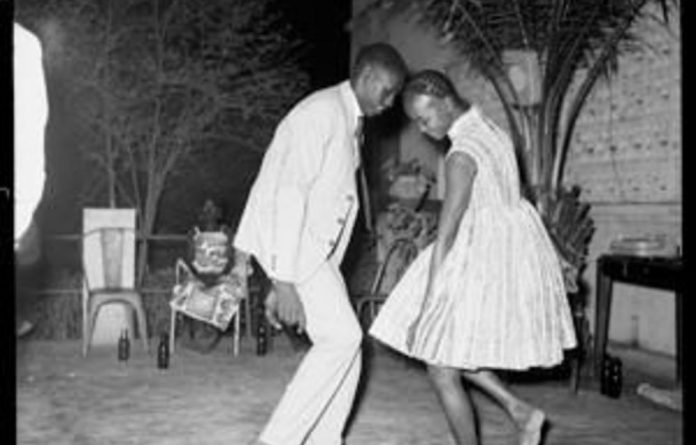 The annual Paris Photo Fair was held over four days in the French capital last week. Housed in the historic Grand Palais des Champs-Elysées, the 15th edition of the event included 117 galleries from 24 ­countries, ­featuring the best of 19th-century, modern and contemporary ­photography.

The Walther Collection, which was presented under the fair’s private-collection exhibition banner, paid homage to the passion and curiosity of its German patron, the 63-year-old Artur Walther. The collection is arguably one of the most significant bodies of African photo and video artwork in the world. A former Goldman Sachs partner who became a collector, patron and photo ­authority, Walther believes that “[African photography and video] is underlooked, under-researched, underdiscussed, undershown and underappreciated in the context of all other photography”.

After retiring from his career on Wall Street, Walther built the ­foundations of his collection with Chinese photographic work. Then he discovered what he calls the “convincing work” of African ­photographers with the help of ­curator Okwui Enwezor.

History and memory
With an informed perspective on territory and identity Walther ­created a body of work now housed in a museum in his birthplace of Neu-Ulm in Germany and the Walther Collection Project Space in New York. The most recent ­exhibition opened on June 16. Titled Appropriated Landscapes, the show deals with the effects of war, ­memory, energy, architecture and migration on the landscapes of Southern Africa.

Walther’s presence at the fair magnified the organisers’ intentions behind an African spotlight. ­

During a presentation at Paris ­Platform, the fair’s space for ­creating ­dialogue about photography, Walther said: “There are regions we have either never looked at or looked at in a very strange way, or are now only ­starting to look at … We are looking away from geography and we are ­looking at contexts. And we are putting these [African] artists in a different ­context.”

Walther suggested an important tipping point for African photography outside of its regional context and the frequent mentioning of African photographers’ names at the fair supported the idea, if only anecdotally. Marked by their absence, there were no African galleries at Paris Photo apart from the four major South African exhibitors.

The Bamako showcase, which featured South Africans Hussain and Hasan Essop and the often-referenced Muholi, was sadly hamstrung by an underwhelming presentation and positioning at the fair.

The Goodman Gallery showed the entire In Boksburg series by David Goldblatt as well as work from Mikhael Subotsky, Jodi Bieber and Nontsikelelo Veleko, and the Stevenson Gallery dominated the entrance traffic to the fair, showing Pieter Hugo’s Permanent Error series alongside work by Viviane Sassen.

The current fixation on archives took shape across the fair, most notably at the Daniel Blau exhibit featuring a collection titled One Giant Leap: Rare Nasa photographs, 1965-1981.
This sublime photo collection included, among others, the first photo of Earth seen from the lunar orbit (1966) and at a distance of 362?000km (1967).

Pictures by the book
Although Paris Photo is already a massive event just with the gallery component, this year it also included a book exhibition space for ­publishers and specialist booksellers. Here book signings were held alongside rare and limited-edition book sales and a book exhibition of Ed van der Elsken’s 1956 title, Love on the Left Bank.

Chantal Pontbriand, former head of exhibition research and development at the Tate Modern and a prominent art critic and ­curator, edited the official Paris Photo book, Mutations: Perspectives on ­Photography. In it Pontbriand crafts a ­notable ­compendium of text and photo essays from well-known ­sociologists, collectors and critics. Under the themes of geography, technology, society-media and the body, she navigates the concept of mutations in modern photography.

In this context she acknowledges the influence of the internet, computer science and even artificial intelligence on the art form. What Pontbriand calls “the new reality of the image” was reflected ­throughout Paris Photo — it suggested the changing conventions of photography. She hints at a transformation point and new horizons for ­photography where the “phenomena of production and reception are mixed, turned upside down, even inverted”.

A lack of nuanced, in-depth analysis has in the past led to policy blunders – with disastrous consequences
Environment

A bowl of warmth in a time of need