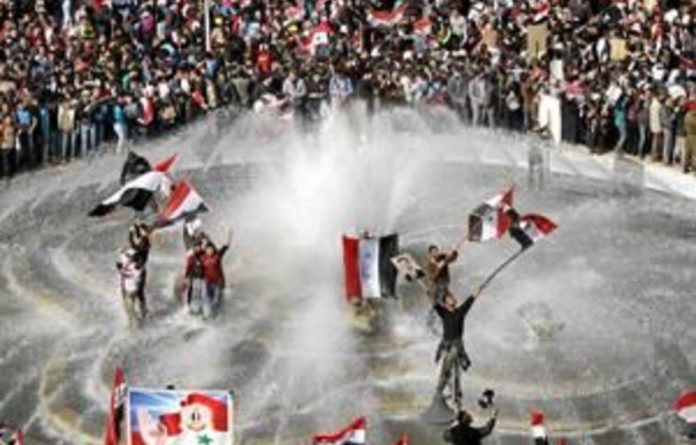 The Arab League’s unexpectedly tough action in suspending Syria, ostracising President Bashar al-Assad and inviting opposition leaders to talks in Cairo has outraged the regime in Damascus, which suspects a United States-led conspiracy to impose a forcible regime change.

But the increased hostility exhibited by Turkey, Syria’s most powerful and best-connected neighbour, may yet prove decisive as Ankara assumes a crisis leadership role.

Until the uprising tore apart old certainties Turkish Prime Minister Recep Tayyip Erdogan had invested considerable capital in improved ties with Syria, with which Turkey almost went to war in the 1990s. A turning point came with the 2004 free-trade agreement. This interdependence now gives Turkey significant economic leverage. Ankara has already imposed unilateral sanctions and is considering additional measures, including a cut in electricity supplies.

Erdogan turned the screw again this week, accusing Assad personally of “feeding on blood” after he failed to honour the Arab League peace plan. “No regime can survive by killing or jailing,” he said. “No one can build a future over the blood of the oppressed.”

Turkey’s motives are not difficult to discern. Chaos on its fragile southern flank, and Syria’s possible descent into civil war, would be reasons enough to prompt Ankara’s intervention.

But Erdogan was also incensed by weekend attacks on Turkey’s embassy in Damascus and on regional consulates, apparently orchestrated by the regime. The government issued a formal protest and advised Turks against travel to Syria, a reversal of its proud open-borders policy.

Turkey also appears motivated by a desire to keep ahead of evolving Arab opinion. “It can comfortably be said, in light of recent developments, that the countdown to the end of Syria’s Assad regime has begun,” said Today’s Zaman columnist Bulent Kenes, reflecting official opinion.

Erdogan and his foreign minister, Ahmet Davutoglu, who have long harboured regional leadership ambitions, seem to be positioning themselves for a post-Assad future.

In this push towards the Syrian endgame they have the backing of the US, for whom they are effectively acting as a local proxy in opposition to external factors such as pro-regime Russia. Given Erdogan’s sharp differences with Washington over Israel-Palestine and the Iraq war, this coincidence of view is not lacking in irony. “We very much welcome the strong stance that Turkey has taken and believe it sends a critical message to President Assad that — he should step down,” said Ben Rhodes, US President Barack Obama’s deputy national security adviser.

In several statements Davutoglu has insisted it is “no longer possible to trust the Syrian government”. Adding provocation to insult he underscored Ankara’s support for the protesters and specifically for the Syrian National Council, an opposition umbrella group based in Turkey that is seeking recognition from Ankara. “We will continue to take our place at the side of the Syrian people’s rightful struggle,” Davutoglu said.

As bilateral tensions rise, suggestions that Turkey may physically intervene in northern Syria to create a safe haven for civilians displaced by the violence are likely to resurface. Syrian refugees are already sheltering inside Turkey, as are many Syrian army defectors. Possibly anticipating Syrian retaliation, the newspaper Hurriyet reported that Turkish President Abdullah Gul recently warned Assad would pay for stirring up trouble in Turkey’s Kurdish south-east.

For its part, the Syrian regime has pressing reasons to fear Ankara’s animosity, as Gokhan Bacik pointed out in Today’s Zaman. Unlike many Muslim countries, Turkey identifies strongly with Europe, the US and Nato. And in the past decade Erdogan’s Justice and Development Party has made its brand of moderate Islamist politics acceptable to previously blinkered Western eyes.

In other words, Turkey, with its majority Sunni Muslim population, furnishes a role model for the disenfranchised Sunni majority in Syria. Not only is Ankara encouraging revolution in Damascus, it is also living proof that Assad’s politics of fear are outdated, that Syrians have before them a workable alternative paradigm, and that, after the revolution, the country’s secular, Islamist and other sectarian traditions could co-exist peacefully, Turkish-style. —

Burundi on the brink of a cataclysm

Drones will return to bite Obama in the US