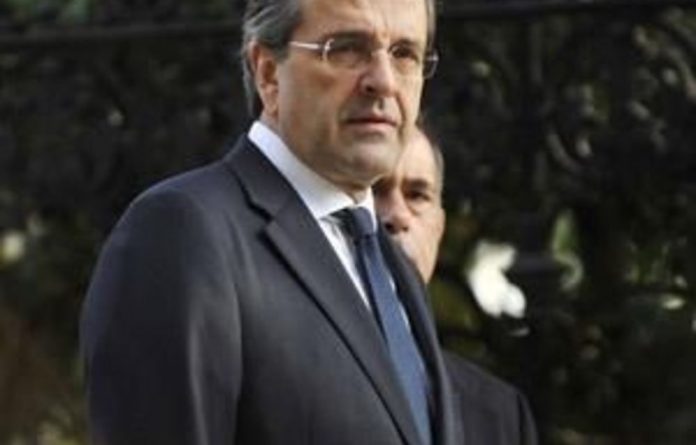 A major conservative party in Greece’s new unity government has refused, in talks with EU and IMF officials, to drop its opposition to signing written reform pledges in return for crucial loans, reports said on Saturday.

He reportedly made the remarks to senior auditors from the European Commission, the European Central Bank and the International Monetary Fund (IMF).

The officials had on Friday also held talks in Athens with Finance Minister Evangelos Venizelos and Prime Minister Lucas Papademos, a former ECB deputy chief parachuted in to lead the new coalition on November 11.

They also met on Saturday with George Papandreou, the former prime minister who leads the socialist Pasok party, the other major party in the unity government.

Written pledge
Poul Thomsen, the IMF deputy director for Europe who is leading the delegation to Athens, declined to comment after the talks.

George Karatzaferis, whose small far-right LAOS party completes the government coalition, is due to meet the officials on Sunday. He has also expressed opposition to a written pledge to Brussels.

Eurozone finance ministers have demanded written commitments from Athens on austerity measures and structural reforms before releasing an instalment of €eight-billion from a May 2010 bailout deal.

The funds are all that stands between Greece and bankruptcy next month.

A new eurozone lifeline agreed in Brussels last month, slashing the country’s €350-billion debt by nearly a third, also hangs in the balance.

Papademos will discuss the deadlock with EU President Herman Van Rompuy and European Commission chief Jose Manuel Barroso in Brussels on Monday and then with eurozone leader Jean-Claude Juncker in Luxembourg on Tuesday.

The interim government is slated to hold early elections in February and the winner will be charged with pushing through the rest of the rescue programme. Samaras is leading polls to win a four-year term. — AFP