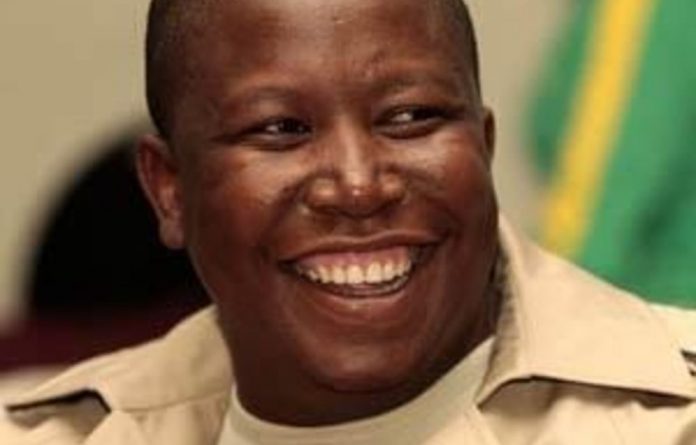 African National Congress Youth League president Julius Malema has been accused of changing the youth wing’s constitution to discredit the findings of a disciplinary hearing.

Malema and his friends have fabricated amendments to the constitution. This has been done to save Malema’s political career, said Mthandeni Dlungwane, a member of the KwaZulu-Natal’s disbanded executive.

Addressing the media after he was suspended, Malema said the national disciplinary committee (NDC) relied on an old constitution of the league which stated that ANC discipline applied to the league.

He said the constitution was amended at the league’s conference in June which meant the sentence from the ANC was not binding on its leaders.

But members of the disbanded KwaZulu-Natal branch told reporters in Durban on Sunday that the amendments were fabricated and they wanted the ANC to investigate the matter.

Disbanded
The provincial executive committee was disbanded by the Malema-led youth league for mobilising members to defy the decisions of the national executive.

Members of the disbanded provincial executive still regard themselves as the ruling party’s youth wing leaders in KwaZulu-Natal despite the fact that the provincial task team was appointed to replace them.

The disbanded committee said the constitution amendments made during the youth league congress in June were adopted during the national executive meeting in July.

“The amendments we see now are not the ones we know. Malema and his friends can’t just change the constitution”, said Sboniso Duma, a former member of the disbanded executive.

He said members of the disbanded executive committee viewed the fabrication of amendments as equivalent to treason. The changes to constitution had been manipulated as part of discrediting the findings of the NDC hearing.

Radical change
Malema warned on Sunday that the ANC’s national conference in Mangaung next year would radicalise the party.

“There is a groundswell of voices calling for change in the ANC with regards to the economy,” Malema wrote in an article published in the Sunday World.

The article was published unedited and in full.

“Nationalisation of mines and expropriation of land without compensation will be policy outcomes,” said Malema, adding the party’s new leadership would show signs of a generational mix.

He said the party had thrived in difficult conditions for close to a century because it tolerated divergent views and perspectives which were tested and adopted once there was consensus.

“The South African racist society has somewhat influenced the older comrades to believe that what is today will be forever concerning the control and ownership of the economy,” he said.

“Any voice that contradicts the status quo is vulgarised, banished and treated with disdain because the interests of the ruling class are threatened.”