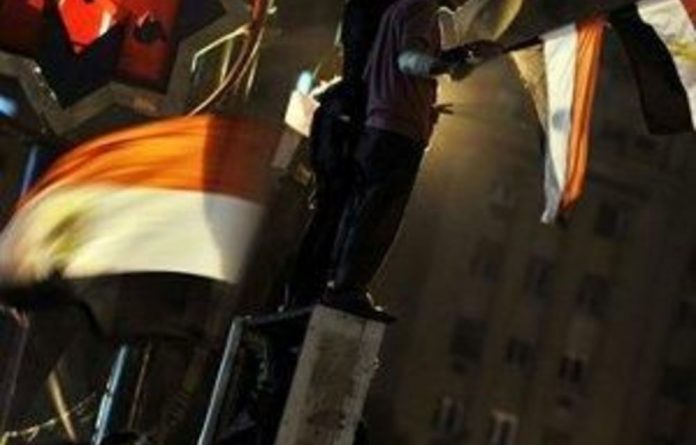 Egyptians desperate to stop bullies and cheats stitching up the country’s first free election in decades are lining up by the thousand, cameras and cellphones at the ready, to help monitors document abuses and expose the perpetrators.

Democracy activists fear wealthy candidates and well-funded Islamists will use time-worn tactics to edge out their rivals — cajoling voters, stuffing polling station queues with supporters and handing out food and medicine to sway voters.

Such tactics helped President Hosni Mubarak stay in power for decades, when membership of his party was widely seen as a requirement for high office and success in business.

The discredited party was scrapped after Mubarak was overthrown in February, paving the way for the vote, but old habits die hard and many of its members have resurfaced under new party labels or as independents.

The army council now ruling Egypt has promised an orderly election. But social unrest and sporadic violence since Mubarak’s overthrow, as well as the absence of a clear outcome, have raised the risk of clashes and intimidation at the polls.

“I am going to go down with my camera. I will talk to people and I will document every single step,” said Lilian Wagdy, a political activist with more than 23 000 followers on Twitter.

She said she would upload proof of abuses online and network with civil society groups to make sure the story gets out.

“This is the responsibility of every individual,” she said. “For the first time, the power is in the hands of the people and that has to be upheld.”

The spontaneous activism will bolster efforts of at least 10 000 judges and 120 civil society groups overseeing the vote.

The High Elections Commission is issuing 25 000 monitor permits, late in the day but far more than in a widely-discredited 2010 election. At least 30 000 individuals say they want to help oversee the vote, some using websites, social media and SMSing, rights groups say.

On the eve of the polls, confusion reigns. Some parties have started campaigning while simultaneously calling for a boycott, saying the vote makes no sense while protesters massed in the capital Cairo demand the army gives up power.

The rules changed this weekend to extend each voting round to two days. Monitor permits were still being issued on Sunday.

“There is an astounding amount of ambiguity. You have to be willing to suspend scepticism and cynicism and just roll with it,” said Les Campbell, Middle East and North Africa director at the Washington-based National Democratic Institute, one of the groups monitoring the vote.

Democracy campaigners, who have trained more than 1 000 extra observers compared to last year, still think Egypt can pull off a fair election if the honest stay vigilant.

Kamal Sedra said his firm, which promotes technology to empower citizens, had received 200 videos and 400 photos of alleged abuses in the 2010 polls. He expects more this year.

His organisation and others have been training citizens to take photos with their telephones without being noticed to avoid angry reprisals.

“The best thing to come out of the revolution is that people feel they have a role to play, not just to elect new leaders, but to report violations too,” said Sedra.

Some parties accuse the Muslim Brotherhood, Egypt’s most organised political force, of buying votes, offering meat and cheap medicine in poor neighbourhoods under the guise of charity.

They say Brotherhood activists are flouting a ban on religious slogans and telling voters that backing its Freedom and Justice Party is a religious duty.

“We hope that since the revolution people have learned not to succumb to these pressures, which amount to an abuse of religion,” said prominent human rights lawyer Mouna Zulfakkar.

She and other activists expect the Brotherhood to employ another tactic from Monday — organising mass prayers near polling stations and telling its supporters to revolve back and forth all day in queues to block others from voting.

“The Brotherhood is organised and well trained to go into elections and our performance will be calm and professional. We aim to secure 40%, give or take, of Parliament,” he said.

Credibility threat?
With thousands of Egyptians likely to be collecting evidence during a month of staggered elections, more seasoned monitors are warning of a tide of revelations that could irreparably tarnish the vote, even if it is mostly fair.

“You won’t get reports of polling stations that are perfectly quiet,” said Campbell. “No one wants to whitewash or bless a flawed process, but you also don’t want to convince people it is flawed before they even get a chance to vote.”

After nine months of bumpy army rule, Egypt now faces a full-blown political crisis as the military tries to replace a government that resigned last week and convince disenchanted citizens that its plan for an orderly transition to civilian democracy is still credible.

Holding a peaceful vote on time would help their cause. But there are fears that police, demoralised by a week of clashes with protesters, will fail to enforce security. Rules on protecting ballot boxes at night remain vague.

“Nothing is clear at all,” Sherif Abdel Azim of the Egyptian Platform for Non-Partisan Parliamentary Electoral Observation said. “I am not expecting a smooth election. The security situation is very bad and it is likely there will be violence.” – Reuters

US seeks to build new relationship with Egypt

Morsi calls for an end to the bloodshed in Syria